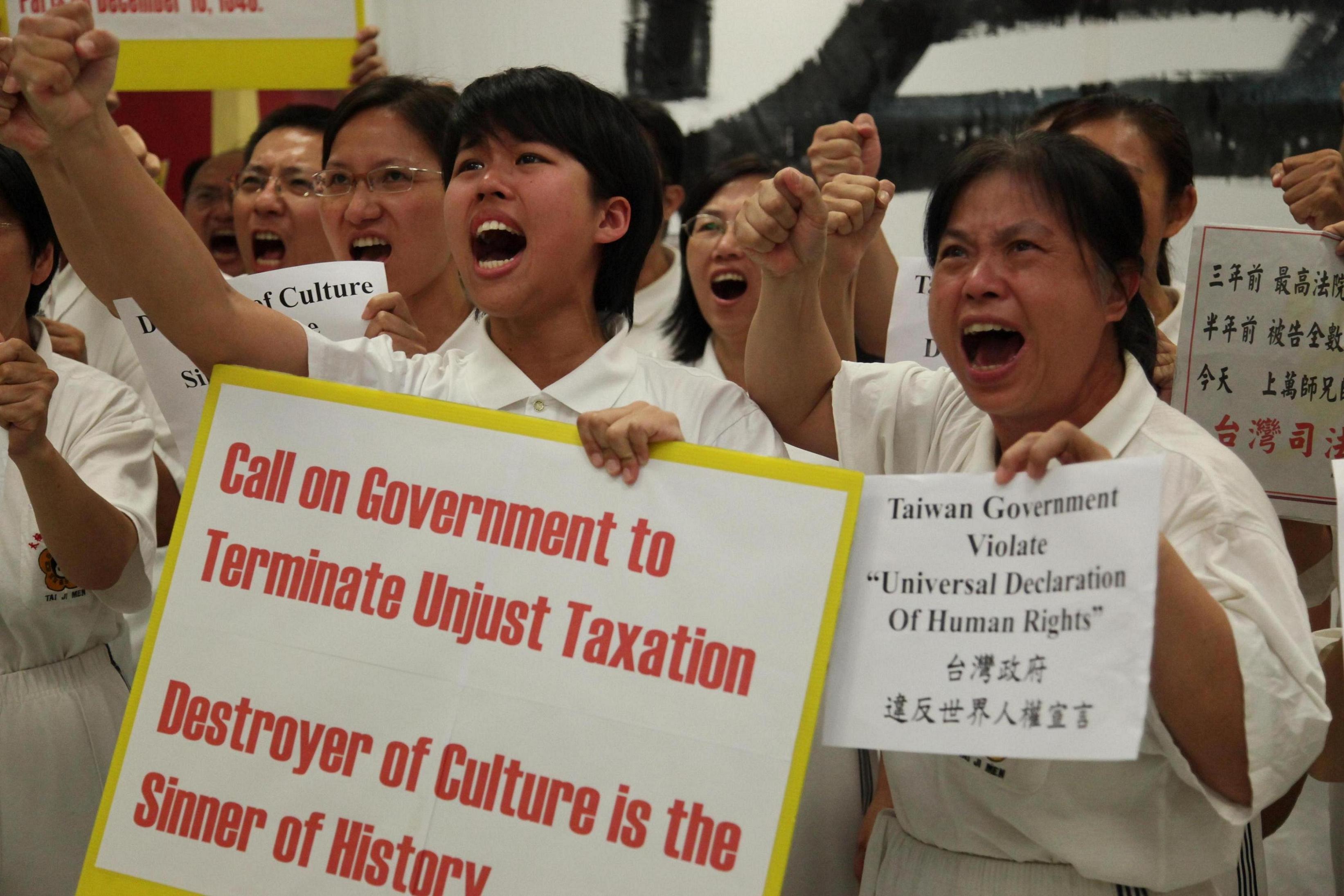 Members of Tai Ji Men Qigong Academy released a press statement early this week against tax authority's seizure of the academy’s real estate property. The tax authority “assessed unfair and inequitable taxes on Tai Ji Men and violated many tax codes,” they challenged.
International human rights organizations in the United States, France and Russia are calling on Taiwan government to terminate unjust taxation to improve transparency of administration, they claimed.
“Tai Ji Men is tax-exempt because it is neither a cram school nor a profit organization. The tax case is derived from the unlawful and untrue accusation filed by Prosecutor Ho Kuang-jen, who made up income of over NT$ 3.2 billion out of bank accounts with balances of only NT$610,000 and plus,” the statement read.
Tai Ji Men followers must express gratitude and respect with the tutor by presenting the latter a red envelope. The court recognized that the act is voluntary giving in nature and should therefore be tax-exempt as per Article 4.17 of tax codes. The ordering of uniforms and meditation mat is an act out of brotherhood, not profit-seeking; the tutor has never involved in the ordering, they said.
They pledged that Tai Ji Men will stand up against the abuse of government power and make public the facts of persecution of state violence.