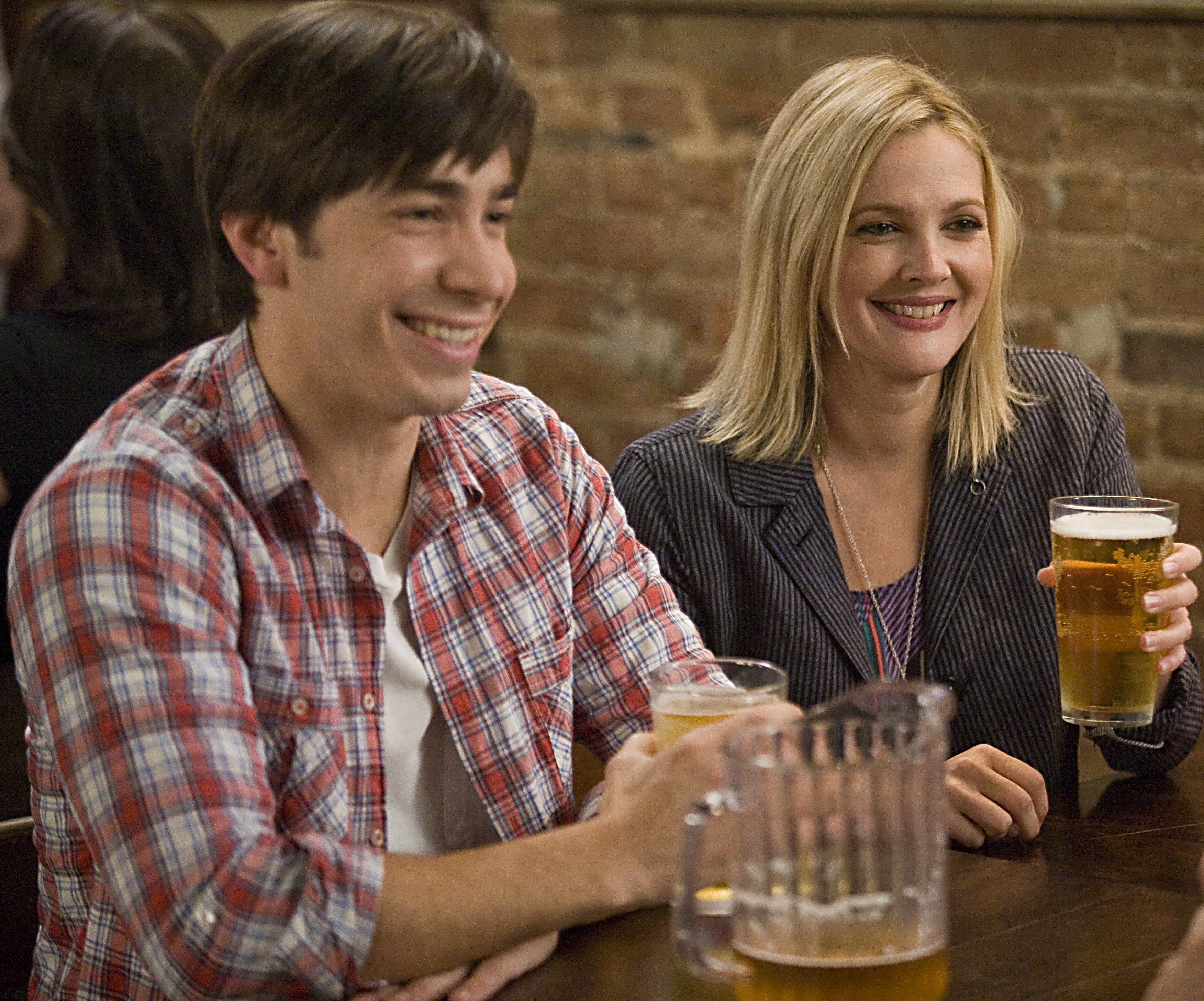 'Going the Distance'
真愛零距離
Directed by: Nanette Burstein
Starring: Drew Barrymore
Opens Taiwan: now showing
In "Going the Distance," Drew Barrymore plays a quick-to-laugh, ambitious young hipster who loves cool indie bands, "Shawshank Redemption" and playing the old arcade games in bars. Jason Long, on the other hand, plays a quick-to-laugh, ambitious young hipster who loves cool indie bands, "Shawshank Redemption" and playing old arcade games in bars.
The characters - Erin and Garrett - might as well have the same brain. As soon as they meet, their patter and laughter is nonstop, and after close to two hours with them, you may start wishing for mechanical troubles on one of the cross-country flights that connects their long-distance relationship.
"Going the Distance" charts the trials of early 30s love, strained by logistics and the restrictive job marketplace of a recession.
Garrett is an A&R man for a mainstream music label, and Erin is a 31-year-old trying to break into journalism. When her internship in New York at the fictional newspaper the New York Sentinel expires, she returns to San Francisco to finish her graduate studies.
But she and Garrett, who first meet casually on a boozy night, find that they've fallen in love. With the help of texting and Skyping, they try to "make it work."
The main alteration to the simple formula of "Going the Distance" is a heavy insertion of R-rated humor. Garrett and Erin exhibit genuine horniness, a bit of realism seldom seen in romantic comedies that generally represent the higher ideals of relationships.
Most of the crudeness, though, comes from the supporting cast, largely populated by comedians.
Charlie Day (the exceptionally funny co-star of "It's Always Sunny in Philadelphia") and Jason Sudeikis ("Saturday Night Live") play Garrett's sensitive frat boy buddies. Erin's support system is her sister (Christina Applegate, again showing as she did in 'Anchorman,' that she slides well into comedy). Jim Gaffigan, Rob Riggle and Kristen Schaal also have small roles.
All the best bits of "Going the Distance" come from this crew, but the tone still feels out of place. It's as though director Nanette Burstein, working from Geoff LaTulippe's screenplay, tried to surround a sappy rom-com with Judd Apatow-inspired yucks. It comes across as desperate for laughs.
This is Burstein's first feature film, but she has directed several notable documentaries, including 2008's "American Teen," which took the stylish approach of an MTV reality series.
Much of "Going the Distance," too, feels contrived. The couple-surrounded-by-quirky-friends dynamic is as obvious as the movie's New York locales and well-positioned indie band posters. Various products make blatant advertisements. The offices of the Sentinel (shot at The Associated Press headquarters) are so overstuffed with young-looking extras as to look more like a nightclub than a newsroom. An unfortunate band, the Boxer Rebellion, is used for a simple and dated view of the music industry.
Barrymore's charm is that she will forever be the lovesick teenager. She's been coy about reports that she and Long are an item off-screen. They are both likable actors, but in "Going the Distance," they are close to insufferable.