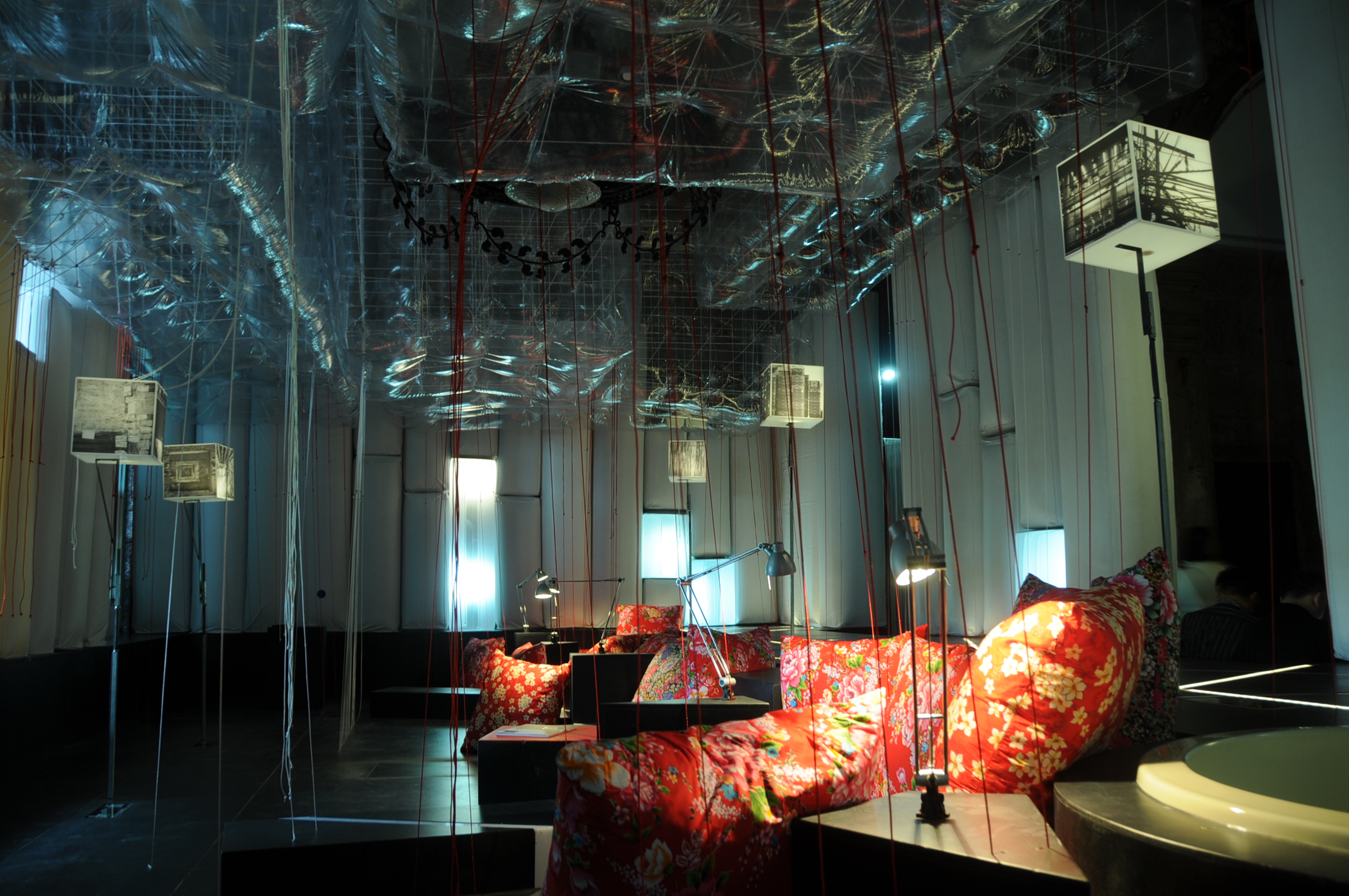 "Take a -- Break"
The twentieth century has seen the rapid growth of information technology, erasing the demarcation of nations. But with the fading of lines between nations, the world has rapidly turned into another more powerful system. In this system, "Fast" is the latest fad of mainstream ideas. Yet the notions of "fast" and "slow" do not run along parellel lines engaging in mutual criticism and clamor; instead they co-exist by playing tug-of-war. And so we are curious: against the backdrop of such rapid changes, how do we slow down to quietly savor this interesting new era?
The Taiwan Pavilion for the Venice Architecture Biennale 2010 is themed "Take a ------ Break". The organizers hope to provide conditons that allow the audience to interact with the works, so that the audience can be involved in the creation of the works and their meanings. They wish to move beyond the one-way interpretation of architecture, and try to redefine space as it means to the individual by considering the user's activities. The empahsis is that the exhibition itself is a reflection on architecture. The Taiwan Pavilion has created an inflated exhibition space with images of Taiwan; when visitors step into the Palazzo delle Prigioni they embark on a journey of rethinking architecture.
The 12th Venice Architecture Biennale's main proposition is that a work should depart from its reconstructed scene and return to its intrinsic quality. The meaning of architecture should be revealed and established by the viewer's interpretation. The intrinsic value of a work however, is not something that is fixed and unchangeable. What the Taiwan Pavilion "Take a -- Break" of the 12th Venice Architecture Biennale wishes to express is not the phenomena of locan
Taiwan, but the present situation of the entire humanity.