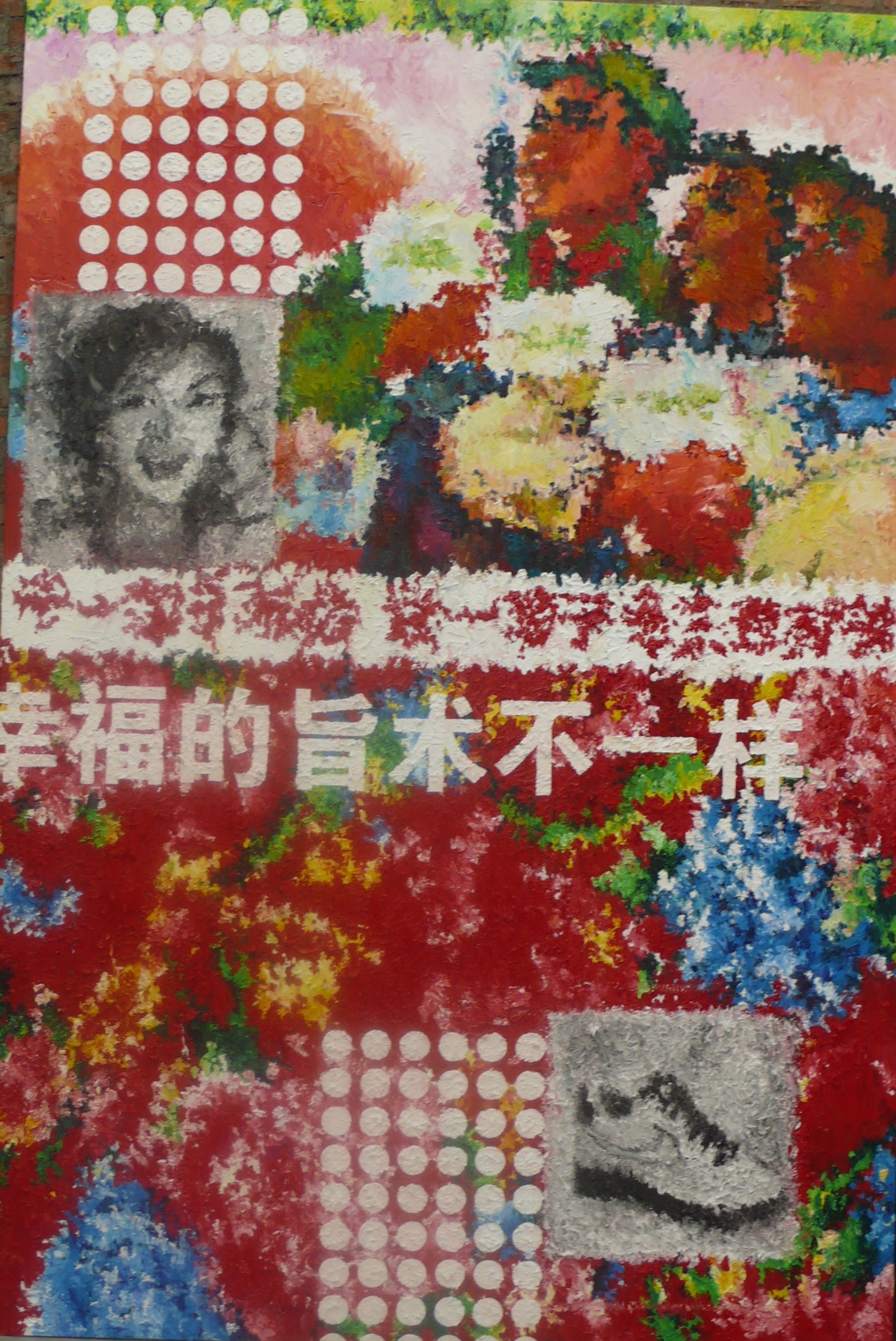 "From the West to the East - From Mainland China to Taiwan"
Among the artists of Wang Yigang'存 generation, Wang is not only considered rebellious, but an out-right leader in challenging the status quo. Being "against the Revolution," Wang opposed not politics, but art. Wang rejected the Realist canon of his contemporaries, and instead sought out new boundaries in Abstract Art. In the conservative Chinese society of the 1980s, this was considered a courageous move. In addition, Wang then experimented with the Post-Modernist style of Pop art. Demonstrating his understanding of both Abstraction and Pop, Wang has appropriated these two Western styles into his distinctively Chinese work, and has therefore caught the attention and praise of many critics.
While Wang Yigang'存 current exhibition at Huashan Creative Park is his first in Taiwan, it is the second in the series of exhibition, in which the first presented at Today Art Museum in Beijing. The exhibition features an accumulation of Wang'存 works from the last twenty years, including fourteen Abstract paintings, as well as ones more Pop-oriented works, such as Liberation of Taiwan and Different Definitions of Happiness. The phrase "Liberation of Taiwan"?in China is more or less the same as "Re-conquering the Mainland"?is in Taiwan, as both phrases are used as nouns rather than verbs; Wang starkly brings attention to the dreams and realties of his generation.
Even as the Chinese authorities are recognizing the true devastating nature of the Cultural Revolution, Wang Yigang recalls the time period as a treasured childhood, in which there were no homework, no exams; only the occasional purging of school teachers. In contrast with the last thirty years, so much has improved. While the inflation upped everything from market prices to blood pressure, Wang'存 state of happiness remains the same. Aside from painting, his favorite past time is fishing.