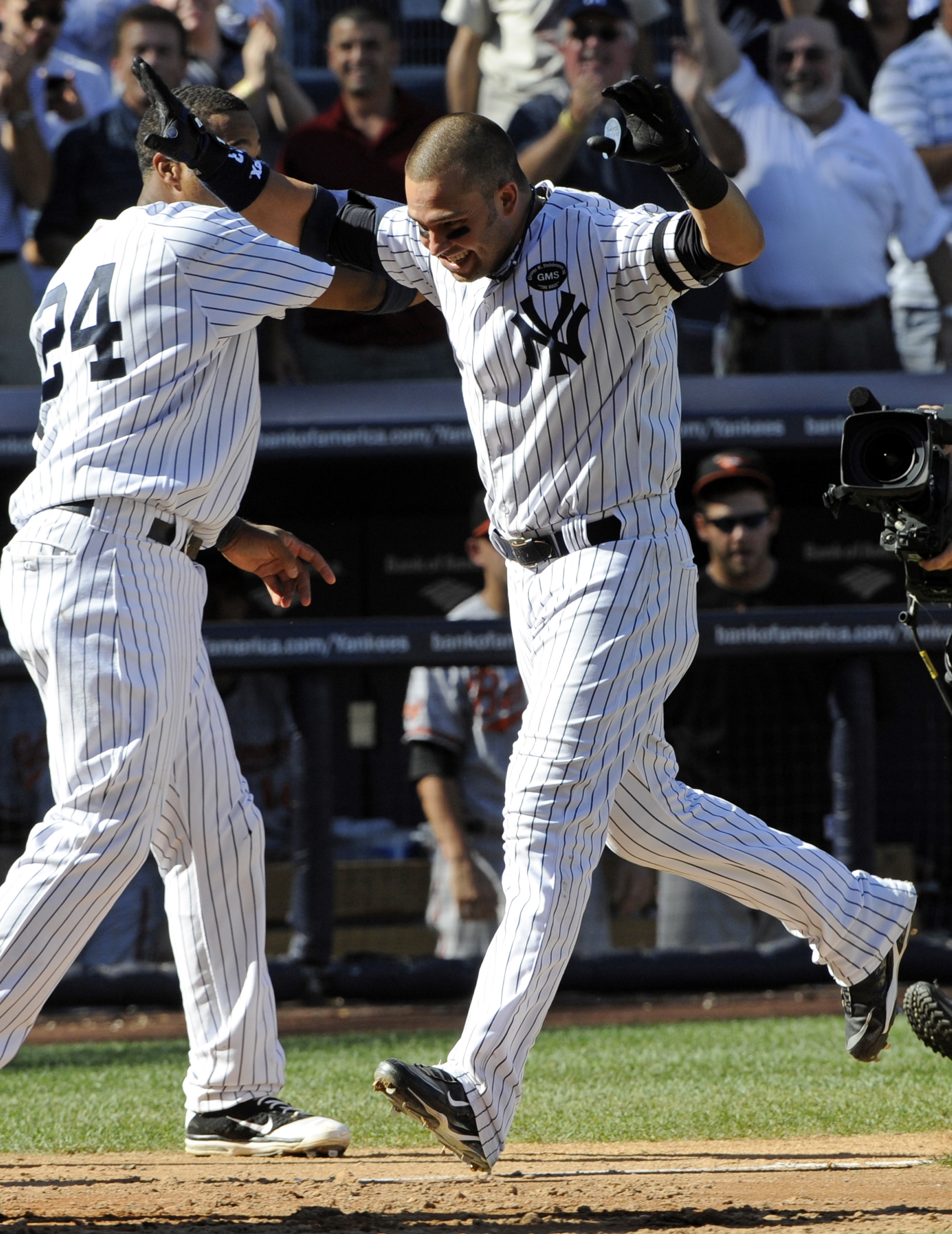 Nick Swisher hit a two-run homer off Koji Uehara in the bottom of the ninth inning Wednesday to give the New York Yankees a 3-2 victory over the Baltimore Orioles.
With the Orioles closing in on their first three-game sweep in the Bronx since 1986, Alex Rodriguez opened the ninth with a single on the first pitch from Uehara (1-1). Robinson Cano flied out and Swisher drove a 2-0 pitch to the opposite field, into Baltimore’s bullpen in left-center.
It was Swisher’s 26th homer this season and his third career game-ending shot. Matt Wieters hit a two-run homer for Baltimore.
Red Sox 11, Rays 5
At Boston, Tim Wakefield became the oldest pitcher to win for Boston, which backed the 44-year-old knuckleballer with five home runs in a win over Tampa Bay.
Marco Scutaro hit two homers and Adrian Beltre, David Ortiz and Victor Martinez also connected. Four of the homers were off Matt Garza (14-8). Wakefield (4-10) surpassed Hall of Famer Dennis Eckersley, who was 43 when he got his last win for the Red Sox.
The Rays dropped to 2 1/2 games behind the American League East-leading Yankees. Boston is nine games behind New York.
B.J. Upton hit a three-run homer for Tampa Bay.
Rangers 8, Blue Jays 1
At Toronto, Ian Kinsler led off the game with a home run and Derek Holland won for the first time since mid-May as AL West-leading Texas stopped its losing streak at five games. vNelson Cruz also homered for Texas, which had lost seven straight to the Blue Jays since a victory on opening day. Kinsler hit the 13th leadoff home run of his career and first this season. Cruz launched a two-run drive off the center-field restaurant in the ninth, his 17th.
Jeff Francoeur added three hits for the Rangers.
In other games: Twins 4, Royals 3; Tigers 5, White Sox 1; Angels 4, Indians 3, 16 innings; Athletics 4, Mariners 3
National League
The Colorado Rockies beat the struggling Cincinnati Reds 9-2 in the National League on Wednesday, earning their sixth consecutive victory despite losing starting pitcher Aaron Cook to a broken leg.
Cook was struck in the lower right leg by a line drive off the bat of Joey Votto in the sixth inning. The team initially reported the injury as a bruise, but X-rays revealed a fracture. Cook (6-8) allowed one run in five-plus innings.
Troy Tulowitzki provided the bulk of the offense, hitting a three-run homer off Bronson Arroyo (14-10) in the third and a solo shot two innings later. The Rockies matched their longest winning streak of the season and remained 4-1/2 games behind both NL West leader San Diego and wild-card holder Atlanta. Despite their fourth straight loss, the Reds still lead the NL Central by six games over St. Louis.
Phillies 10, Marlins 6
In Philadelphia, Ryan Howard had six RBIs to power Philadelphia past Florida. Howard hit his 28th homer of the season and the NL East-leading Phillies had a season-high 18 hits.
Philadelphia starter Cole Hamels got the run support he had been missing most of the season. Hamels (10-10) pitched seven innings and extended his consecutive scoreless innings streak to 25. He struck out five and won his third straight start.
Phillies shortstop Jimmy Rollins left with tightness in his right hamstring. Florida starter Andrew Miller (1-1) gave up seven runs in four innings.
In other games: Padres 4, Dodgers 0; Brewers 8, Cardinals 1Diamondbacks 3, Giants 1; Mets 3, Nationals 2; Braves 9, Pirates 3; Astros 4, Cubs 0