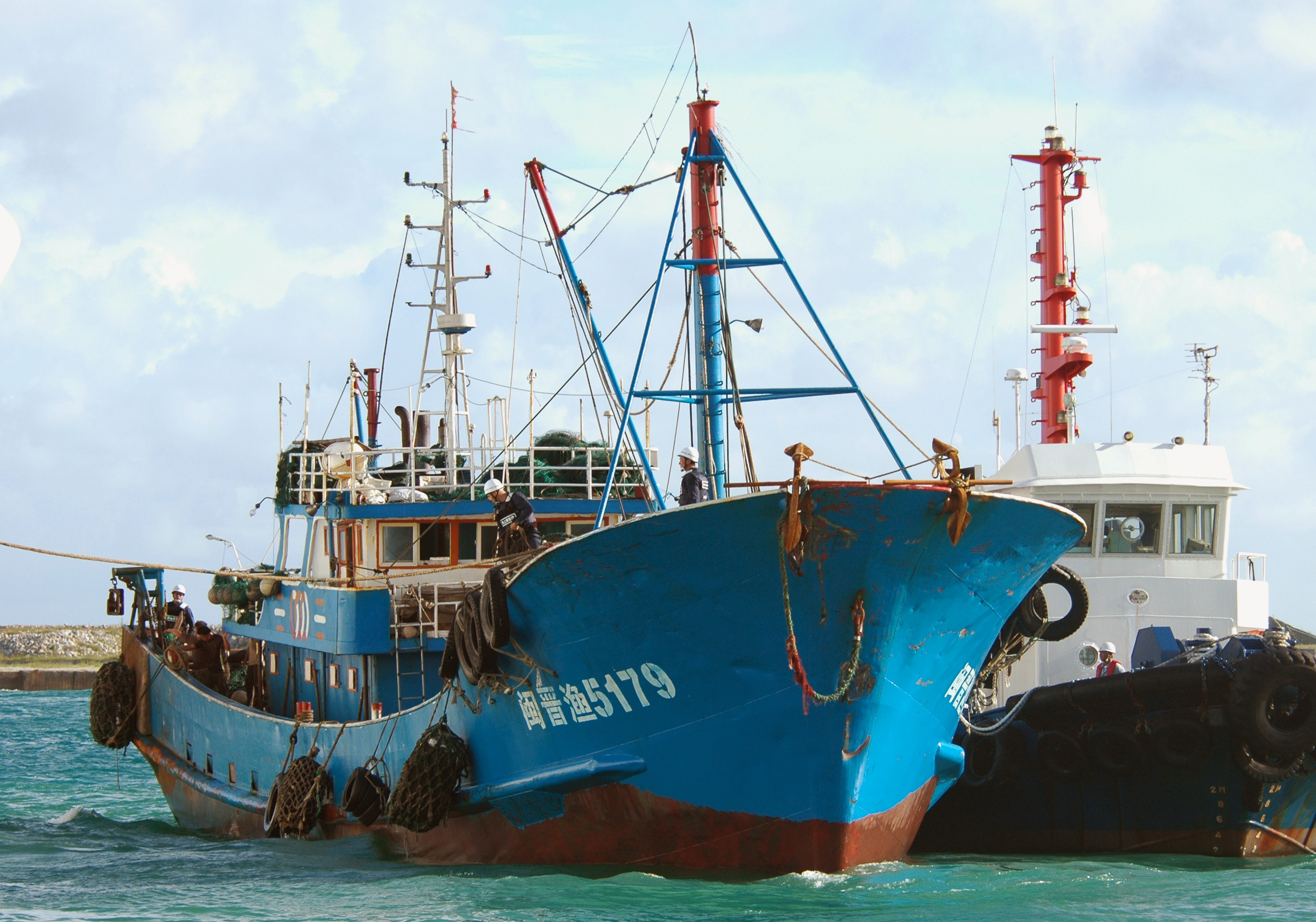 China yesterday called the seizure by Japan of a Chinese trawler that collided with two Japanese coast guard vessels and the arrest of its captain "absurd," warning it could adversely affect ties.
The foreign ministry in Beijing said a "law enforcement ship" had been deployed to the area of the East China Sea where the collisions took place, near an island chain claimed by both nations, to protect Chinese fishermen. The uninhabited islands - known as Senkaku in Japan and Diaoyu in China - lie between Japan's Okinawa island and Taiwan. They are claimed by Tokyo, Beijing and Taipei and are frequently the focus of regional tensions.
"The Japanese side applying domestic law to the Chinese fishing boat operating in this area is absurd, illegal and invalid, and China will never accept it," foreign ministry spokeswoman Jiang Yu told reporters.
"If improperly handled, (the incident) could have a serious impact on the larger interests of China-Japan relations," she said.
Jiang called for the unconditional release of the crew and the boat, "so as to avoid a further escalation of the issue" and said a "law enforcement" ship had been sent to the area to "protect the safety" of the fishermen in the area. China has twice summoned Japan's ambassador to demand the release of the boat's captain, who was arrested Wednesday on suspicion of obstructing officers on duty, a charge that carries a maximum sentence of three years' imprisonment.