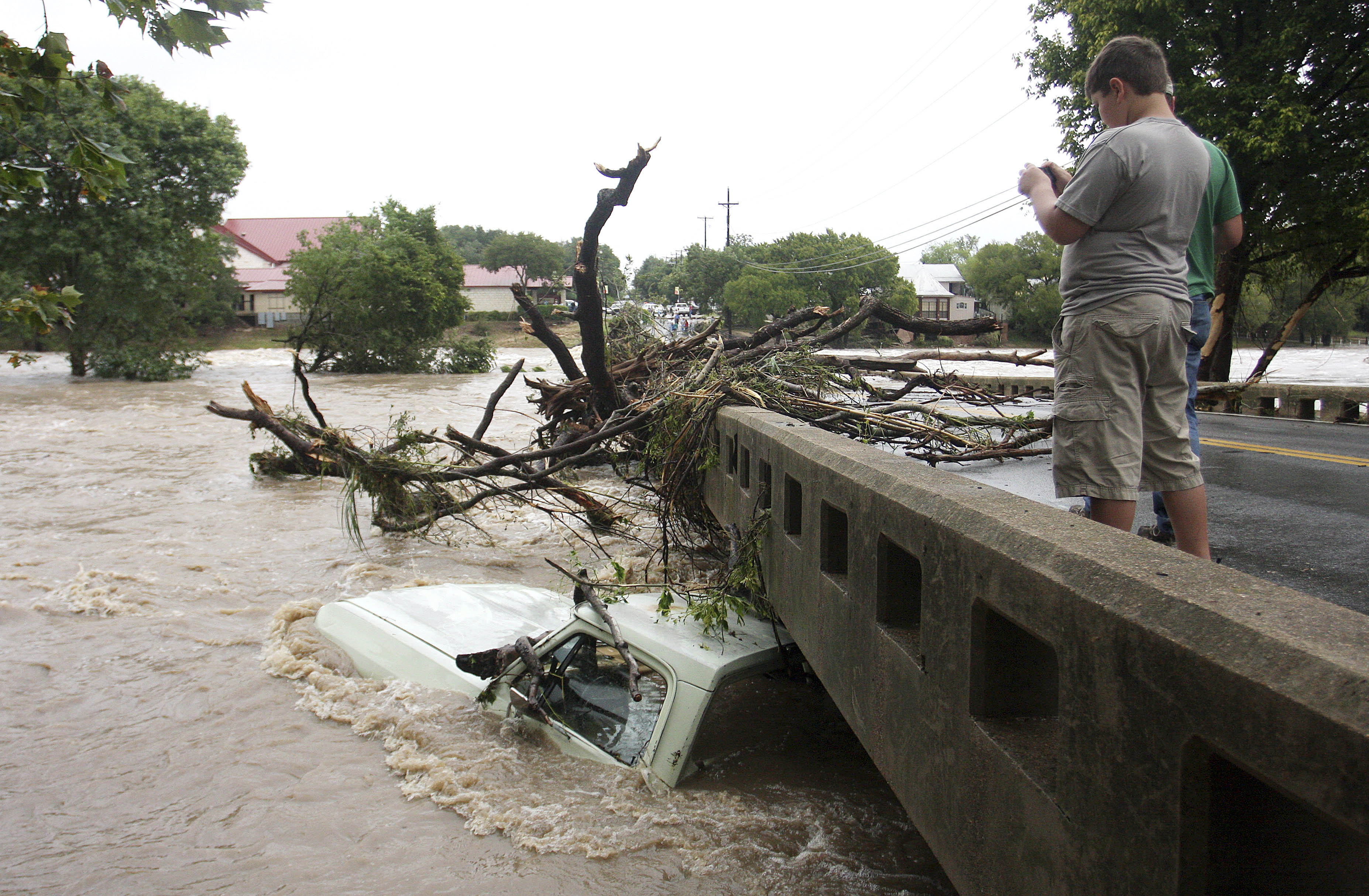 The remnants of Tropical Storm Hermine caused widespread flooding in northern Texas and began buffeting southern Oklahoma on Wednesday, killing at least two people and submerging low-lying pockets of Arlington under several feet of water.
Firefighters used trucks and ladders to reach residents of one Arlington apartment complex who were stranded on the upper floors of their homes by murky water that suddenly surrounded them. The sudden deluge, which surprised many residents because of the relatively weak punch the storm packed when it made landfall Monday night, sent at least one vehicle floating across the complex's parking lot.
In a neighborhood nearby, firefighters were asking homeowners if anyone had been swept away by the creek's fast-moving waters, which turned an open field of wild grass and flower into a temporary lake. The waters carried away trampolines and storage sheds, knocked down fences and retaining walls and uprooted trees, which could be heard cracking in the nearby woods.
The creek appeared to be about 15 feet above its normal levels, nearly overtaking a four-lane bridge and flooding a park. A paved walking path through the park ended abruptly in the water.
Coffee-colored floodwaters rushed past roller coaster tracks at a Six Flags amusement park. Bewildered residents surprised by the extent of the flooding waded through waist-deep water in the streets.
By mid-afternoon in Arlington, the rain had ceased, the waters had receded and the sun was shining. But the storm was just reaching southern Oklahoma, where strong winds toppled several outbuildings and forced the closure of a highway.
Authorities said the flooding killed at least two people, and they were searching for a woman in Austin whose vehicle was swept away by a raging creek.
A 49-year-old man drowned after being swept away from his pickup truck by a flooded creek between the cities of Alvarado and Lillian, about 20 miles south of Arlington, Johnson County Sheriff's Department Capt. Mike Gilbert said. The man's body was found about 200 yards from his truck.