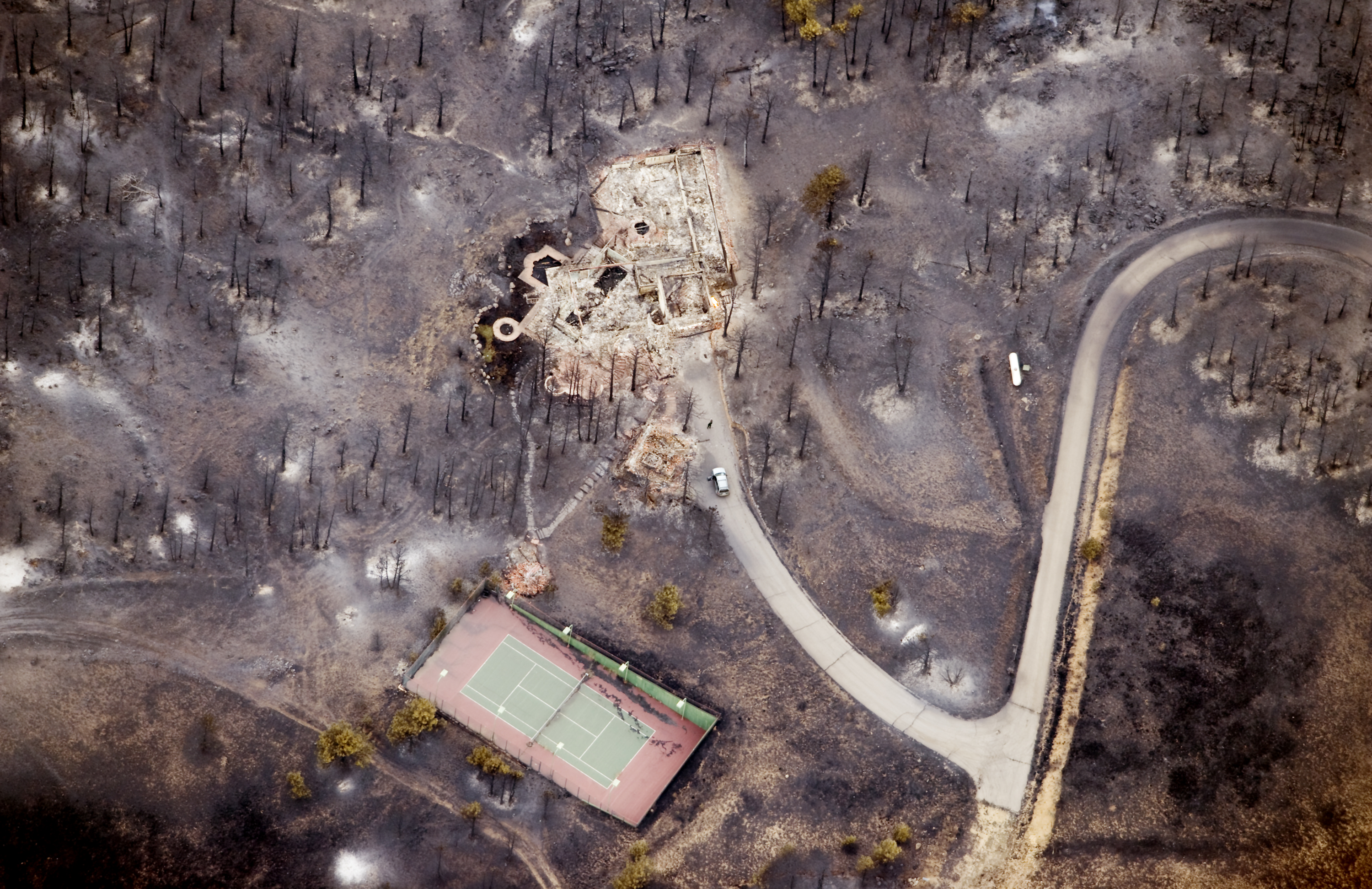 A wildfire burning in the canyons and steep mountainsides near Boulder became one of the most destructive blazes in Colorado history Wednesday as authorities determined it had destroyed at least 135 homes in just three days.
The dire assessment came on the same day firefighters were able to contain about 10 percent of the blaze that has scorched about 6,200 acres, or roughly 10 square miles. It was the first time officials reported being able to hold any part of the 20-mile-long fire perimeter.
Firefighters encountered a tangle of rattlesnakes, downed power lines and combustible propane tanks and struggled to get an upper hand on the inferno.
The Boulder County sheriff's office said Wednesday that 135 homes have been destroyed - a toll likely to rise as the blaze rages on and firefighters get a clearer picture of the damage.
About 3,500 people have been evacuated from about 1,000 homes stemming from a fire that broke out in a parched area near of Boulder on Monday. Residents of four neighborhoods will be allowed to return home yesterday morning. It wasn't clear how many homes that involves.
Four people remain missing as some residents have stayed behind and risked their lives to try to save their homes. No deaths or injuries have been reported at this point, and the cause of the fire was not known.
The fire west of Boulder is not large in terms of size, but it struck in a populated area that inflicted major property damage.