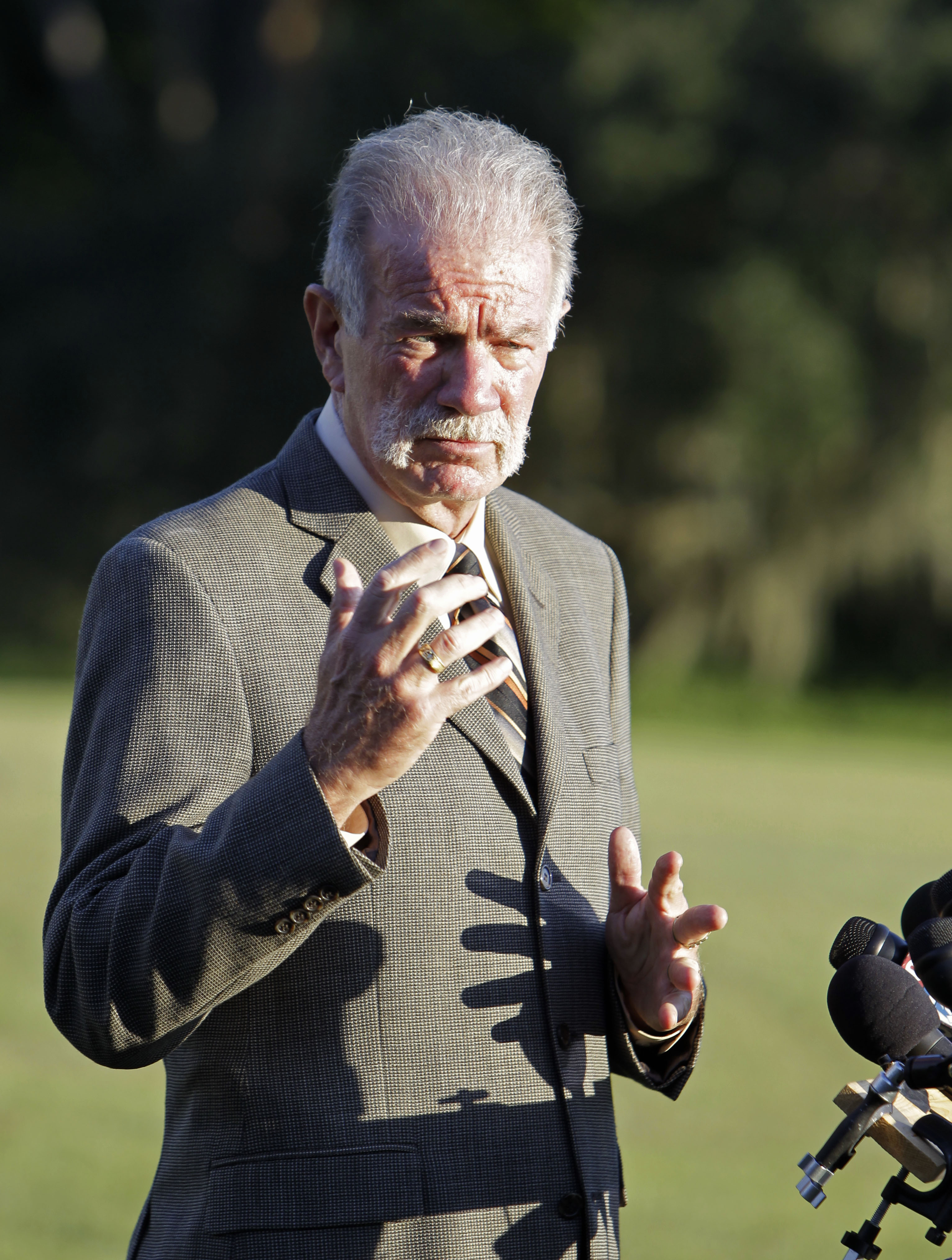 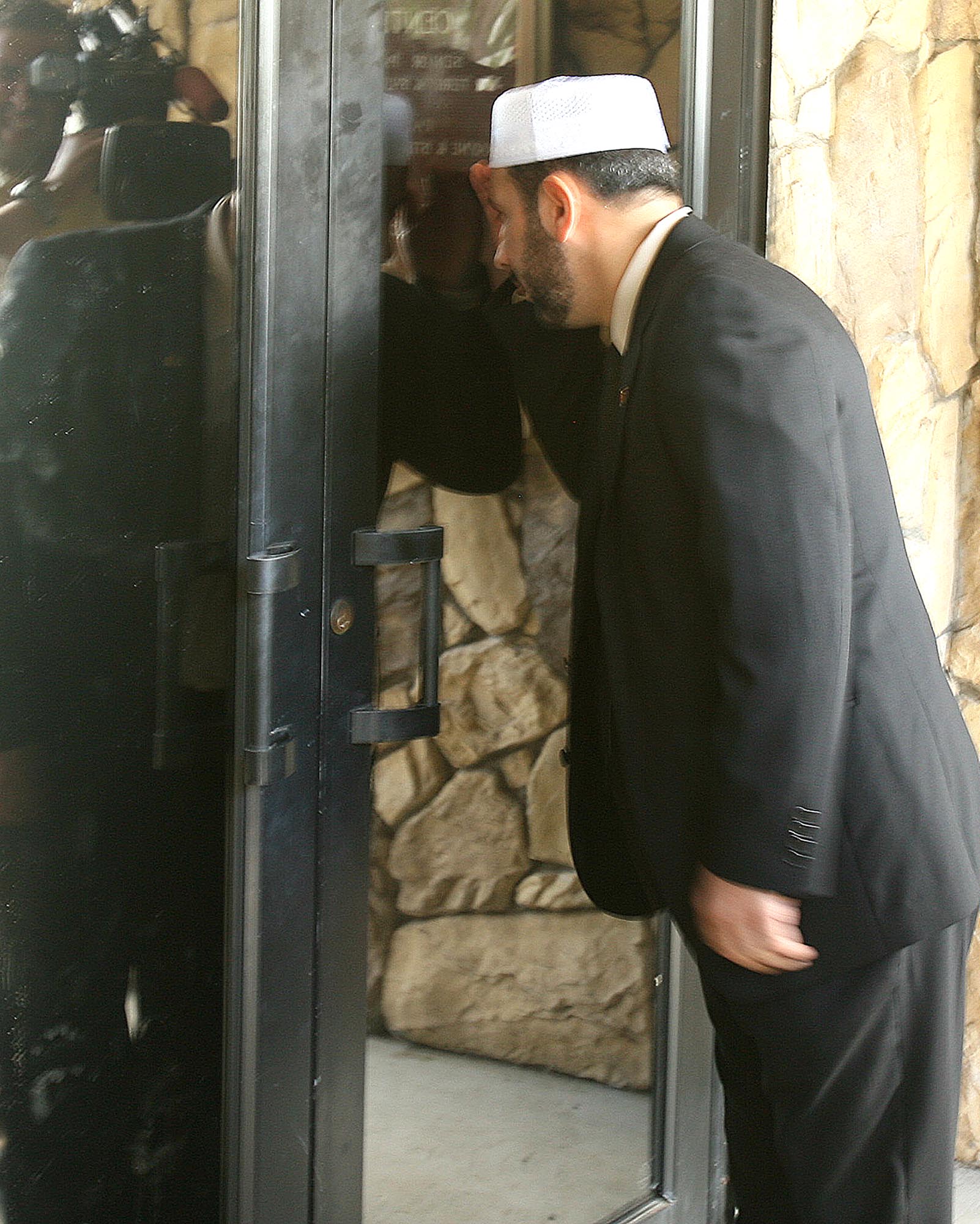 The Florida pastor who plans to burn the Quran on the anniversary of 9/11 is rooted in Pentecostal tradition that believes Christians are engaged in a modern-day spiritual battle with evil.
For Terry Jones and his Dove World Outreach Center, Islam is that evil, a world view drawn from his politics and theology - as well as an apparent thirst for publicity for his tiny, independent church.
"Our burning of the Quran is to call the attention that something is wrong," Jones said Wednesday at a brief news conference outside his Gainesville church. "It is possibly time for us in a new way to stand up and confront terrorism."
Jones is under worldwide pressure to drop his plan to burn copies of the Muslim holy book Saturday. Condemnations have poured in from Gen. David Petraeus, the top U.S. and NATO commander in Afghanistan; Secretary of State Hillary Rodham Clinton; the Vatican; and elsewhere.
"As of this time, we have no intention of canceling," Jones said.
Conservative Christians have taken pains to distance themselves from the event.
The National Association of Evangelicals, an umbrella group for theologically conservative Christian churches nationwide, issued a statement July 29 urging Jones to cancel the burning "in the name and love of Jesus Christ."
The Rev. Richard Land, head of the public policy arm of the Southern Baptist Convention, the nation's largest Protestant group, called the plan abhorrent. George Wood, general superintendent of the Assemblies of God, one of the largest and best-established Pentecostal denominations, warned of damage to Christian-Muslim relations.
Yet, there is no sign that Jones will be persuaded by other Christians. He is as critical of them as he is of Islam, calling other pastors failed religious warriors in what he considers a secular world bent on silencing Christians.
"The real problem is not the politicians or even Islam," Jones said, in his YouTube video series called "The Braveheart Show," inspired by the Mel Gibson movie. "The real problem is not our educational system that wants to remove God from every part of our society. The problem is the church has laid down. The church has given up."
Jones' road to notoriety began in 1986 in his living room, where he founded Dove World Outreach Center, which operates out of a sprawling property in Gainesville. Despite its impressive name, the church has only about 50 members.
Its property has served as a sometime storage site for Jones' furniture business, a violation of Dove's tax-exempt status that was punished with a county fine and partial loss of nonprofit standing, The Gainesville (Fla.) Sun reported. Jones previously founded a small church in Germany, the Christian Community of Cologne, and was accused by his daughter and a former church elder of using donations to enrich himself, the Sun reported.
In an interview Wednesday with reporters, a leader of the Cologne church, Stephen Baar, said only that Jones was thrown out over a difference in leadership style. Jones has denied any wrongdoing. The pastor's troubles extend to his use of the title "doctor."
Jones calls himself "doctor" as do members of his church, but the title comes from an honorary degree that hangs on his office wall. He says he was given the diploma by the California Graduate School of Theology, an obscure school that boasts on its Web site that it's so independent, it has never been accredited. In 2002, Jones was convicted by a Cologne administrative court of falsely using the title and was fined US$3,800, German media reported.
Dove's religious beliefs are spelled out in a comparatively brief statement of faith on its website.
The church frequently mentions "apostolic leadership" and "apostolic anointing," terms from Pentecostalism, which teaches that the Holy Spirit can manifest itself today through speaking in tongues, healing and other miracles. But Jones has no apparent ties with any major groups or thinkers in Pentecostalism, according to Vinson Synon, dean emeritus of Regent University's School of Divinity, who has studied Pentecostals for decades.
"It's a church doing its own thing," Synon said.
The Smoking Gun on Wednesday posted what it says was a copy of the Dove World Outreach Center rule book that included demands for obedience from church members and directives to cut off most contact with relatives.
Jones' animosity toward Islam can also be found among some other hard-right conservatives, especially since 9/11. Yet, Jones' brand of confrontation, spelled out in his book, "Islam Is of the Devil," seems in a category of its own.
For many Christian conservatives, criticism of Islam is rooted in the longtime persecution of Christian minorities in predominantly Muslim countries and in bans on Christian missionaries working in those same nations. Christianity and Islam are both evangelizing faiths that are in competition in many areas. Many conservative Christian churches have seized on the threat from Islamic extremism the way they railed against communism during the Cold War.
However, Synon said he has never heard of any Pentecostals burning the Quran.
Jones met privately in the church Wednesday with the president of the Islamic Society of Central Florida, Imam Muhammad Musri, who afterward described their discussion as cordial and polite. At an interfaith news conference Tuesday in Washington, religious leaders said some have tried unsuccessfully behind the scenes to reach out to Jones and stop him.
"I'm hoping and praying they'll change his mind and express his views in a different fashion that is more appropriate," Musri said. "I believe our hearts are in the hands of God, and God can change his heart."
Rachel Zoll is an Associated Press religion writer. AP writer Mitch Stacy contributed from Gainesville, Fla.; AP writer Melissa Eddy contributed from Berlin.