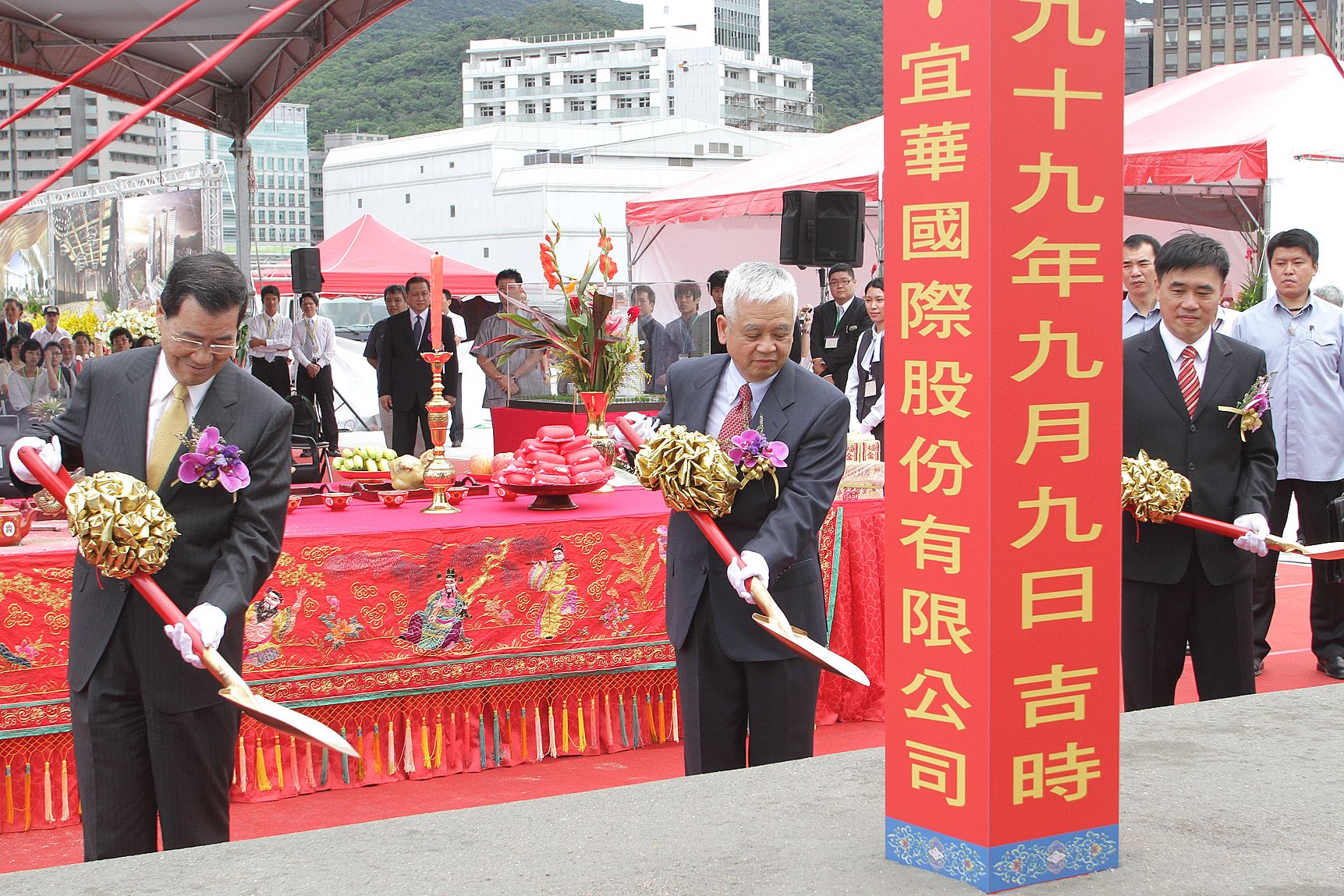 B.V. Riu, owner of The Sherwood Taipei, hosted the groundbreaking ceremony of a new hotel in Da-Zhi yesterday. The Yi-Hwa International Hotel, a "Four-in-One" multi-functional hotel-business complex situated conveniently in the heart of Neihu Science Park, is well poised to provide a wealth of business, recreational and dining facilities in support of the rapid development of the Greater Neihu Science Park.
Scheduled to open in the second quarter of 2014, the groundbreaking ceremony for Yi-Hwa International Hotel was jointly performed by Vice President Vincent Siew, Taipei City Mayor Hau Lung-bin and Riu. "Our goal is to provide a meeting venue and accommodation capable of accommodating large-scale events such as APEC economic leaders' meeting," Riu unveiled.
With a capacity for more than 2,000 people, the convention center will be the largest first non-state-involved project ever built.
The project came based upon the growing demand for international convention center capable of accommodating large-scale events and conferences following the launch of direct flight services between Taipei Songshan and Shanghai Hongqiao airports and Taipei Songshan and Tokyo's Haneda airports next month.
Looking forward, the 30-billions project is expected to create some 1,000 jobs, according to the hotel. With perfect location, state-of-the-art facilities, experienced service and F&B team, the hotel expects to become the next new landmark of Taipei city.