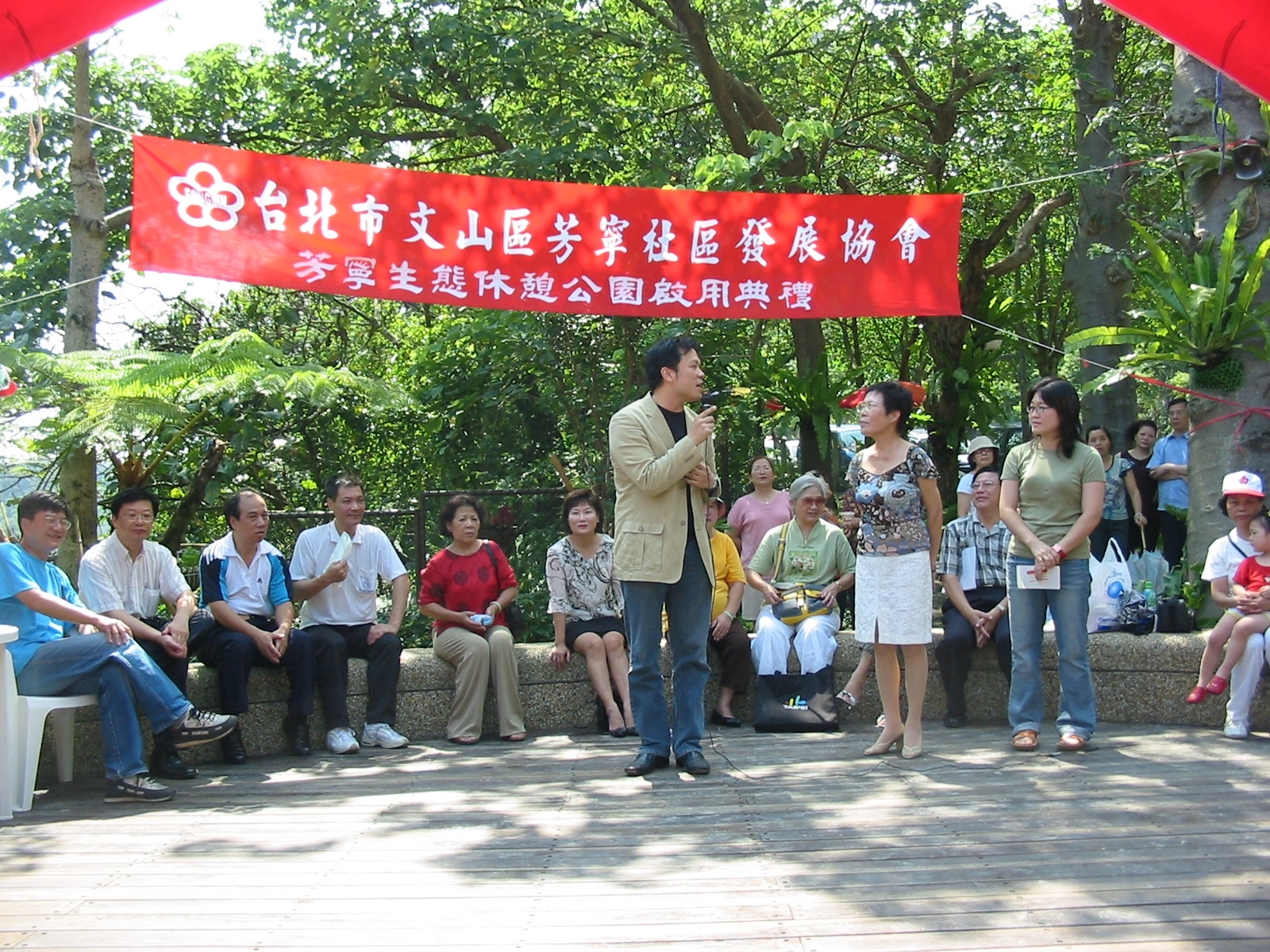 The Fangning Community, located on a hill in the Wenshan district, Taipei, now serves as a nationwide model for the Council for Cultural Affairs' Six-Star Plan for Building Taiwan's Healthy Communities and New Hometowns. Since 2001, local residents with the help of city planners have transformed their community into a gorgeous park in Taipei from an abandoned area.
This deserted site at the intersection of Wanning Street and Jungong Road was originally overgrown with weeds and a dumpsite for discarded vehicles and household debris. When Lin Mei-lan moved into the community in 2001, she decided to assemble a group of local people and established an organization called the Association of Fangning Community Development (AFCD). The first thing they did was to apply to the UDD, Taipei City Government, to clean up the space.
Three years later, this piece of land has been completely transformed into the green field called Fangning Park with a wide variety of flowers, plants, and solar-powered street lights.
The association's chairwoman Lin and her team continued growing plants to beautify their living environment including the neighborhood near Wanning Public Housing and Wanfang Elementary School.
Through the local residents' enthusiastic involvement, the Fangning Community became a model for Taiwan's new hometowns, Lin said.
To learn from each other's experience, the AFCD also invited other community development associations in the Wenshan district to hold annual exhibitions to present their achievements. Since 2005 more than 30 groups have participated in the exhibitions, thereby enhancing interaction among communities.
Lin believes that such interaction helps train talent for community development, build cultural creative industries, and accumulate rich experience in community reconstruction.
Beginning in 2006, these organizations held seminars on the Wenshan area development and published some booklets or online videos on their accomplishments. Speaking of their future plans, Lin said that they will focus on the issues of environmental protection as well as the relocation of public cemeteries, electricity pylons, and military bases.