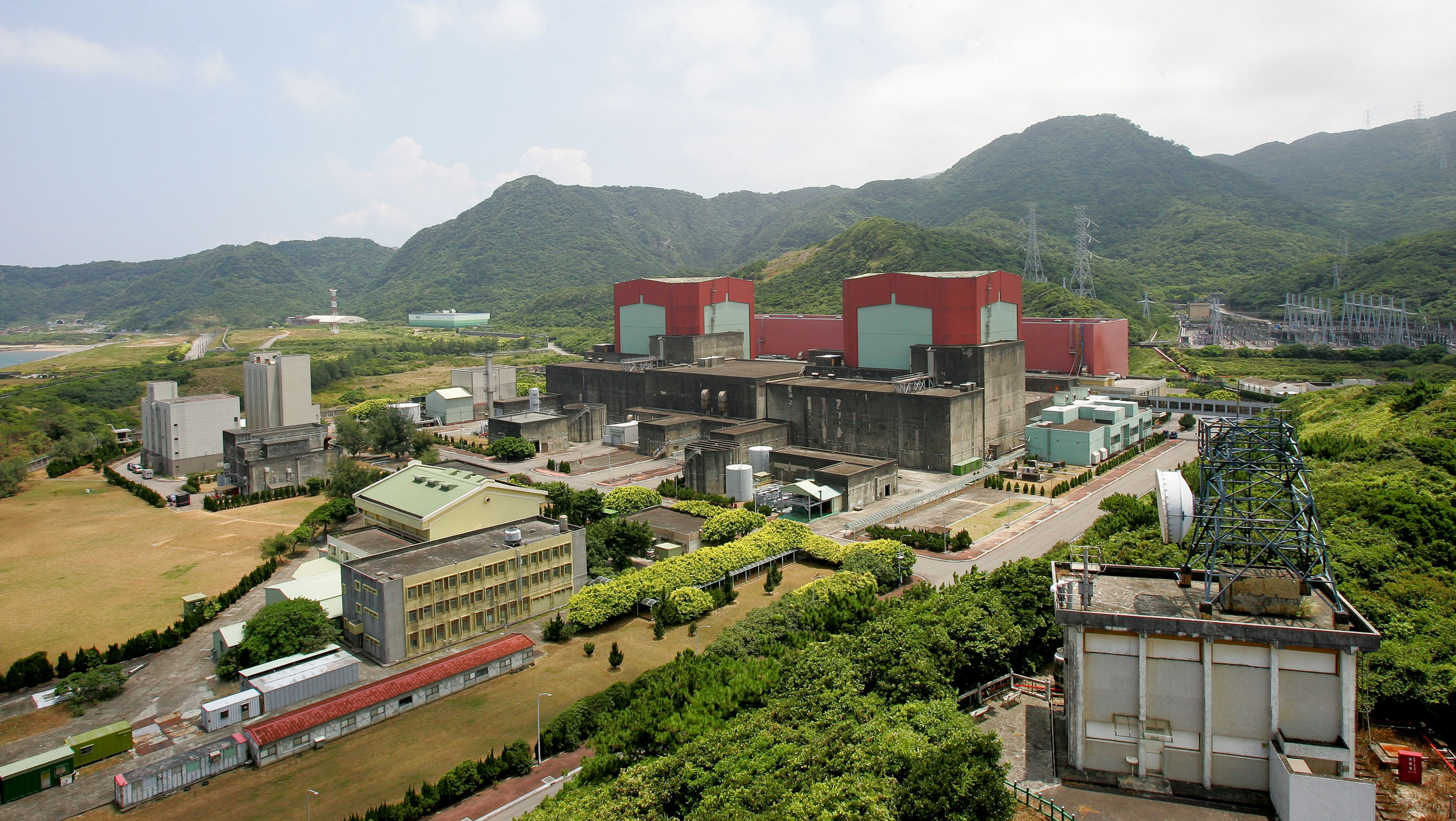 Taiwan Power Co., the island's biggest electricity producer and monopoly grid operator, is considering adding as many as 10 reactors to existing nuclear power plants to cut its reliance on coal and gas.
The utility's grid has the capacity to accommodate two additional reactors at its No. 2 nuclear power station, Vice President Hsu Hwai-chiung said in an interview in Taipei county yesterday, without giving a timeline. The company's No. 3 and No. 4 nuclear plants also have space for new units, he said.
The island has three nuclear stations in operation and one under construction. Without adding reactors, Taiwan Power, known as Taipower, will need to build new coal-fired or natural gas-fueled power plants to meet rising demand for electricity, according to Hsu.
"We're conducting an internal study," Hsu said. "We have yet to report to the government, which needs to conduct an assessment. And dialogue with the society is also needed."
President Ma Ying-jeou, who took office in May 2008, has pledged to cut emissions to 2000 levels by 2025. His government said in April last year that nuclear energy should be an option to help reduce carbon production, reversing the policy to phase out the use of reactors by his predecessor, Chen Shui-bian.
Atomic reactors accounted for 13 percent of Taiwan's electricity generation capacity in June, compared with coal-fired generators at 29 percent and gas units at 37 percent, according to the company's website.
Taipower had postponed four times the start of the No. 4 plant, located 40 kilometers (25 miles) east of Taipei, because of safety concern and an increase in construction costs. The project was first approved in 1981 by the Kuomintang government.
President Chen, who stepped down at the end of his second term in May 2008, said in February 2001 the island will eventually end the use of atomic energy.
The No. 4 plant has two units with a planned capacity of 2,700 megawatts, accounting for 6 percent of Taiwan's installed capacity when completed. Taipower is scheduled to load fuel into the first unit in February and start commercial operation late next year, Hsu said yesterday.