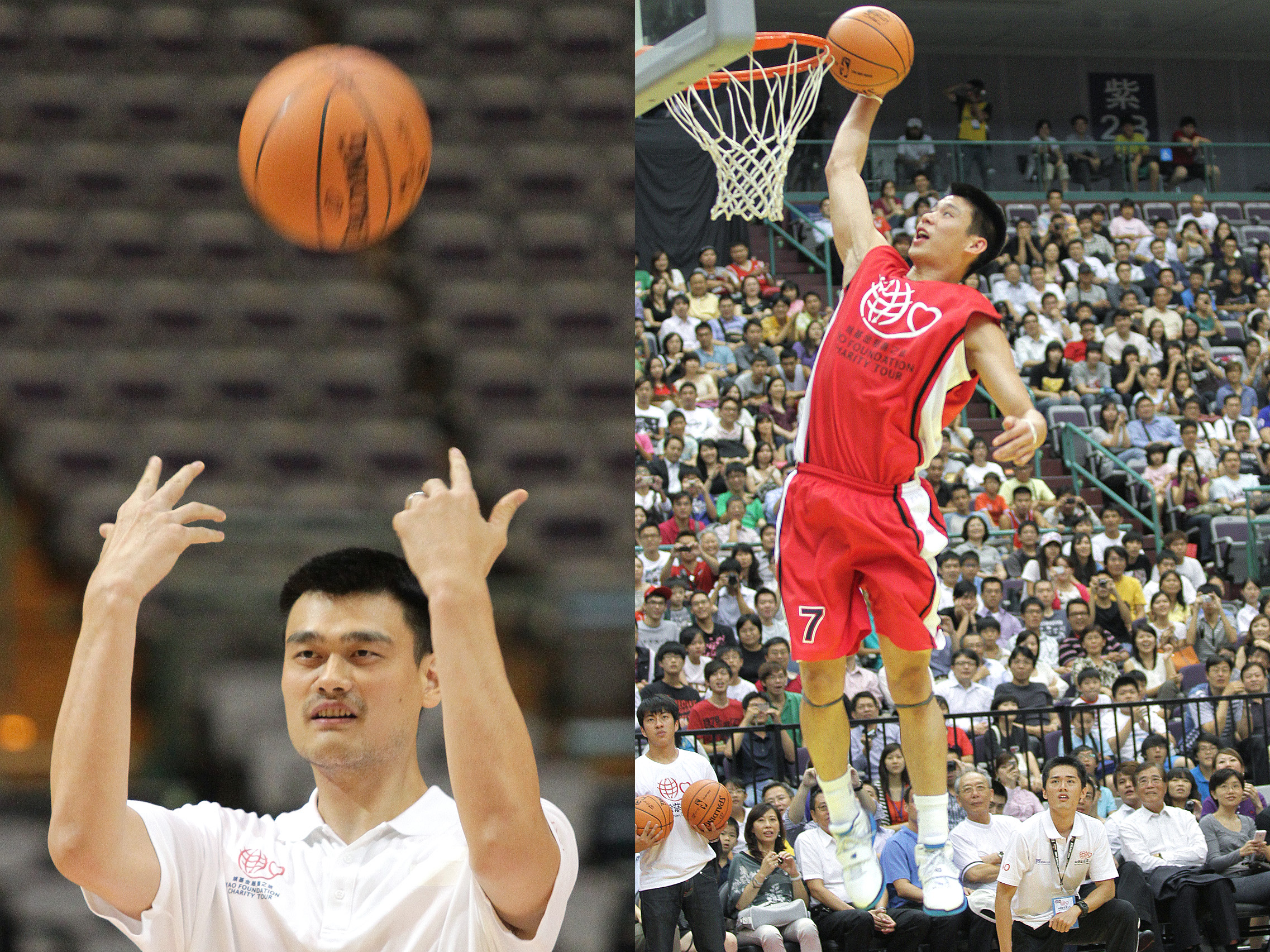 Though it is fair to say the outstanding player at last night’s charity game in Taipei was Brandon Jennings of the Milwaukee Bucks, who scored a game-high 31 points and entertained fans with dazzling dribbles, amazing assists and powerful dunks, all eyes were definitely on Jeremy Lin, the first Taiwanese-American player to join the National Basketball Association, who stole the spotlight with his every single move. Added into the mix for the charity event at the very last minute after a call from Houston Rockets Chinese giant Yao Ming, who personally asked Lin to join the game sponsored by his foundation, Lin was definitely the hometown favorite for his deep connection with Taiwan. Lin's parents are both from Taiwan and sat watching last night’s game from sideline VIP seats along with Lin's two brothers. The whole family flew to Taiwan together for the game and other related activities. Lin, a 21-year-old Harvard graduate who recently signed a two-year contract with the Golden State Warriors, drew a standing ovation when he took the court with 6:45 left in the first quarter. After committing a 24-second shot-clock violation, Lin made a three-pointer late in the quarter, his first points in Taipei. He also took part in the Slam Dunk and Three-Pointer competitions after being asked by the charity game host, and the cheering and applause from the 6662 fans at Taipei Arena continued as he showed both his vertical leaping skills and long-rang shooting ability. Lin scored 17 points and gathered in 3 rebounds and also had 3 assists and 4 steals for Team Love, made up of NBA players. The NBA team included active NBA players Lin, Jennings, Hasheem Thabeet of the Memphis Grizzlies, DaJuan Summers of the Detroit Pistons, Amir Johnson of the Toronto Raptors, Luke Babbit of the Portland Trail Blazers, and a pair of Yao's Houston teammates, Aaron Brooks and Chase Budinger. Last night’s game was full of show. Jennings proclaimed “I love you” in Mandarin and was wildly rewarded by the crowd with several rounds of applause, while Johnson of the Raptors imitated All-Star forward LeBron James’ famous pre-game ritual of tossing chalk or talcum powder into the air. Team Love ultimately beat Team Heart, which was made up of players from the Shanghai Sharks and an All-Star collection of players from the local Super Basketball League, by the score of 137-103. Yao Ming did not play in the game because he is still recovering from a foot injury. But he said he was deeply appreciative of all the players and celebrities who participated in the event. “I hope that this charity game can help people in need in the future,” he said. Harvard's Jeremy Lin Highlights Jeremy Lin vs John Wall NBA Summer League Mavs vs Wizards Highlights