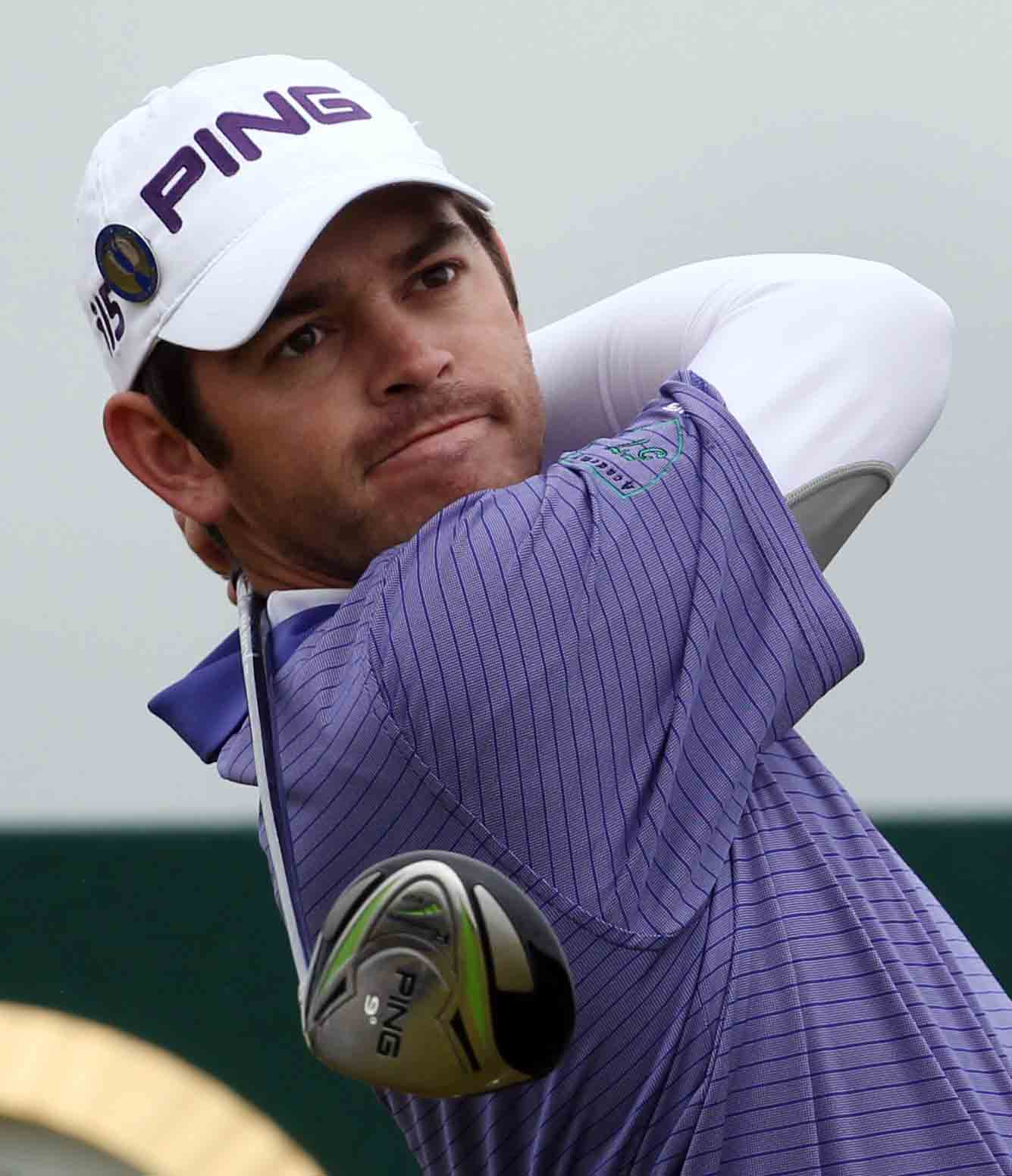 Louis Oosthuizen, a gap-toothed golf wonder better known to pals as "Shrek" after the swamp-loving movie ogre, seized the British Open lead by solving his struggles in the wind and rain.
The 27-year-old South African fired a five-under par 67 on Friday to seize the second-round lead on 12-under par 132, matching the lowest 36-hole Open total at St. Andrews achieved by Nick Faldo and Greg Norman in 1990.
Oosthuizen led U.S. veteran Mark Calcavecchia by five strokes with 30 players yet to finish their second round when darkness halted play.
The one-time youthful farmboy, who needed a boost from Ernie Els to even make a start in golf, found his form at the birthplace of golf, making three birdies in a row in nasty conditions starting at the par-5 fifth.
"I struggle in rainy situations, really, and today I got my head around it," he said. "I'm just very proud of the way I handled it out there, and I just proved to myself that I can play in rain.
"I'm just very happy the way I went around that front nine. The wind was blowing really hard. You've got to focus on where you're pointing the umbrella, otherwise you don't have one."
Oosthuizen, who won his first elite title at the European Tour's Andalucia Open in March, missed the cut in seven of eight prior majors and was only 73rd at the 2008 PGA Championship.
"It wasn't very great, was it?" he said. "It was a matter of not believing in myself. That win earlier this season just got my mind set in a different way, and I'm reading it really nice and looking forward to it from here on."
It didn't help being compared to an ogre, either.
"My friends say I look like Shrek - some of my friends - and you can't choose your friends, so what can I say?" Oosthuizen joked.
Given that his real name is Lodewicus Theodorus Oosthuizen after his grandfather, Shrek might not be so bad.
"They call me Louis now," he said. "I won't talk to them if they call me (Lodewicus). That's a passport name."
At 17, Oosthuizen was aided by Els' foundation and spent three years in a program to train young golfers. The payoff could see him follow in his countryman's footsteps as a British Open champion.
"It was unbelievable what he did for me," Oosthuizen said. "He is such a good mentor and probably without him, those three years in his foundation, I wouldn't have been here.
"It was very expensive. My dad is a farmer and at that stage things probably weren't going that great on the farm. We just heard of this and the foundation had just started and I got into it. It was just unbelievable.
"By what he's doing, he's already setting an example for us."