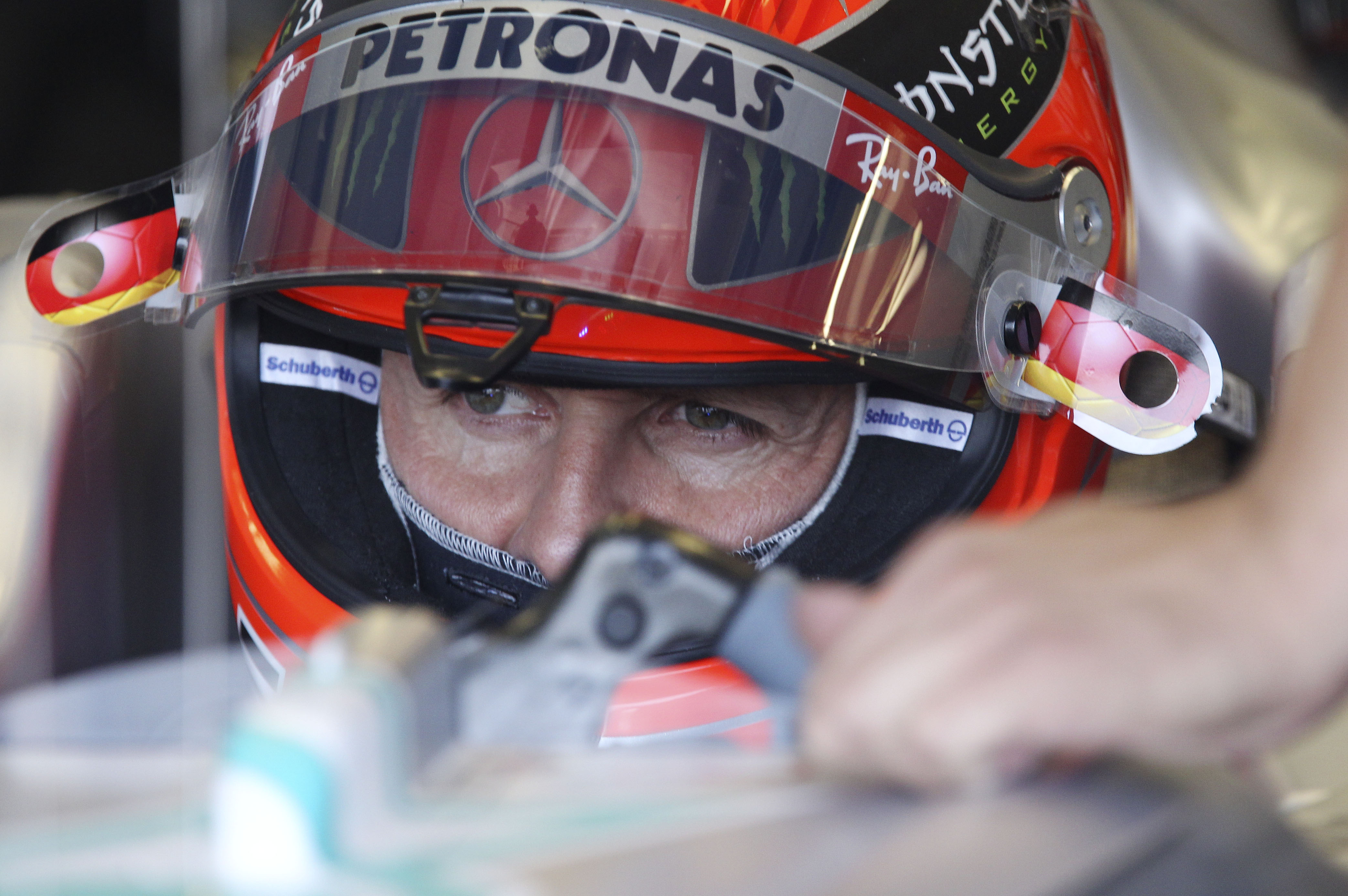 Seven-time world champion Michael Schumacher has admitted that returning to race in Germany for the first time since his shock return to the sport will be an emotional experience.
Next weekend's Hockenheim Grand Prix will be Schumacher's first outing on home ground since 2006 when he was still driving for Ferrari and before his retirement.
"There is one thing for sure; no matter how long you are around, it is always something special to race in front of your home crowd," said Mercedes driver Schumacher.
"At Hockenheim, I will definitely try my best for my fans who give me such a lot of support, especially over the race weekend.
"But the German Grand Prix is very special for any German driver. There are very few areas on any race circuit worldwide comparable to the Motodrom, and as a driver you feel that energetic atmosphere when entering.
"It will be the first time for me to come to Hockenheim as a Mercedes driver and I am very much looking forward to the experience....it will be an emotional moment."
Inspired by Nico Rosberg's podium finish at the British Grand Prix, Mercedes chief Nick Fry is confident his team are still in a position to win races.
After struggling time with tyre and blown-diffuser issues in Valencia, 25-year-old Rosberg emerged as one of the top drivers at the Silverstone circuit and wound up third behind Mark Webber of Red Bull and McLaren's Lewis Hamilton.
Fry said he is optimistic about his team's chances at the German Grand Prix and has his eyes set on challenging Ferrari for third place in the constructors championship.
"The car may not be the quickest but it is not far off," said Fry.
"To get a podium with Nico is very rewarding and a good lead into Hockenheim.
"To get a top three constructors' we have to aim for podium finishes, including winning. I think there is plenty of opportunity. We have two great drivers and I think the strategy is always strong, the pit stops have invariably been the best or one of the best, and the car is a reasonable one."
Rosberg said that he will also be fired up for his home race.
"There's always a great atmosphere at the German Grand Prix and the fans are very enthusiastic with the huge grandstands in the stadium section creating so much noise," he said.
"It's fantastic to see their support for the German drivers. I love the track itself as it's quite challenging with some good overtaking opportunities and the races here can often be quite exciting.
"Going into one of the team's home weekends with the podium finish from Silverstone is a real boost for us, and we will be working hard to continue our improvement in performance and have a strong weekend."