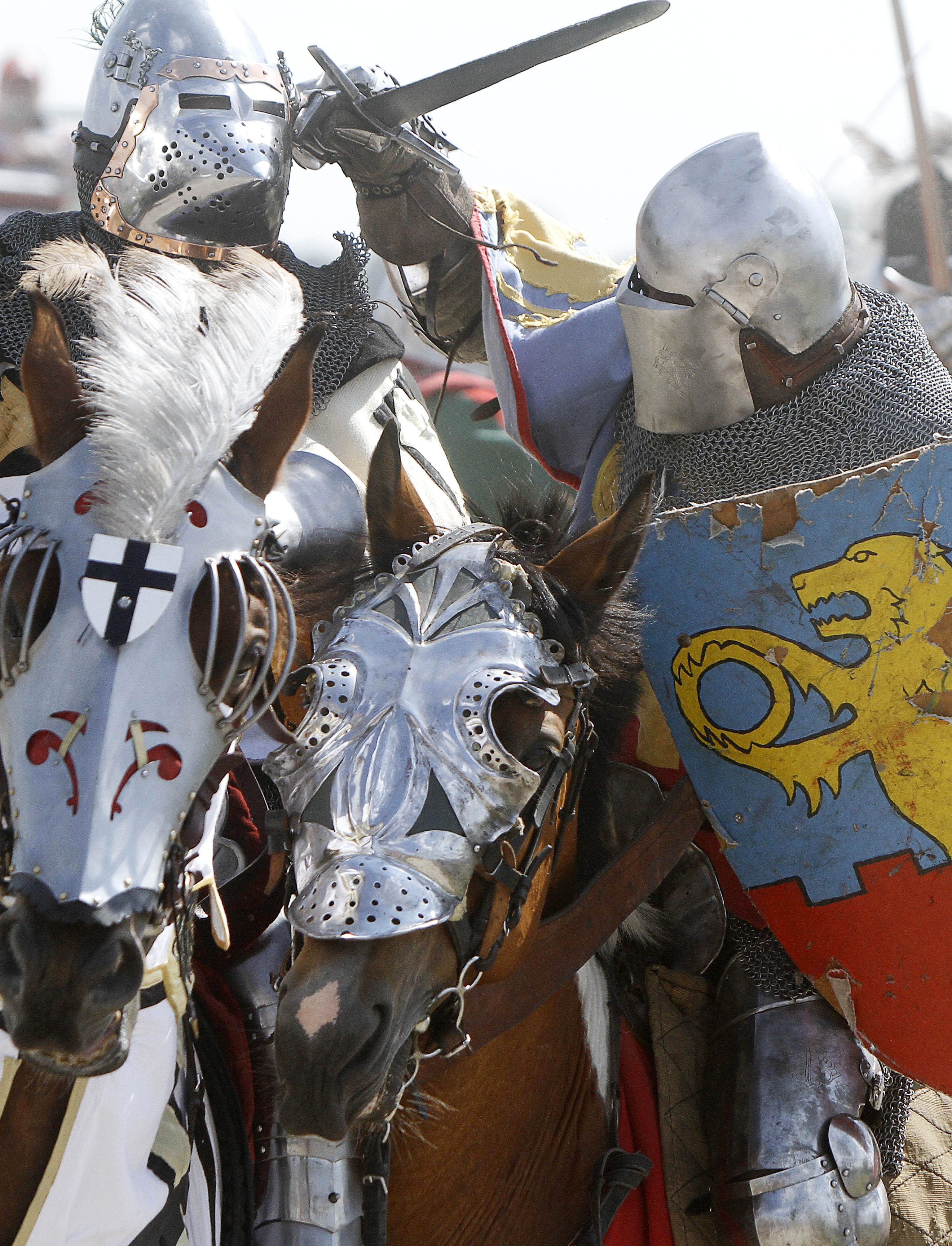 The 1410 Battle of Grunwald, which thousands of reenactors are marking Saturday at the original site in northern Poland, was an event with a far-reaching impact on the region's geopolitics.
Equally important, historians say, is its role as a symbol over the following six centuries.
On July 15, 1410, a Polish-Lithuanian army crushed the forces of the Order of the Teutonic Knights.
Similar to the Templars, the Teutonic Knights were a force of Christian warrior-monks founded in the Holy Land in 1190 to protect pilgrims and hold lands conquered from the Muslims during the Crusades.
Mainly German-speaking, they also drew members from Scandinavia and England.
In 1226 Polish Duke Konrad of Mazovia called them in to help conquer and convert the pagans of neighbouring Prussia in a bid to protect and expand his realm.
But they gradually took swathes of the Baltic coast for themselves, establishing a military-religious state run from a huge castle in Marienburg - today's Malbork in northern Poland.
The knights repeatedly fought their neighbours, notably the pagan Lithuanians, who allied with the Poles when their ruler converted to Christianity and married Poland's queen in 1385.
After Grunwald, the knights' power faded. "There's no question that it was the most important battle in Polish history," Janusz Cisek, head of Warsaw's Polish Military Museum, told reporter.
Poland and Lithuania went on to form a united state stretching from the Baltic to the Black Sea. It survived until the late 18th century when it was carved up by the neighbouring Russians, Germans and Austrians.
Thereafter, Grunwald kept the dream of freedom alive.
"A memory chain developed," as the story of Grunwald was handed down, Lithuanian historian Rimvydas Petrauskas told reporter.
In the 19th century, Grunwald became a key theme for Polish nationalist artists.
The Teutonic Knights' state had lost its religious character in the 16th century, and its shrunken domain was transformed into the Duchy of Prussia - which endured in various guises until Germany lost the territory to Poland and Russia after World War II.
Prussia's, and then Germany's, use of the knights' black cross as its military symbol added an edge for Poles. "Grunwald played an important role in shaping our patriotism in the 20th century," said Cisek.
The 500th anniversary celebrations in 1910 helped forge a united Polish paramilitary movement. Poland and Lithuania won independence in 1918 when their rulers' empires collapsed at the end of World War I.
So powerful was Grunwald that Poland's World War II Nazi German occupiers blew up a monument to the battle.
After the war, it was exploited by Poland's new communist rulers, who created a Grunwald Cross as a military medal, and equated the knights with Germany and the rest of the West.
In Lithuania, which was seized by the Soviet Union during the war, the regime did likewise. Several sports teams there still use the communist-era name "Zalgiris," Lithuanian for Grunwald.
The battle lost its political edge after the communist bloc collapsed two decades ago. "Now it's more a plain celebration of Medieval history, no matter who won and who lost," said Cisek.
With a contemporary edge, a series of state-funded TV adverts marking the anniversary use video-game style and rock music, and evoke scenes from the "Lord of the Rings" movies. "For me, the battle's like a realistic fairytale," said Lithuanian student Ruta Sturonaite, 22. "Nowadays everybody knows the date of the battle, but not its essence."
Grunwald still pushes buttons.
In 2008, ahead of a crunch match with Germany, Polish tabloid Fakt portrayed the national football coach as a warrior about to strike Germany's Michael Ballack who was clad as a Teutonic Knight.
"Replay Grunwald!" the paper thundered.