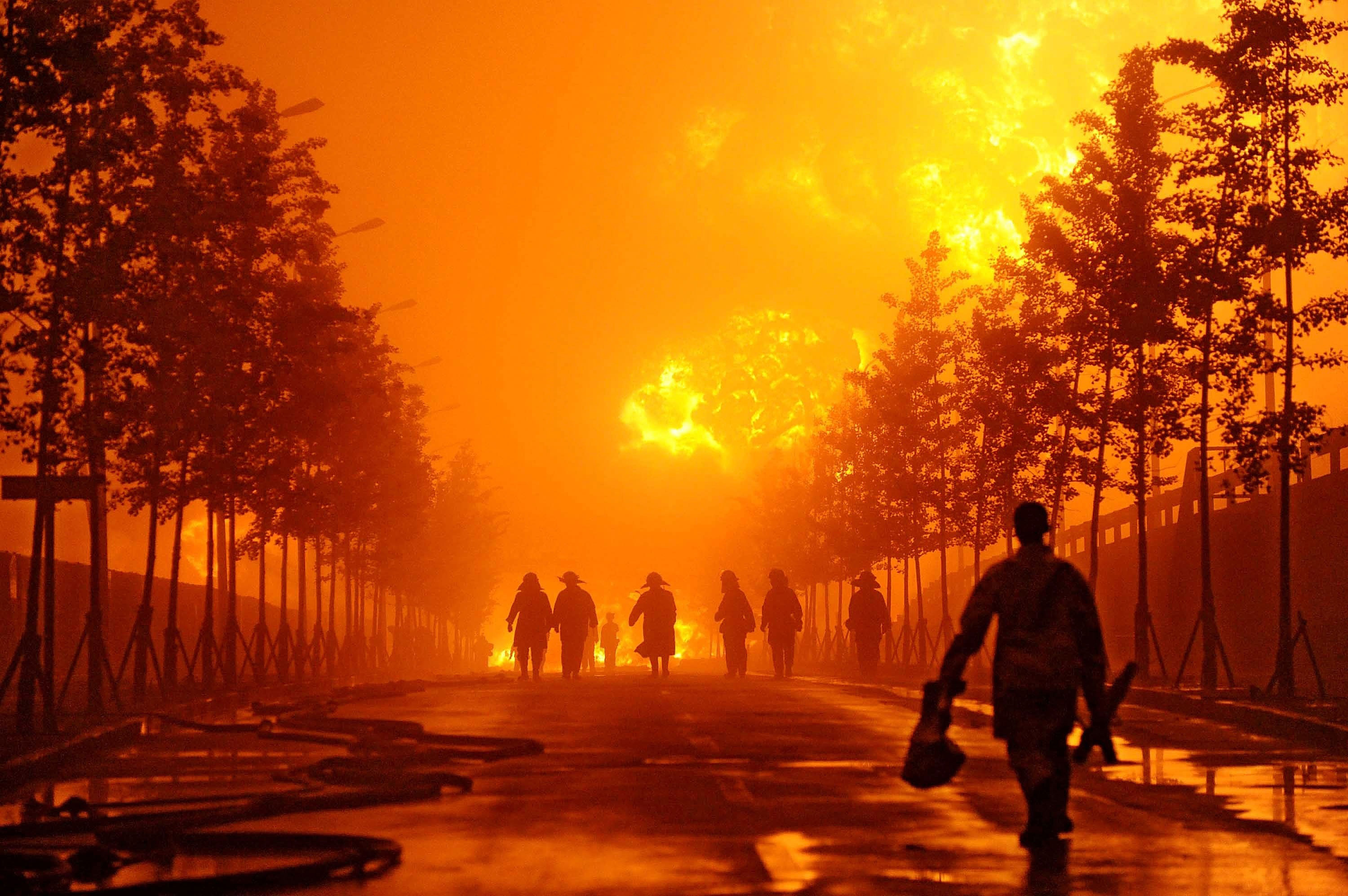 An oil pipeline at a busy Chinese port exploded, causing a massive fire that burned for 15 hours before being put out yesterday. Officials said no one was killed.
State-run media said the pipeline blew up Friday evening, and more than 2,000 firefighters worked overnight to control flames and further blasts on a second pipeline.
China Central Television showed flames raging among tanks at the port in the northern city of Dalian, and state media described flames of about 100 feet (30m) high.
The cause of the initial blast was not clear. The Xinhua News Agency said it happened after a tanker uploaded oil at the port. It said the tanker left safely.
A spokesman with the city's firefighting brigade said sporadic sparks could still be seen at the site Saturday morning, Xinhua reported. China National Radio said officials were considering the evacuation of about 600 homes nearby.
The pipelines are owned by China National Petroleum Corp., which is Asia's biggest oil and gas producer by volume.
The state-owned company did not immediately comment. Phones at its Beijing headquarters rang unanswered, and while the company website showed updates Saturday, there was no mention of the fire.
Dalian's secretary general Xu Guochen told a news conference Saturday morning that firefighters had turned off valves on all oil tanks at the site.
Xu said the flames gave off gas containing sulfur and aromatic hydrocarbon that were not fatally toxic, Xinhua reported. Xu did not take questions.
Environmental protection officials told China National Radio that the scene remained unsafe because of chemicals in the air.
Telephones at the offices of the Dalian city government, the city's Communist Party propaganda department and the city firefighting team rang unanswered.