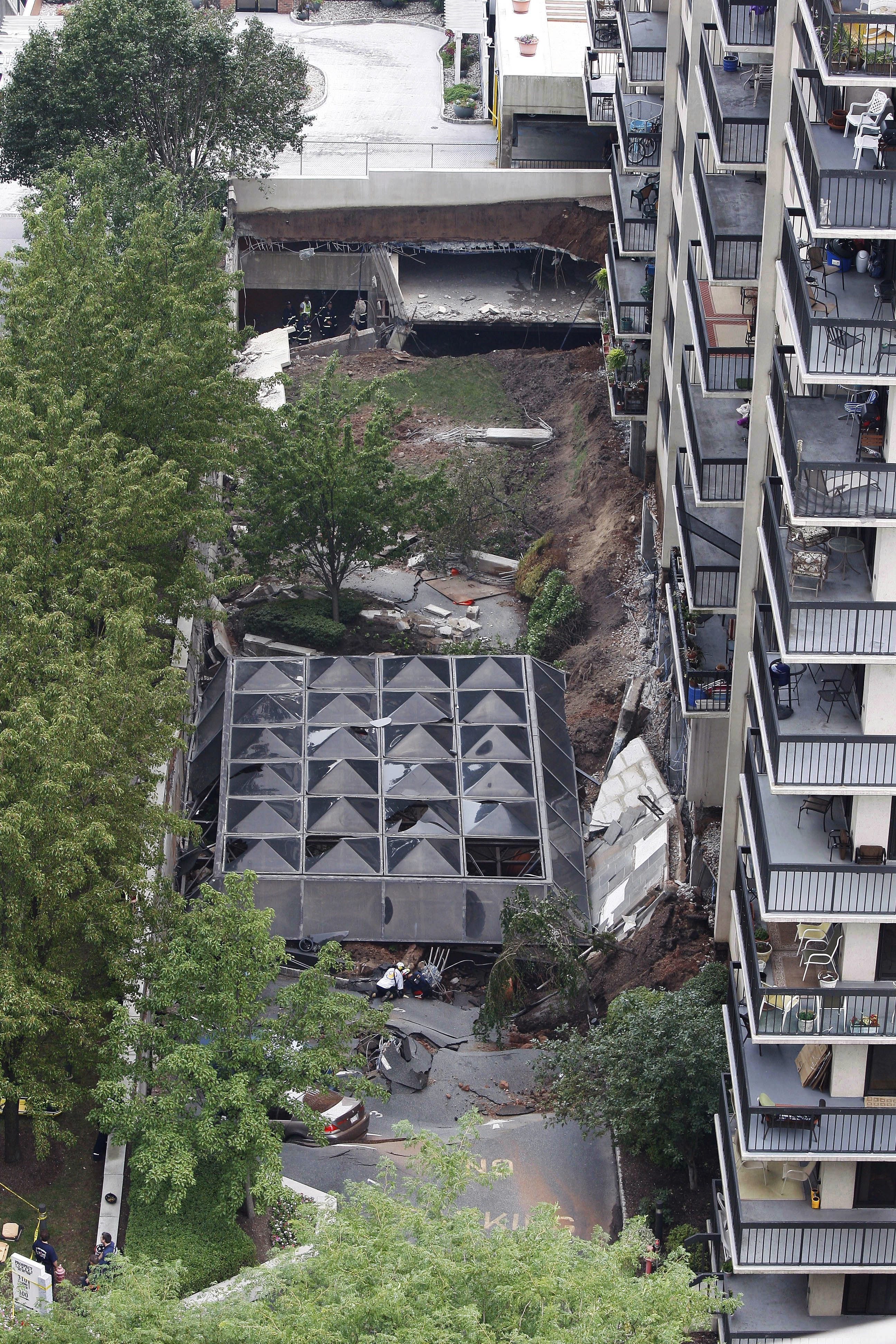 Rescuers were digging through the debris of a partially collapsed parking garage early yesterday, hoping to find at least one person who was trapped after a glass canopy attached to a high-rise condominium building fell onto the underground structure two stories below.
A car was pulled from the rubble at around 11 p.m. Friday (0300GMT Saturday), more than 12 hours after the collapse, but there was no immediate word on whether anyone was inside. Police at the scene declined to comment.
Using a remote camera and a robot earlier in the day, rescuers could see one victim in a car on the first level down but couldn't get to the person because they were concerned about the possibility of another collapse at the three-story garage, Hackensack fire Lt. Stephen Lindner said. They could not determine the victim's condition.
Lindner said late Friday night that rescuers held out hope that the person was still alive. They needed to clear debris and shore up the structure before attempting a rescue.
"We still consider this a rescue mission," Lindner said.
Authorities were checking out whether a second person might also be trapped, Lindner said. Surveillance cameras detected another car on an exit ramp two levels down around the time of the collapse, but rescuers were unable to determine if someone was inside.
Neither car was completely flattened, Lindner said.
"There is some chance of survivability there," he said, but added that the cameras haven't detected any movement.
The garage pancaked when the canopy fell on it, damaging vehicles. The top of the garage, level with the street, was littered with dirt, debris and glass, and the pavement split into chunks.