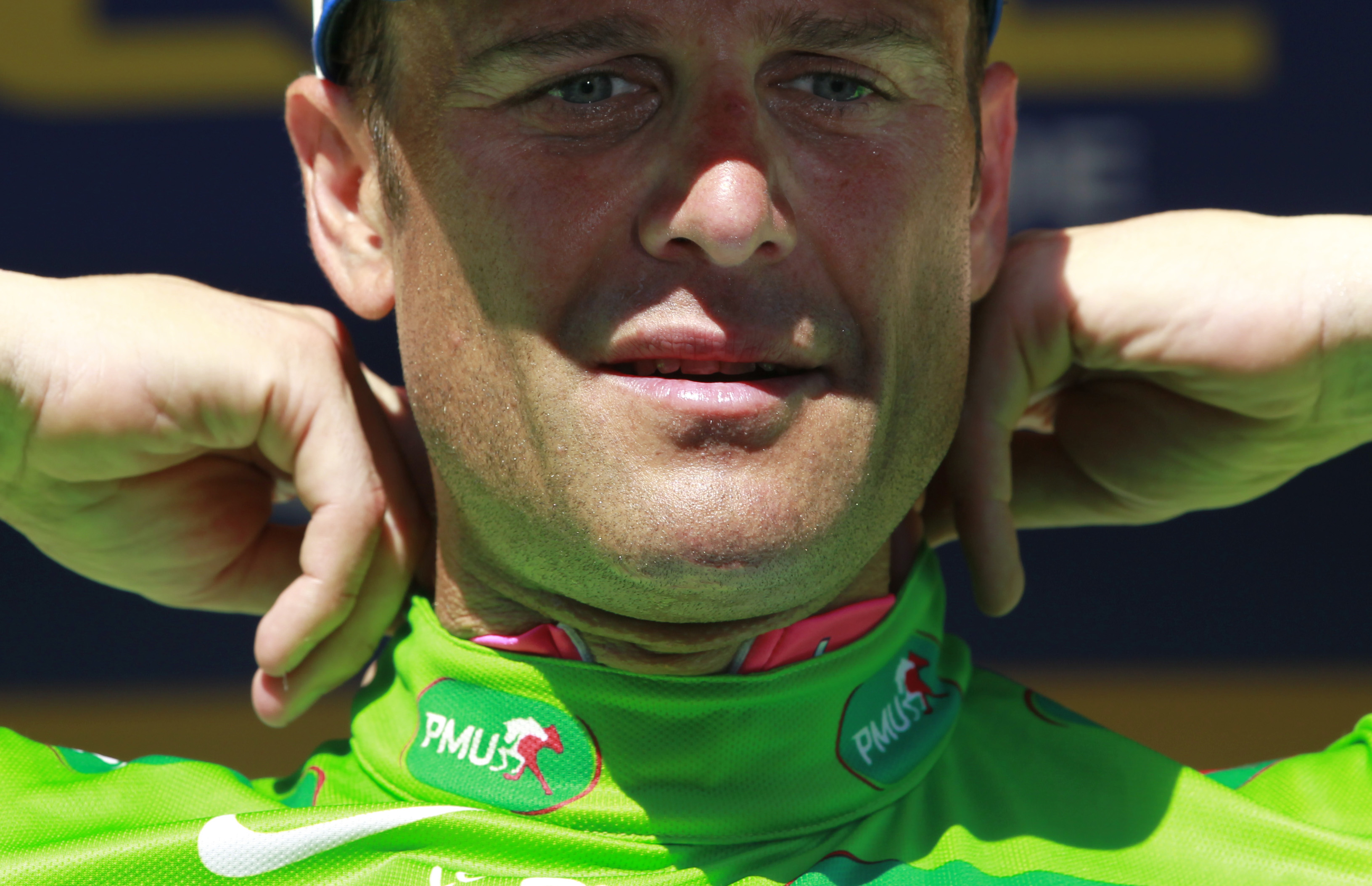 Italian veteran Alessandro Petacchi called out sprint rival Thor Hushovd after taking possession of the Tour de France green jersey for the points competition on Thursday.
Lampre rider Petacchi, the winner of two stages so far, started the 184.5km 11th stage from Sisteron to here with a seven-point deficit to Cervelo fast man Hushovd.
After finishing runner-up to Britain's Mark Cavendish as the HTC-Columbia man grabbed a third, albeit controversial, win of the race, the Italian added 30 points to his tally and now holds a four-point lead.
Two-time green jersey winner Hushovd took only 19 points for his seventh-place finish, ending the hopes of team director Jean-Paul van Poppel for the day.
"We calculated that we could lose points today. We did the best we could. We tried to keep it, but it was not possible," said the Dutchman.
Hushovd later admitted he has lacked power for the bunch sprints since breaking his collarbone in May.
"I know I am not as fast as last year in the sprint. My injury slowed down my preparations for the Tour," said the Norwegian.