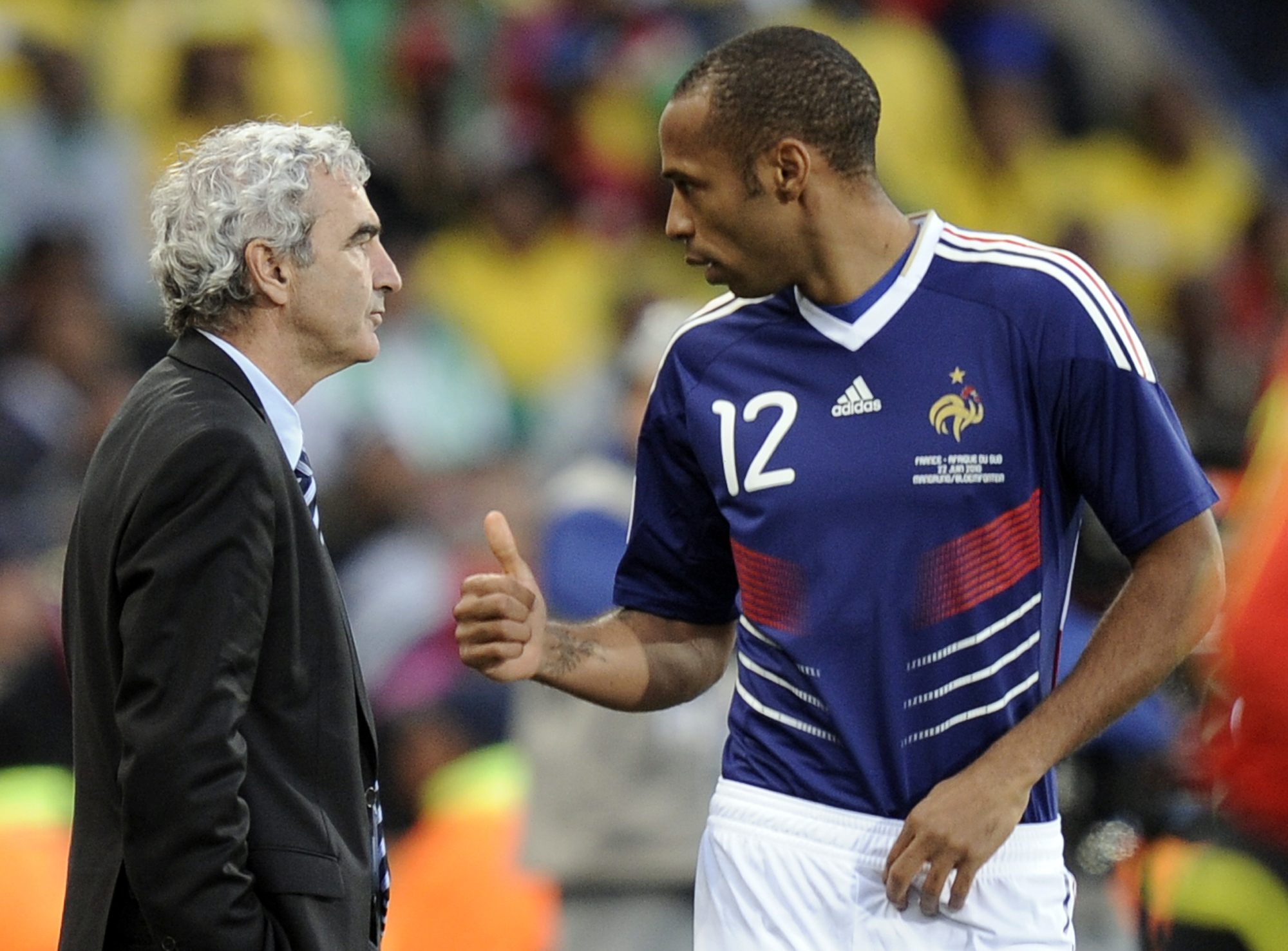 French striker Thierry Henry on Thursday confirmed that he has retired from international football after making 123 appearances and scoring a record 51 goals for France.
Appearing at a press conference at the Red Bull Arena here following the officialisation of his move to Major League Soccer side the New York Red Bulls, the 32-year-old explained the reasons behind his decision.
"I've worn (the French shirt) 123 times and I've always had goosebumps when I've worn the blue jersey," he said.
"But you have to know when to stop. There are young players coming through."
Henry, who arrives in America from Spanish champions Barcelona, dismissed suggestions that he was winding down his career.
"When you join a club you always try to win the title, which is what I'll do here," he said, adding that football was on the rise in the United States.
"Twenty-five million people watched the final of the World Cup.
"It's extraordinary."
Henry earned his first cap for France in a friendly against South Africa in October 1997 and played his final international game against the same side, as France bowed out of the World Cup at the group phase with a 2-1 defeat by the hosts last month following a disastrous campaign.
Between those two games, Henry's career in French colours touched soaring highs and miserable lows.
He was a junior member of the side that won France's first World Cup on home soil in 1998 and which went on to win the 2000 European Championship and the 2003 Confederations Cup.