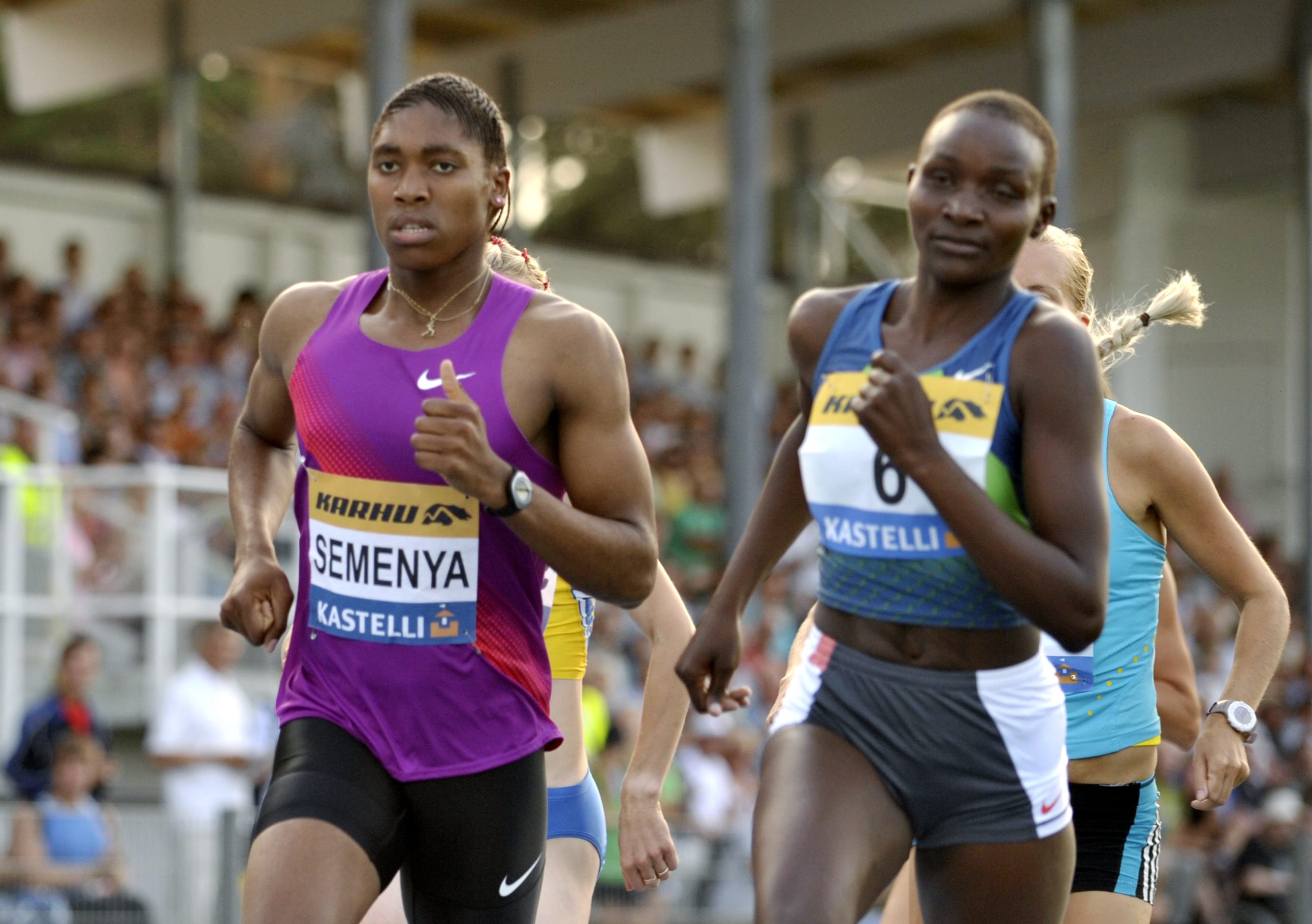 South African world champion Caster Semenya won the 800 meters at a meet here on Thursday, on her return to action after an 11-month absence due to doubts about her gender.
Semenya's winning time was 2min 04.22sec, which was far from the personal best of 1:55.45 that she set when she won at the World Championships in Berlin in August 2009.
"I'm very happy," Semenya told reporters immediately after finishing.
Finland's Mari Jaervenpaese finished second in a time of 2:04.71, with Ukraine's Olga Jekimenko third after completing the two laps in 2:05.00.
"It's better to run. I don't say I feel better about what happened," Semenya told reporters after signing autographs for children.
"I forgot about it a long time ago. It was nice to come back. It is a new beginning actually."
The race took place in front of around 4,000 spectators and amid temperatures of 30 degrees Celsius.
Semenya looked relaxed in the warm-up but ran a nervous first lap before imposing herself in the closing stages to secure a comfortable win.
The 19-year-old was authorised to resume competing on July 6 after a review of gender-verification tests by global governing body the International Association of Athletics Federations (IAAF). She is due to race in two or three further events in Europe before deciding whether to compete at the Commonwealth Games in India in October and she said she was pleased by her return.
"Based on that performance today. I think we are doing okay," Semenya said when asked about her chances of winning gold in Delhi.
"For me, running or not running was the same. Maybe it was good for me to rest after I ran the fastest time last year."
Asked if she could run faster, she said: "Yes, I think so. Because I am still young. I am still developing. I can run faster than that."