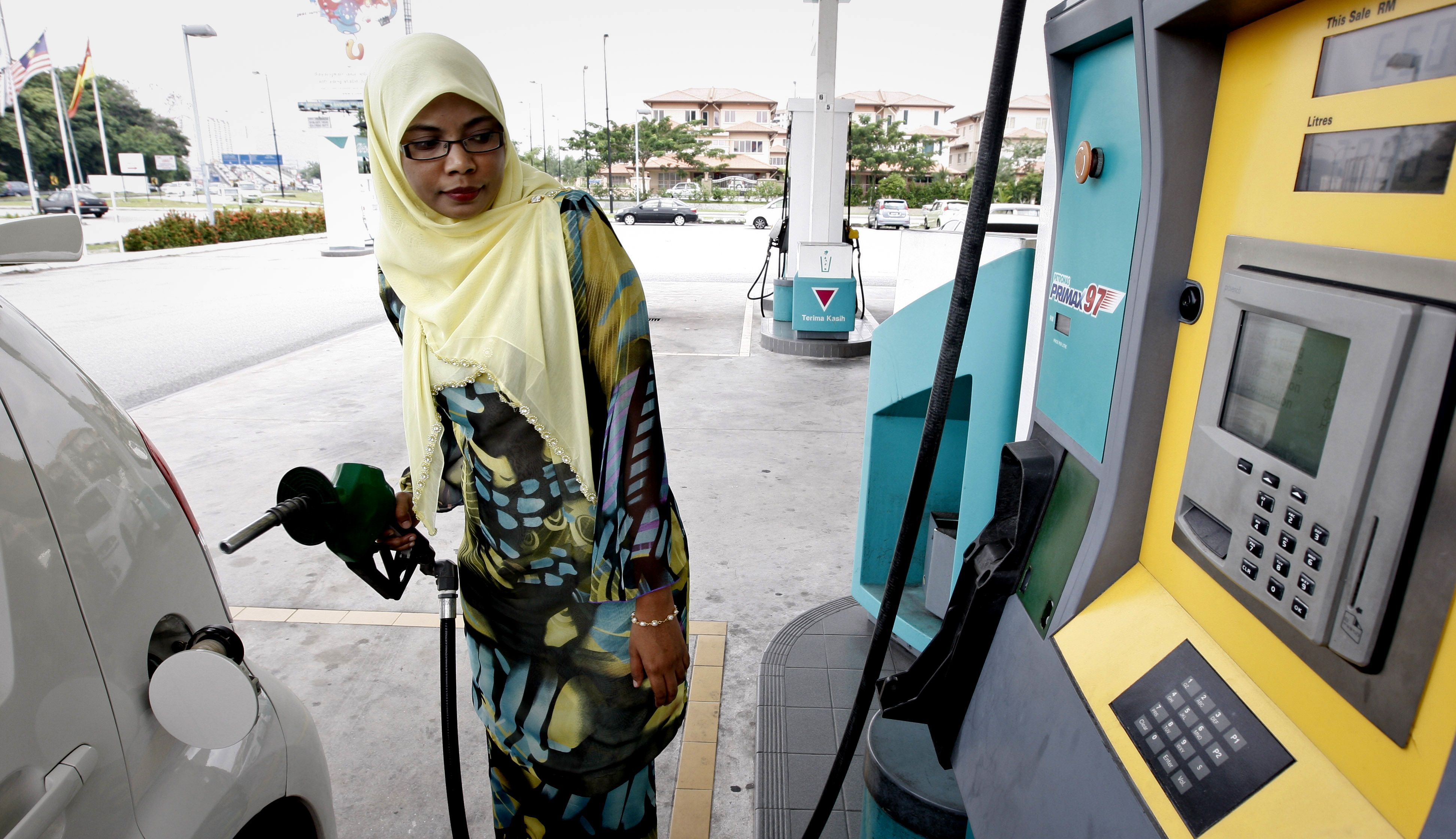 Malaysia surprisingly hiked fuel and sugar prices yesterday to reduce expensive subsidies, a controversial move that will save the government more than US$230 million this year alone.
Analysts said the decision could have serious political repercussions for Prime Minister Najib Razak and could spark a rise in prices of other goods and services.
The government defended the subsidy cut, saying it was important to achieving its development goals and promoting healthier lifestyles.
"The government has made a difficult, but bold decision," it said in a statement.
"By choosing to implement these modest subsidy reforms, we have taken a crucial step in the right direction towards meeting our commitment to reduce the fiscal deficit, without overburdening the Malaysian people."
The cuts will save 750 million ringgit, or US$234.4 million, this year.
Malaysia will still be spending 7.82 billion ringgit from now until the end of the year on subsidies for fuel and sugar.
"These measures are a demonstration of our fiscal responsibility. They will enhance Malaysia's financial stability, while also protecting the people," the government said.
But opposition leader Anwar Ibrahim condemned the price rises.
"The rise in petrol, diesel, gas and sugar is an irresponsible act as it will hurt the low income earning people," he said in a statement.
"The goal to save 750 million ringgit as announced by the government is very little compared to the wastages and leakages due to government carelessness."
Malaysia had a budget deficit of seven percent of gross domestic product in 2009, which it aims to narrow to 5.3 percent this year.