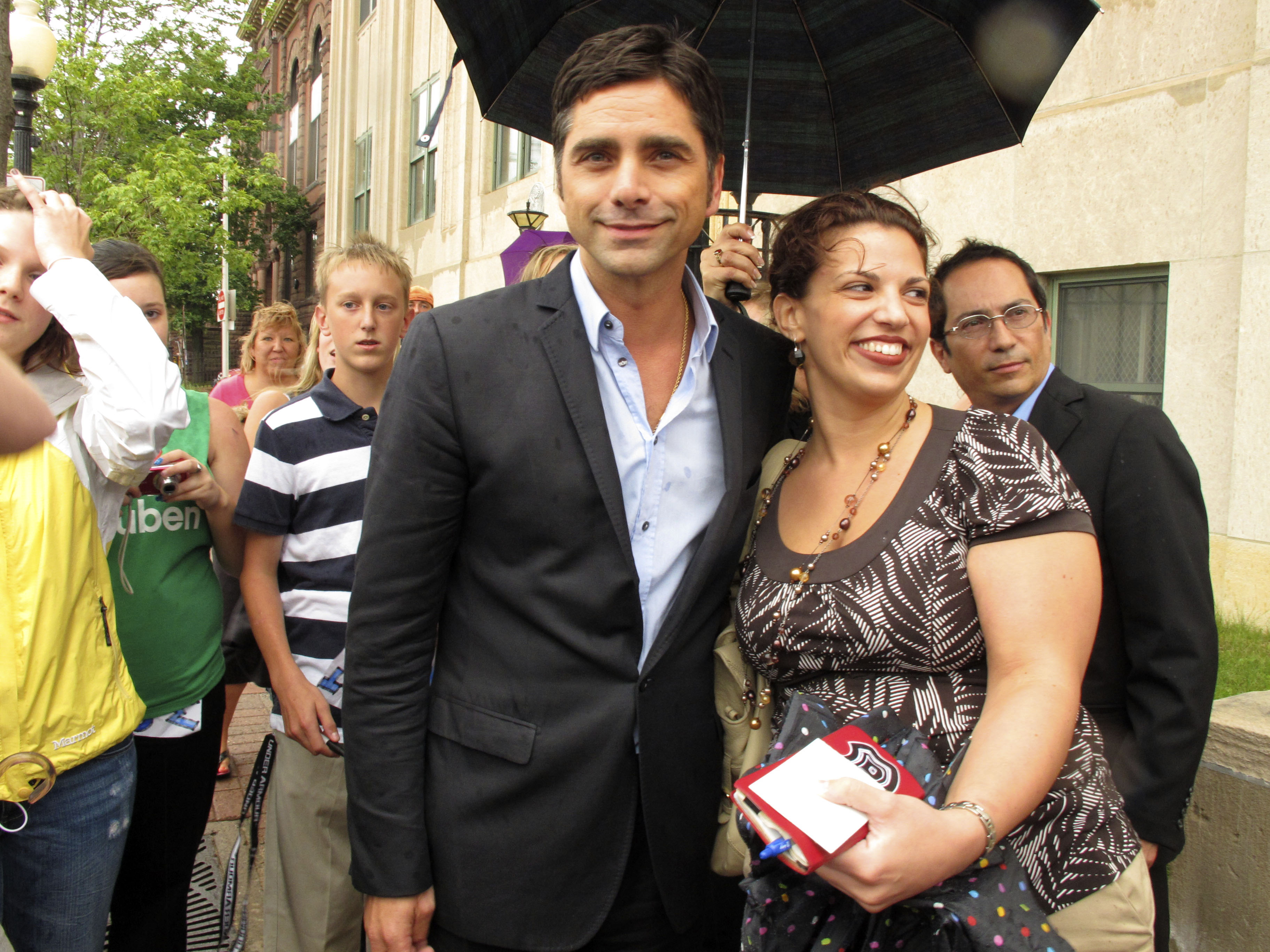 A couple was convicted Thursday of trying to extort US$680,000 from actor John Stamos by threatening to sell old photos of him with strippers and cocaine to the tabloids unless he paid up.
Allison Coss, 24, and Scott Sippola, 31, both of Marquette, were found guilty in federal court of conspiracy and using e-mail to threaten a person's reputation - charges that could land them in prison for up to five years.
Police arrested the two in a sting in December at an Upper Peninsula airport after Stamos reported being the victim of an extortion attempt.
Defense attorneys told the jury it wasn't a crime to offer the images to Stamos before going to the celebrity media. FBI agents, however, testified that a search of the couple's home, vehicles and computer failed to turn up any evidence of embarrassing pictures.
Stamos, 46, was too late to the courtroom to hear the verdict but was present minutes later when the judge polled each juror, a common step in trials. He smiled, looked relieved, and shook hands with the prosecutors.
Sippola was expressionless while Coss wiped her eyes. Sentencing was scheduled for Oct. 8.
Dozens of fans waited to congratulate the former "ER" and "Full House" star as he left the federal courthouse. In a written statement, Stamos said he was "shocked and perplexed" by the "false stories" offered by Coss and defense lawyers.
"These slanderous allegations to smear my reputation were part of their defense to redirect attention away from the federal crime of extortion," he said.
U.S. Attorney Donald Davis praised Stamos for cooperating with authorities.
"Too often victims are afraid to report such crimes for fear of becoming involved in a drawn-out prosecution, and of being re-victimized by the process," Davis said.