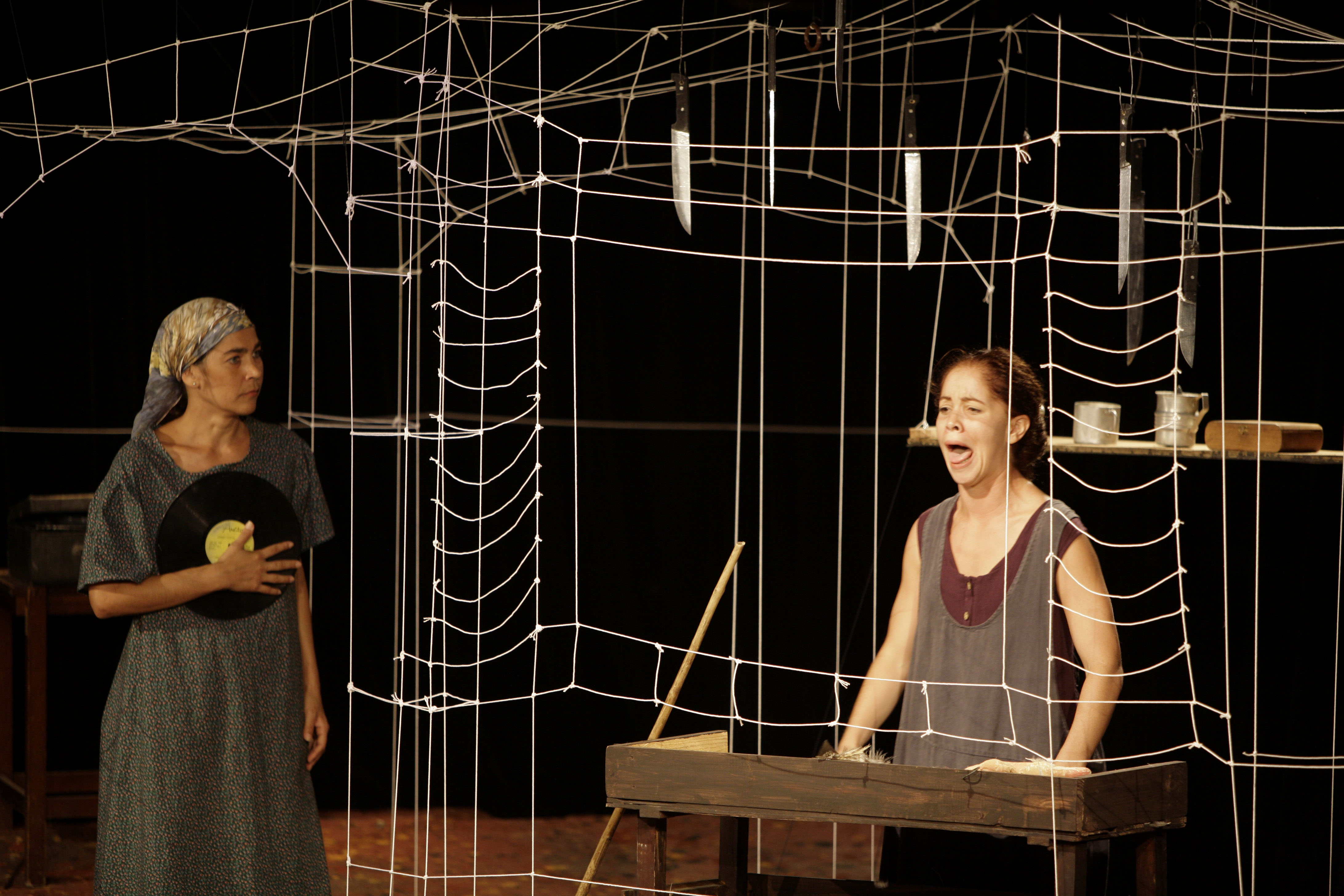 The Cuban-American playwright felt his eyes welling with tears, as he sat in on his first rehearsal.
"There's this kid actor up there and he's crying as part of a monologue," said Jorge Ignacio Cortinas, who was born in Miami to Cuban exiles. "I'm sitting there, weeping, too."
Cortinas' play, "Blind Mouth Singing," is running in Havana as "El Canto del Pozo Ciego." It is directed by fellow Cuban-American Jorge Luis Cacheiro and performed by the island's Rita Montaner Theater Company.
It was inspired by the writings of Reinaldo Arenas _ once jailed by Fidel Castro's government for being openly gay.
A play written and directed by Cuban-Americans, performed by a Cuban troupe and featuring themes of an author long banned on his own island had long seemed unthinkable.
"It's a strange kind of dream," said Cortinas, 43. "It feels impossible, but here it is."
In 1998, a New York theater group traveled to Havana with a Cuban-American playwright's work, "Revoltillo" or "Broken Eggs." Three yeas later, "Parece Blanca" ("She Looks White") was performed here, written by Cuba's Abelardo Estorino, and directed by a U.S.-based Cuban director, Alberto Sarrain. That show featured actors from Miami who came to Havana to work with local actors.
Still, "Blind Mouth Singing" represents the Cuban government's attempts to put aside its ire for the exile community and "embrace the cultural productions of Cubans regardless of where they reside," said Lillian Manzor, director of the Cuban/Latino Theater Archive at the University of Miami.
"These productions should not be unusual but they still are," Manzor said. "They are extremely complicated, very time consuming, very expensive, very draining emotionally."
Director Cacheiro, a theater professor at Montclair State University in New Jersey, was born in Havana but left with his family at 4. He conceived of directing a play in Cuba in 1999 and chose one written by a Cuban-American so island audiences could immediately relate.
Tougher travel restrictions imposed in 2003 limited cultural exchanges between both countries, but the Obama administration has eased the rules.
"I was born here and the idea of not directing a play here, on a very personal level, was something that I couldn't even imagine," said Cacheiro, 53. "But the idea of actually doing it ... that hasn't hit me yet."
Cortinas' play has shown previously in Chicago and New York and runs here through Aug. 15. Opening night on July 10 drew a full-house at a cramped, 189-seat theater called "Basement Space." Tickets cost 5 pesos, about an American quarter.
The story takes place in an unnamed Caribbean country and features a mother, her sister Bolivia and her two sons Gordi and Reiderico, who has a secret friend, Lucero, who lives in a well.