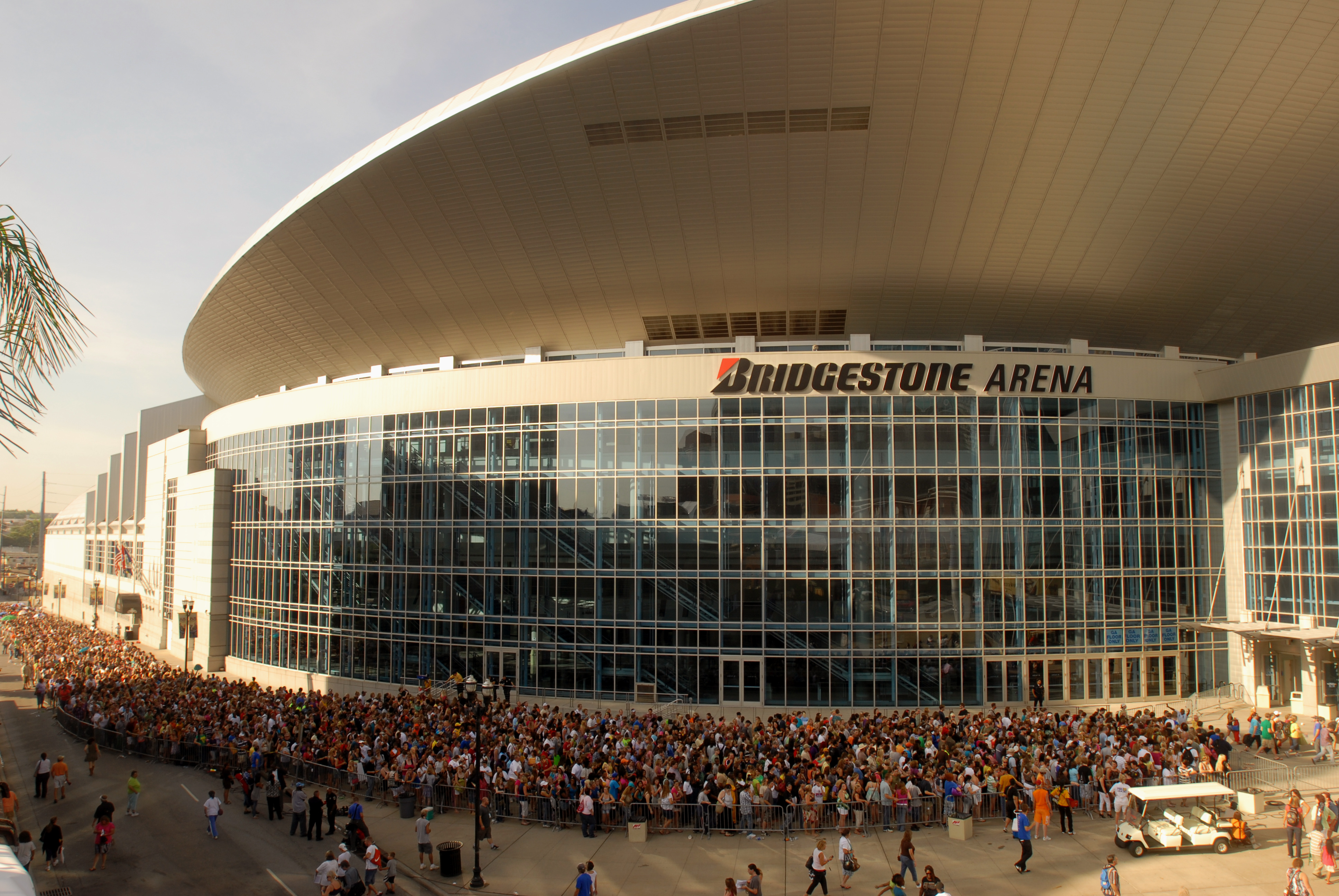 The 10th season of "American Idol" is under way in Nashville, and despite the long lines and big dreams of wannabe contestants, there's no denying that something's missing.
"'Idol's' going to be different this year first and foremost because (judge) Simon Cowell's not here," supervising producer Patrick Lynn said in an interview. "But secondly, this is our 10th season, we're going into it, and we're really this year are making it about the contestant. It's all about them, and let me tell you, Nashville, the crowd here does not disappoint."
People began lining up for wristbands outside Nashville's Bridgestone Arena early Thursday morning. By 9 a.m, Lynn estimated there were upward of 10,000 people.
Contestants are mixed on Cowell's departure from the show. Some are relieved they won't have to face him; others wish they could get his critique.
Jayson Kim, 22, from Springfield, Missouri, smiled when Cowell's name came up.
"I'm kind of glad," said Kim of the fact that he wouldn't have to face Cowell in the audition. "He could be mean, and I don't like mean people. So, I'm glad."
Maurice Buchanan, a 28-year-old Christian music singer from Nashville, initially said it was "wonderful" that he would escape Cowell's assessment but then backtracked a little when he thought of Cowell's celebrity.
"I actually wanted to meet Simon," said Buchanan.
Survival instincts kicking in, he reverted back to his original feeling: "But I believe that it's good, that I can actually impress someone else."
Brett Hunter, a 16-year-old student from Hendersonville, Tennessee, defended Cowell's role on the show.
"There's a difference between being mean and being honest, and he always had the honest thing to say," argued Hunter.
Fifteen-year-old Christy Barger from Loretta, Tennessee, said Cowell was her favorite.
"He made the show funny," she said.
Last year, Barger would've been turned away from auditions because the minimum age was 16. However, producers changed the rules this year to allow 15-year-olds. Lynn said the decision came from a perfect storm of having to turn away talented young people from auditions and the phenomenon of Bieber-fever.
"We have a whole new generation of people that has sort of grown up with 'Idol,'" he said. "We noticed a lot of young people coming out, and then Justin Bieber came along and kind of confirmed all that. So it's kind of hand in hand."
Bieber blasted onto the scene with his 2009 hit "One Time" at age 15.
Even though 19-year-old college student Casey Wright from Moorehead, Kentucky, wasn't affected by the rule change, she believes it was a great idea.
"I say give as many people as you can a chance," she said.
Her 16-year-old sister Corey Wright thought so, too.
"Everyone, no matter what the age, can have a good voice. Let it show," she said.
"Idol's" ratings have slipped in recent years. Over 24 million viewers tuned in for the finale in May according to Nielsen Co, down nearly 5 million viewers the previous year.
That reality, combined with Cowell's departure is giving producers something to think about.