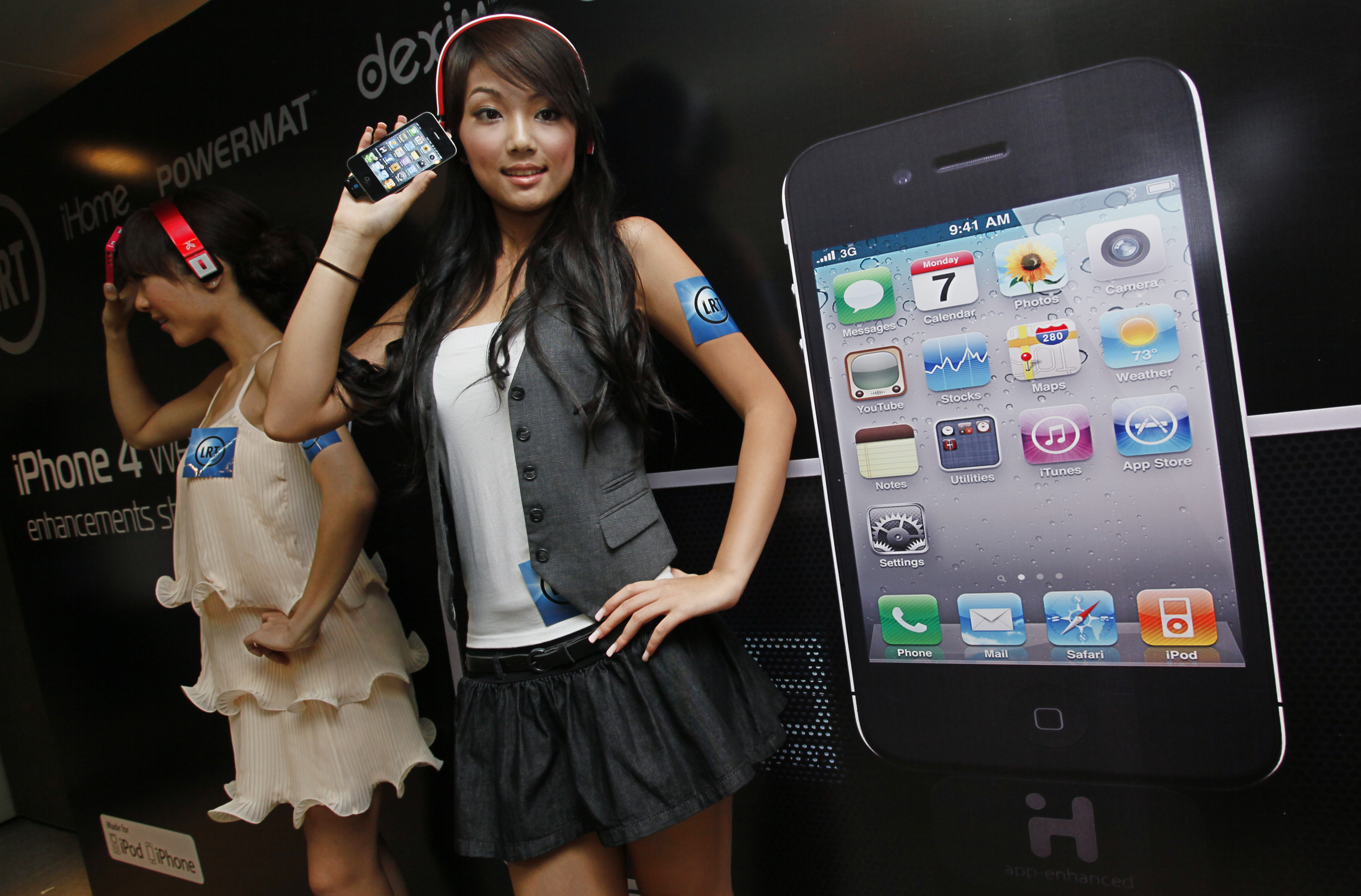 The tech world once again waits to hear from Apple, but his time there won't be a shiny new object or a "one-more-thing" moment.
At an unprecedented news conference scheduled for yesterday, Apple is expected to address the alleged reception problems with its best-selling product ever - its iPhone 4.
The event comes a day after reports surfaced that Apple engineers, long before the launch of the iPhone 4 in June, had voiced concerns that the phone's external wraparound antenna could cause reception problems. But CEO Steve Jobs allegedly ignored those warnings, insisting that the iPhone retain its sleek design, according to the Wall Street Journal, which also reported that carrier partners complained that they had limited time to test the phone before its launch.
Now the focus shifts to what Apple is going to do to quiet concerns about the iPhone 4, which sold 1.7 million units its first three days on the market.
"There is no precedent for this," said Tim Bajarin, president of Creative Strategies. "I've been following Apple for 30 years, and I've never witnessed a press conference to talk about something of this nature."
Still far from clear is what Apple will say. Speculation about possible fixes range from applying a new coating to reduce electrical conductivity of the stainless-steel iPhone to handing out vouchers for cases for the phone, which by most accounts resolves reception complaints. Many analysts expect an apology from Apple, but few expect the company to announce a recall of the phone. "I can understand why you'd recall a car. I can understand why you'd recall a baby product," said Needham & Co. analyst Charles Wolf. "But you don't recall a phone that drops calls. That's preposterous."
He and others say Apple's penchant for secrecy may have contributed to the antenna problems, which seemed to catch the company off-guard. By limiting how many outsiders could test the device, or even insisting all iPhone 4s be camouflaged with covers, the company may have unwittingly set itself up for public embarrassment.
Analysts also say Apple danced around the problem too long. On July 2, the company responded to the complaints by saying the phone mistakenly displays two more signal bars than it should, giving a false indication of reception strength. Apple said it would issue a software fix in a few weeks. But many users and analysts said that would not solve the antenna problem.
Many iPhone 4 owners say they cannot make or receive calls if their hand covers the lower-left corner of the device's antenna - a hold facetiously known as the "death grip." "This is something they should have addressed from the beginning," said Ashok Kumar, an analyst with Rodman & Remshaw. "The Apple brand is a premium brand and they need to do all it takes to protect that franchise."
Just how serious the reception problems are is a matter of debate. Apple says the latest iteration is the best-performing iPhone ever. But Consumer Reports, while declaring the iPhone 4 the best smart phone on the market, said Monday it could not recommend its readers buy the phone because its tests had confirmed reception problems.