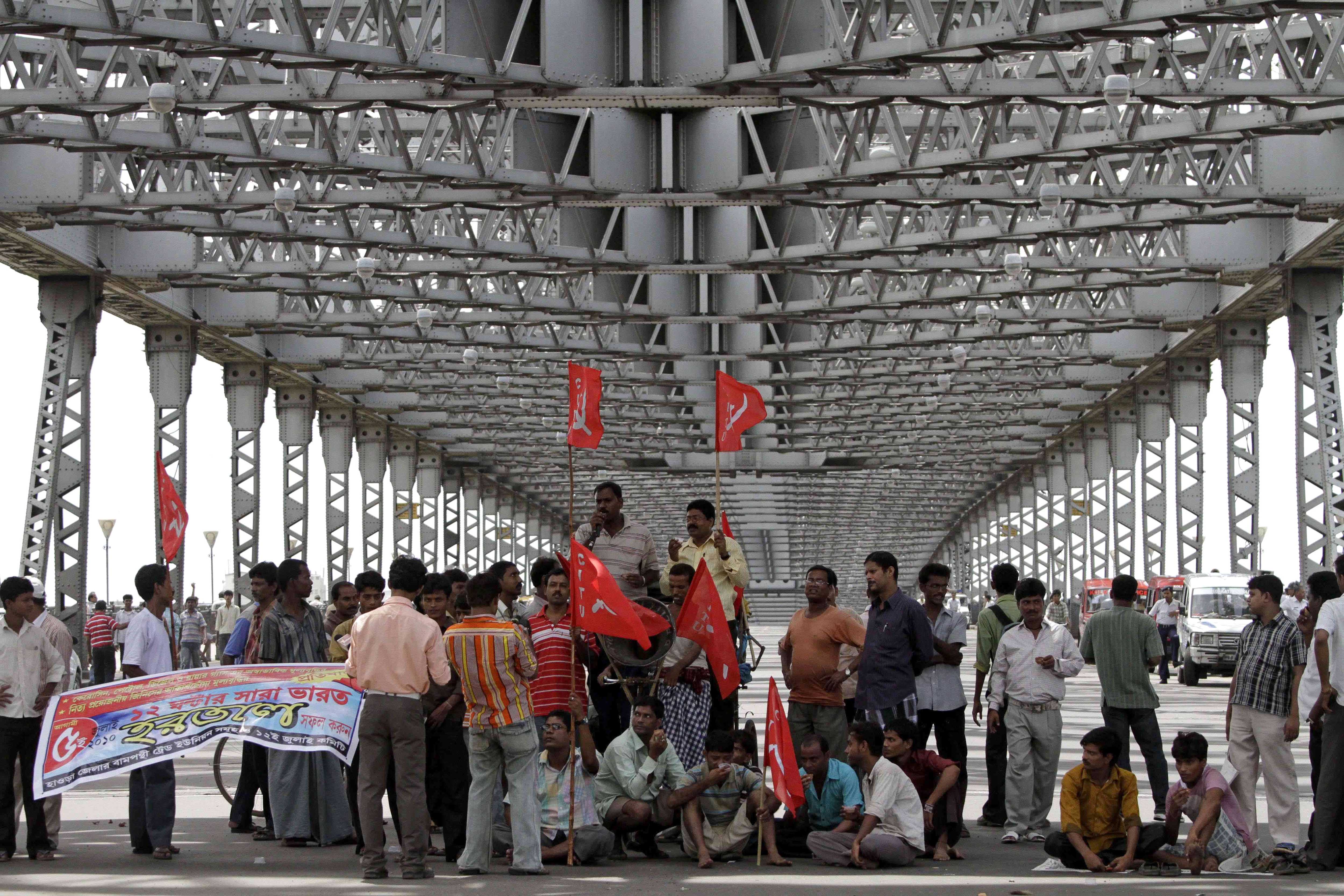 Sheathed in 26,500 tons of high-tensile steel and capable of handling 100,000 vehicles a day without a groan, Kolkata's Howrah Bridge is facing a threat its builders had never dreamed of - human spittle.
Recognised as one of the world's finest cantilever bridges, the landmark structure, which straddles West Bengal's mighty Hooghly River, is supported by key pillars that engineers say are suffering from severe corrosion.
The source of the damage is paan - the mixture of betel leaf, areca nut, slaked lime paste and often tobacco - that is habitually chewed by millions of Indians as a palate cleanser and digestive aid.
Half a million people walk across the bridge every day, and the collective red-hued spittle of huge numbers of paan-chewing pedestrians is eating into the protective steel hoods at the base of the main pillars.
"The thickness of some of the hoods has halved in just three years," said Amal Kumar Mehra, a chief engineer with the Kolkata Port Trust which is responsible for the bridge's upkeep.
"It's a real concern, and may even require closing the bridge for repairs," Mehra told reporter.
According to experts, the ingredients in paan can combine into a highly corrosive compound that is capable of breaking down steel.
"The accumulation of spit laced with this compound can have an acid-like effect on steel and gradually eat into the structure," said Chandranath Bhattacharya, director of Kolkata's Central Forensic Science Laboratory.
Constructed during the final decade of British colonial rule, Howrah Bridge was opened to traffic in February 1943.
At 705m (2,300 feet) long - it can expand by as much as one meter during the heat of a summer's day - the iconic structure serves as the gateway to Kolkata, linking the city with Howrah Station, one of the world's busiest railway hubs.
The bridge has comfortably weathered the intense storms that are often whipped up in the Bay of Bengal area and in 2005 survived being rammed by a 1,000-ton cargo vessel.
But the tannin-rich, half-chewed mixture of betel and slaked lime is proving a more formidable challenge.
Kolkata police chief Gautam Mohon Chakraborty says his men fine dozens of people every day for spitting on the bridge's hoods and railings.
"But with nearly half-a-million people passing across every day, it's just not possible for the police to stop the nuisance completely," Chakraborty said.
"What we really need is a campaign to educate people about the importance of the bridge and the damaging effect of spitting," he added.
Paan-chewing is prevalent across South Asia and in India the habit has a history of several thousand years.
As well as discolouring the teeth and gums, regular intake of paan - particularly if it includes tobacco - heightens the risk of mouth and stomach cancer.
Despite the health threat, it remains enormously popular. So much so that in 2007, the state-owned company Hindustan Latex brought out a brand of paan-flavoured condoms.