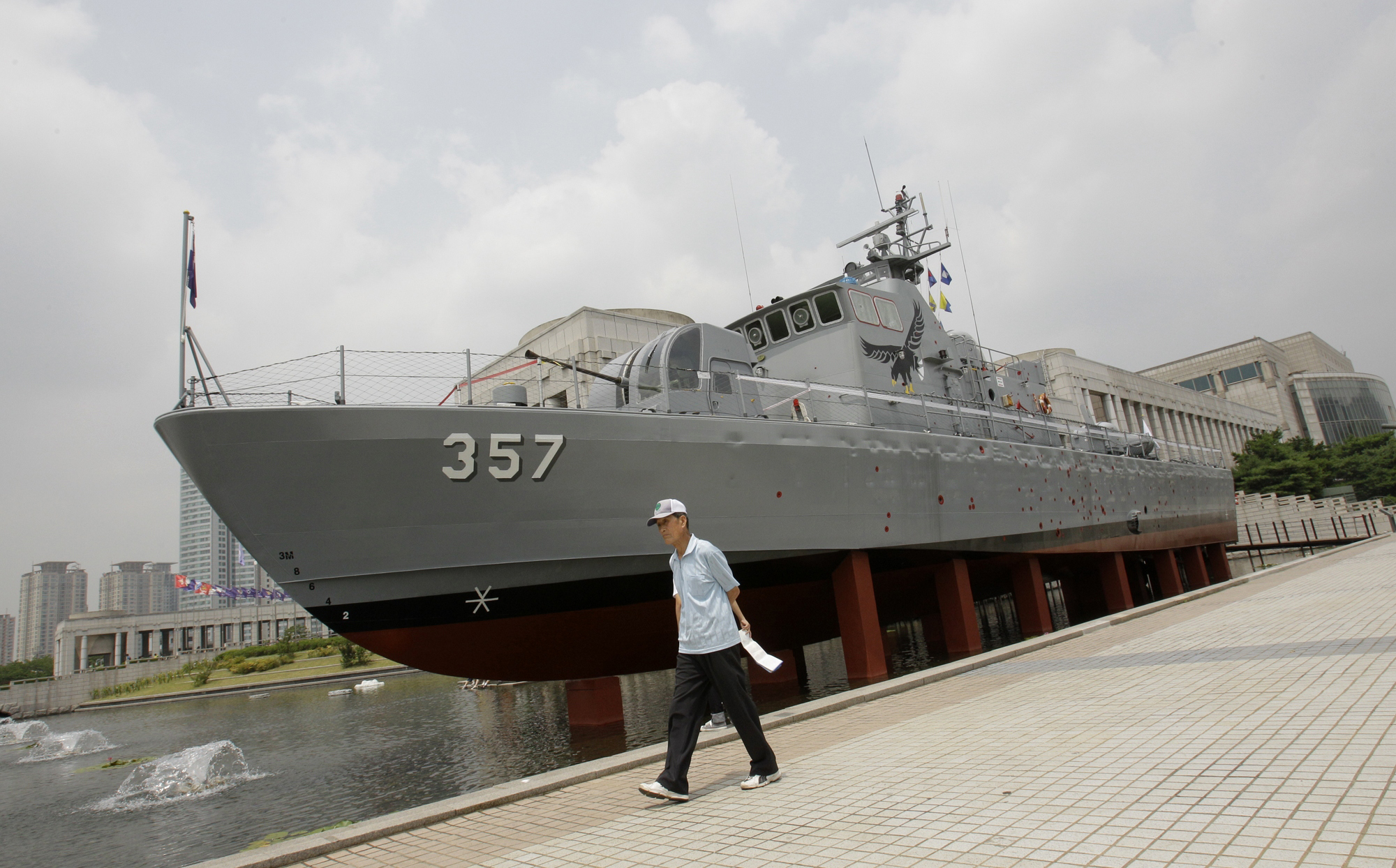 With North Korea thumbing its nose at the response to the sinking of a warship, the United States is left wondering how long to keep up its policy of studied coolness toward the communist state.
The U.N. Security Council last week condemned the sinking of South Korea's Cheonan vessel, which killed 46 people. But it stopped short of blaming North Korea, which claimed a diplomatic victory and demanded Thursday that the United States prove Pyongyang's involvement in the March incident.
The United States has responded to the Korean peninsula's deadliest incident in decades by standing firmly behind South Korea. Secretary of State Hillary Clinton and Secretary of Defense Robert Gates are expected next week in Seoul to announce joint naval exercises, despite objections by China.
But the longer-term U.S. policy toward the North is less clear. Before the Cheonan's sinking, Clinton described a U.S. stance of "strategic patience" - waiting for Pyongyang to come forward rather than hastily offering incentives.
"How to move forward, and when, are all questions that lots of people are thinking about," said Bonnie Glaser, a senior fellow at the Center for Strategic and International Studies, a Washington think-tank.
"There's a recognition that, based on past patterns and practice, the longer there is a lack of dialogue and interaction, the greater the likelihood for North Korean brinkmanship and provocative action," Glaser said.
"But there's also the risk of getting back prematurely and sending a signal to North Korea that provocative action leads us to re-engage with them," she said.
North Korea has offered to return to six-nation disarmament talks - which involve China, Japan, the two Koreas, Russia and the United States. It had stormed out last year before carrying out its second nuclear test.
The United States ruled out talks in the wake of the Cheonan sinking. It has since said that North Korea must respect a six-way deal in which it agreed to give up its nuclear program in return for security guarantees and aid.
Kurt Campbell, the assistant secretary of state for East Asian affairs, said Thursday that the United States was willing to sit down with North Korea "under the right circumstances" but did not want to "talk for talking's sake."
Some North Korea watchers say that the United States needs to be more forward-looking and find ways to reach out to ordinary people in the isolated nation.
"There seems to be no exit strategy beyond measures taken in response to the Cheonan incident," said Karin J. Lee, executive director of the National Committee on North Korea, which supports U.S. engagement with Pyongyang.
She said that the United States and South Korea set "very high expectations" for UN Security Council action, even though veto-wielding China had consistently shown reluctance to pressure North Korea over the Cheonan.
"The problem with setting the bar so high that it can't be reached is then the public is disappointed with the outcome," she said.
China is the main diplomatic and political backer of North Korea. It is widely seen as supportive of the status quo, fearing that a collapse of Kim Jong-Il's regime could trigger a flood of refugees and bring a U.S.-allied unified Korea to its doorstep.
Bruce Klingner, a senior research fellow at the conservative Heritage Foundation, said the United States should step up military cooperation with South Korea and - despite Chinese objections - carry out the exercises near where the Cheonan sank in the Yellow Sea.
"Given the UN's failure to respond effectively to North Korean aggression, the rest of the world, led by the U.S. and South Korea, must now take the initiative," Klingner said.
"Failure to do so will only embolden Pyongyang and its Chinese enablers," he said.