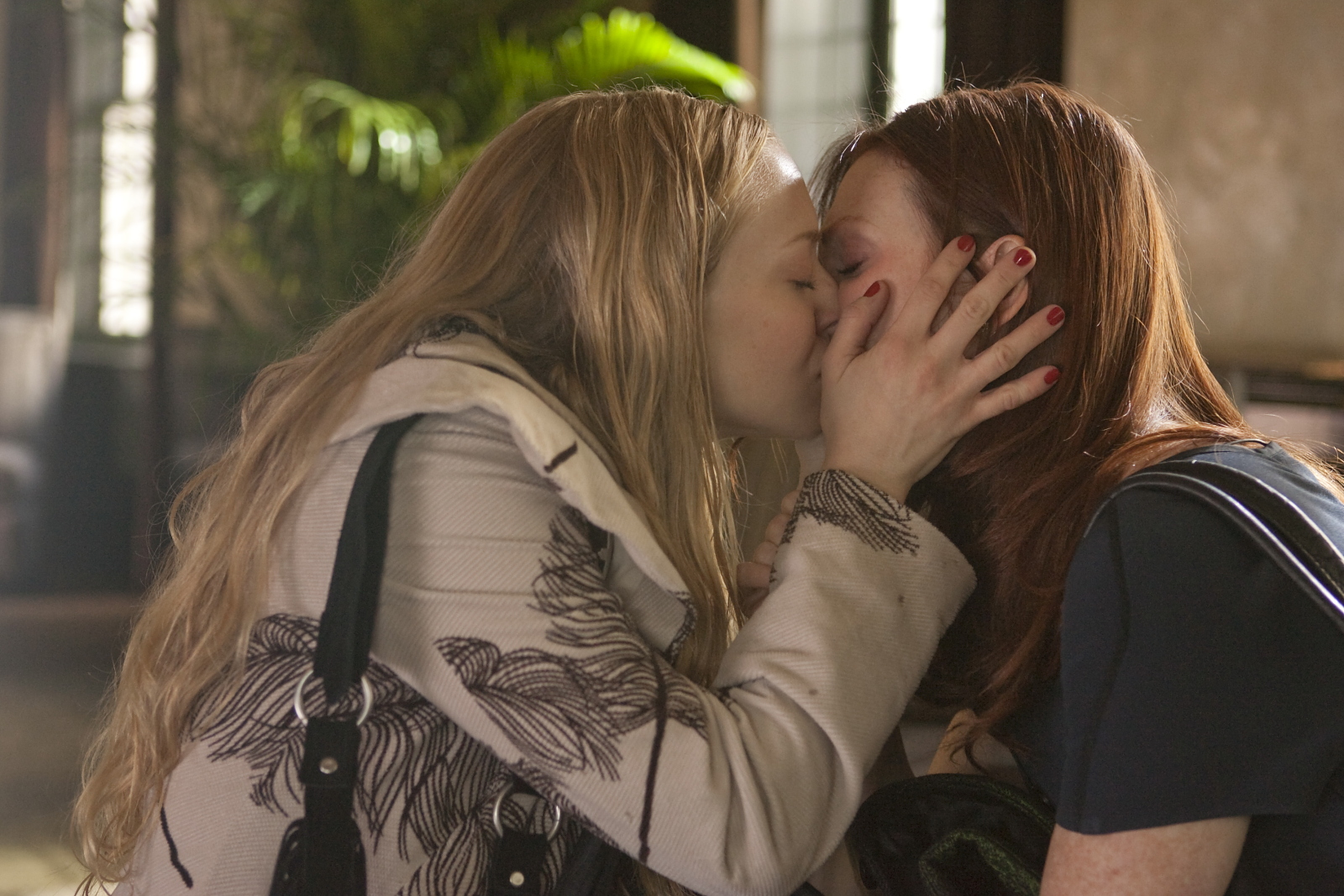 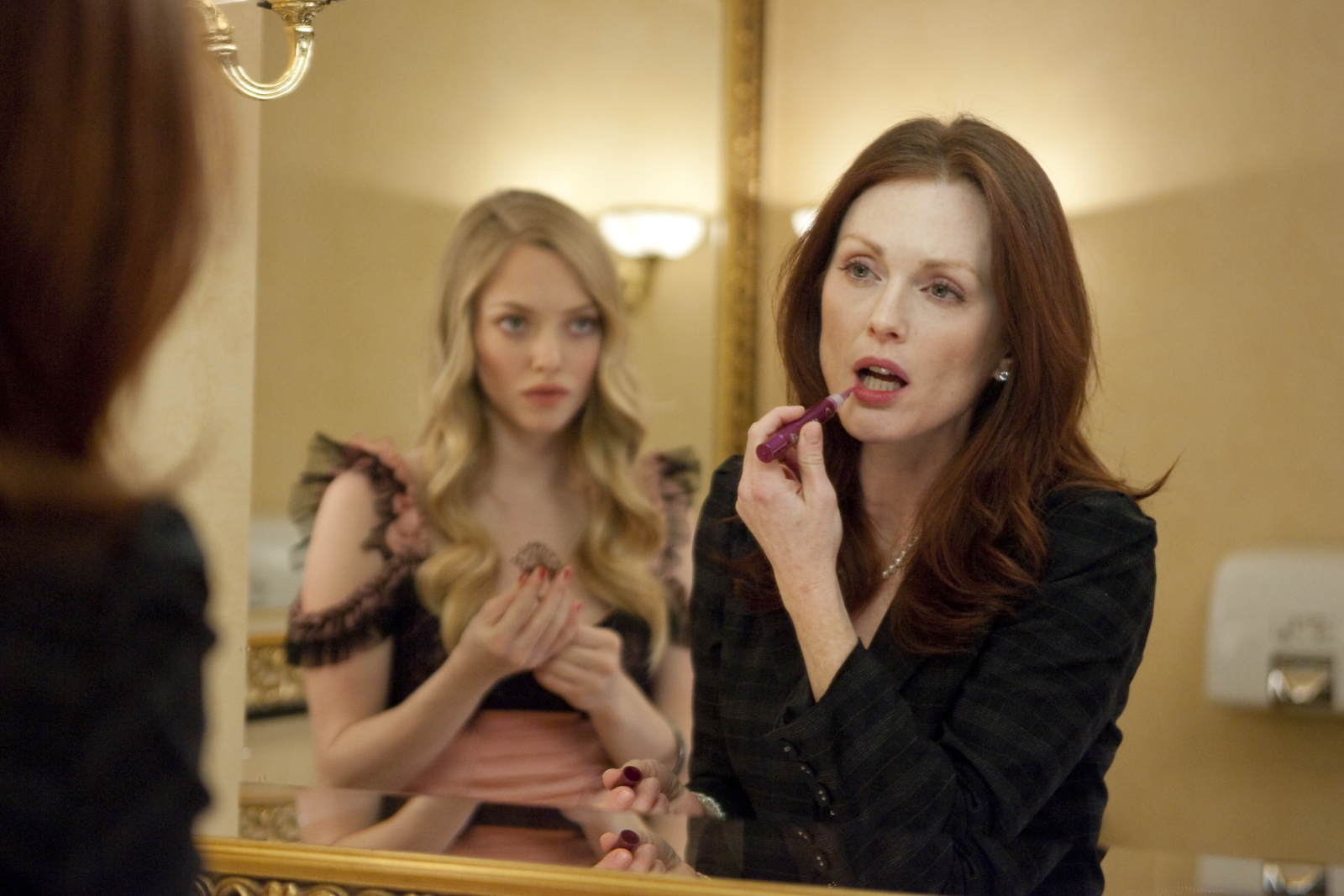 'Chloe'
色‧誘
Directed by: Atom Egoyan
Starring: Julianne Moore, Amanda Seyfried, Liam Neeson
Reviewed by: Roger Moore, The Orlando Sentinel
Opens Taiwan: now showing
Atom Egoyan, Canada's hit or miss or miss-by-a-mile cinema surveyor of the terrain of sex, finds mild chills and modest surprises with "Chloe," a softcore variation on "Fatal Attraction."
The filmmaker noted for occasionally fetishizing young starlets in awkwardly twisted films such as "Exotica" and "Where the Truth Lies" here semi-successfully remakes the kinky French drama "Nathalie," a tale of a jealous wife who hires a gorgeous young prostitute to tempt her husband,
Catherine (Julianne Moore) has endured David's constant flirting, his little slights. She tosses Chloe (Amanda Seyfried of "Mamma Mia!" and "Dear John") at him "just to see what he does."
Chloe is the most idealized hooker this side of "Pretty Woman" - gorgeous, smart, seemingly pure of heart and free from disease. She even commutes by bicycle. Well, this is Toronto, after all.
But as Catherine debriefs Chloe after each paid encounter, we sense that more is going on, that Chloe is playing at something and that hearing of her husband's weakness is seriously turning Catherine on.
Moore, who takes over the title "best actor never to win an Oscar" now that Jeff Bridges has been honored, gives Catherine, a gynecologist, shades of wounded motherliness, a wife and mom still making the effort, but not trusting her husband (Liam Neeson, deliciously flirty) and not on speaking terms with their musician son (Max Thierot of "Nancy Drew"). She is lost, and Chloe, played by Seyfried as a wide-eyed but knowing young woman who has learned to figure out what people want and how to give it to them, is cat to her mouse.
Egoyan gives Seyfried more nude scenes and many more extreme close-ups (the camera just loves her). But this is Moore's movie as Catherine staggers from in control to out of it, damaged but vengeful, understanding but cautious. When she tells Chloe of how she and her husband were once deeply in love, her words of warning sting both her and Chloe.
"I used to be younger."
"Chloe," adapted by Erin Cressida Wilson (screenwriter of "Fur: An Imaginary Portrait of Diane Arbus"), has a cloying eroticism with sex scenes seemingly dictated by prurience alone. The complications and intrigues stumble into predictability.