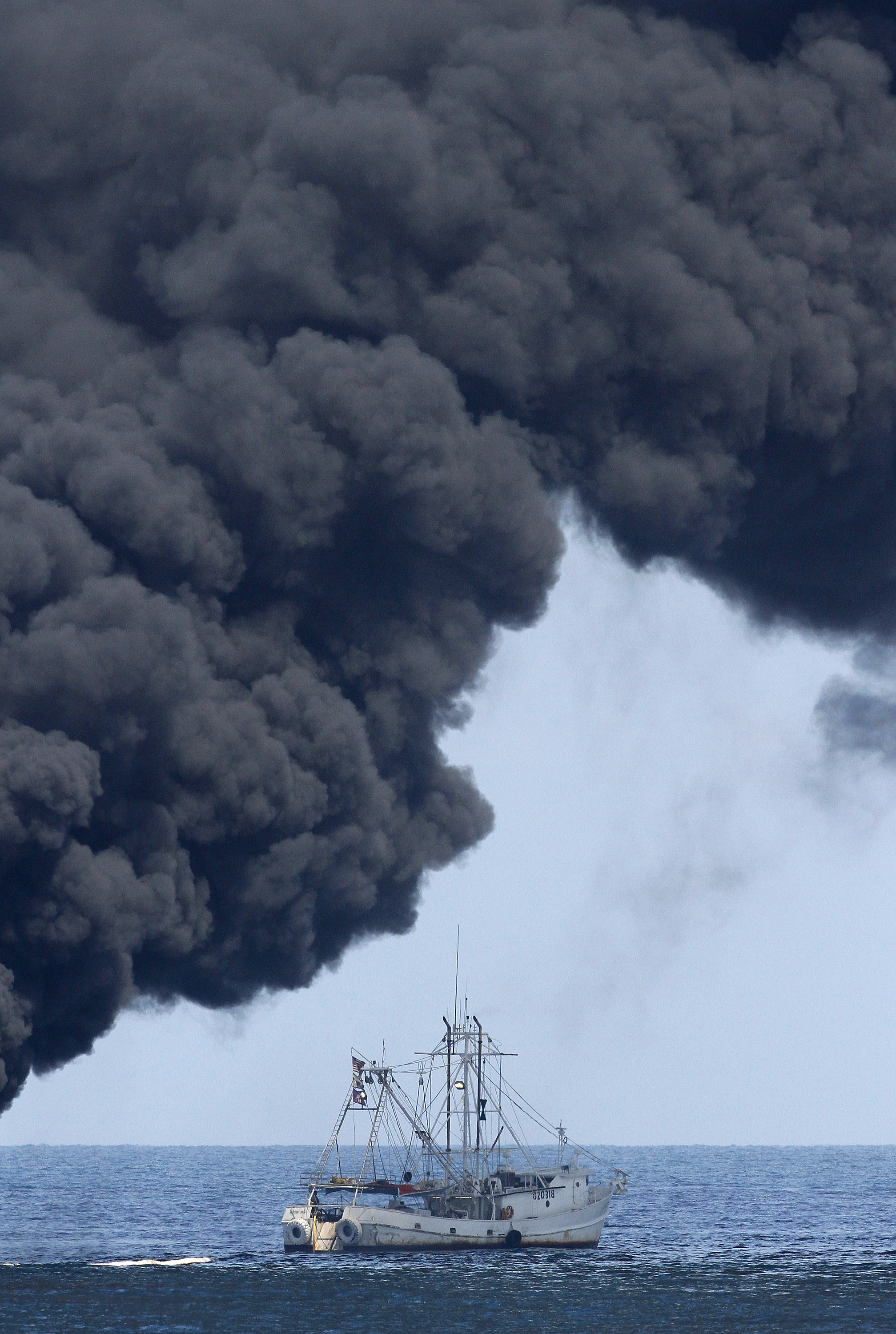 BP engineers working to choke the flow of oil into the Gulf of Mexico found a leak on a line attached to the side of the new well cap and were trying to fix it yesterday before attempting to stop the flow of crude.
BP said Wednesday evening it had isolated the leak and was repairing it before moving forward. It wasn't clear how it would affect the timing of the operation, or whether oil continued to be slowly closed off into the cap.
Work started earlier Wednesday after a day-long hiatus to allay government fears that the disaster could be made worse by going forward with the tests to determine whether the temporary cap can withstand the pressure and contain the oil. It was the best hope yet of stopping the crude from streaming into the water for the first time since the April 20 explosion on the Deepwater Horizon rig that killed 11 people.
The process began with BP shutting off pipes that were funneling some of the oil to ships on the surface so the full force of the gusher went up into the cap. Then deep-sea robots began slowly closing, one at a time, three openings in the cap that let oil pass through. Ultimately, the flow of crude will be blocked entirely.
All along, engineers were watching pressure readings to learn whether the well is intact. The first two valves shut off like a light switch, while the third works more like a dimmer and takes longer to close off. The leak was found in the line attached to the dimmer switch, but live video footage showed that oil previously spewing from other sources on the cap remained closed off.
Retired Coast Guard Adm. Thad Allen, the Obama administration's point man on the disaster, said a committee of scientists and engineers will monitor the results and assess every six hours, and end the test after 48 hours to evaluate the findings. "I was gung-ho for this test and I remain gung-ho for this test," he said Wednesday. If the cap works, it will enable BP to stop the oil from gushing into the sea, either by holding all the oil inside the well machinery like a stopper or, if the pressure is too great, channeling some through lines to as many as four collection ships.
The cap - a 75-ton metal stack of lines and valves - was lowered onto the well on Monday in hopes of either bottling up the oil inside the well machinery, or capturing it and funneling it to the surface. But before BP could test the equipment, the government intervened because of concerns about whether the buildup of pressure from the gushing oil could rupture the walls of the well and make the leak worse.
"We sat long and hard about delaying the tests," Allen said. He said that the pause was necessary in the interest of the public, the environment and safety, until officials were convinced the test could go forward.
Allen said the testing will also offer insight into the other, more permanent solution to the fix: two relief wells intended to plug the gusher from deep underground. The mapping of the sea floor that was done to prepare for the well cap test and the pressure readings will also help them determine how much mud and cement will be needed to seal off the well.