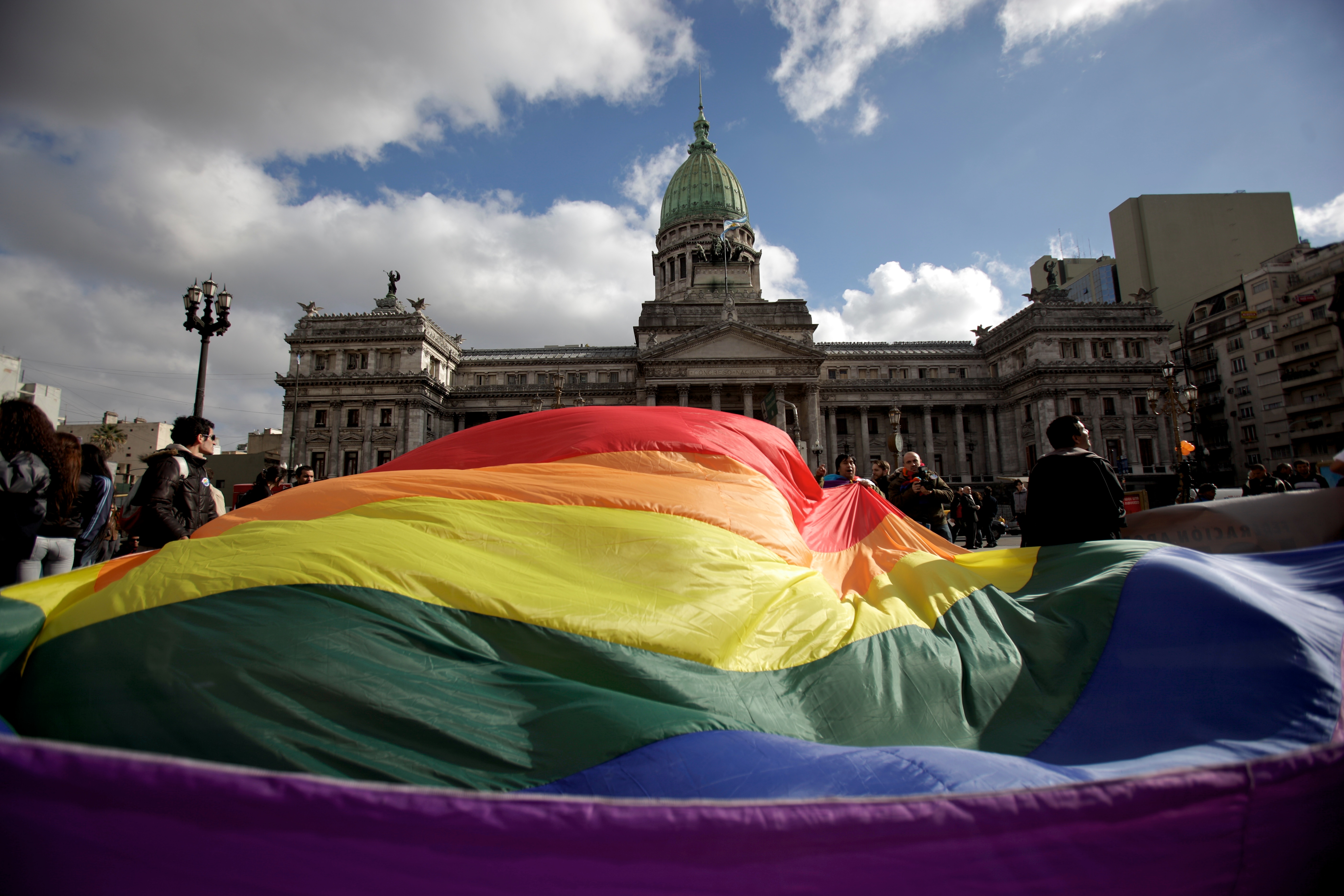 Argentina yesterday became the first country in Latin America to legalize same-sex marriage, following a landmark Senate vote carried live on national television.
The law, backed by the center-left government of President Cristina Kirchner, was adopted in a 33-27 vote after 15 hours of debate. In this majority Roman Catholic country, some had reservations, but the law passed.
"It is a historic day," said ruling party leader Miguel Pichetto.
Opposition Radical senator Gerardo Morales said Argentine society has changed, stressing that the bill was aimed at guaranteeing the rights of minorities.
Hundreds of people outside Congress cheered when the bill passed. Some chanted "Equality, Equality." Some tearful couples embraced.
In a country where more than 90 percent of people describe themselves as Catholic, some protestors including priests showing images of the Virgin Mary prayed outside as lawmakers took up the legislation.
Some marchers with gay and leftist groups shouted "Church, you Garbage, you are a dictatorship."
On Wedneday police had to separate opposing groups protesting outside the Senate who hurled eggs and oranges at each other.
Former president Adolfo Rodriguez Saa said: "Argentina has taken a step forward, but out in the street ... it will take time for hatred and resentment to heal."
The Catholic Church had called unsuccessfully for a national referendum on the issue.
Kirchner on Monday criticised church arguments, saying they brought to mind "the Inquisition."
The law tweaks the legal code which no longer will refer to husband and wife, but rather to "the marrying parties."
Same-sex couples will have the same rights as heterosexuals in terms of adoptions, social security and family time.
Argentina became the first country in Latin America to give a green light to same-sex marriage nationwide. It followed, around the world, the Netherlands, Belgium, Spain, Canada, South Africa, Norway, Sweden, Portugal and Iceland.
In Latin America, Mexico City but not the rest of the country has approved same-sex marriage.
Alex Freyre and Jose Maria Di Bello were the first same-sex couple to wed here Dec. 28 in Tierra del Fuego, in southern Argentina.
A legal fight ensued with some judges saying national law did not allow it.
They said they would take their fight to the Supreme Court if necessary. But lawmakers decided to act before the high court was approached on the issue.