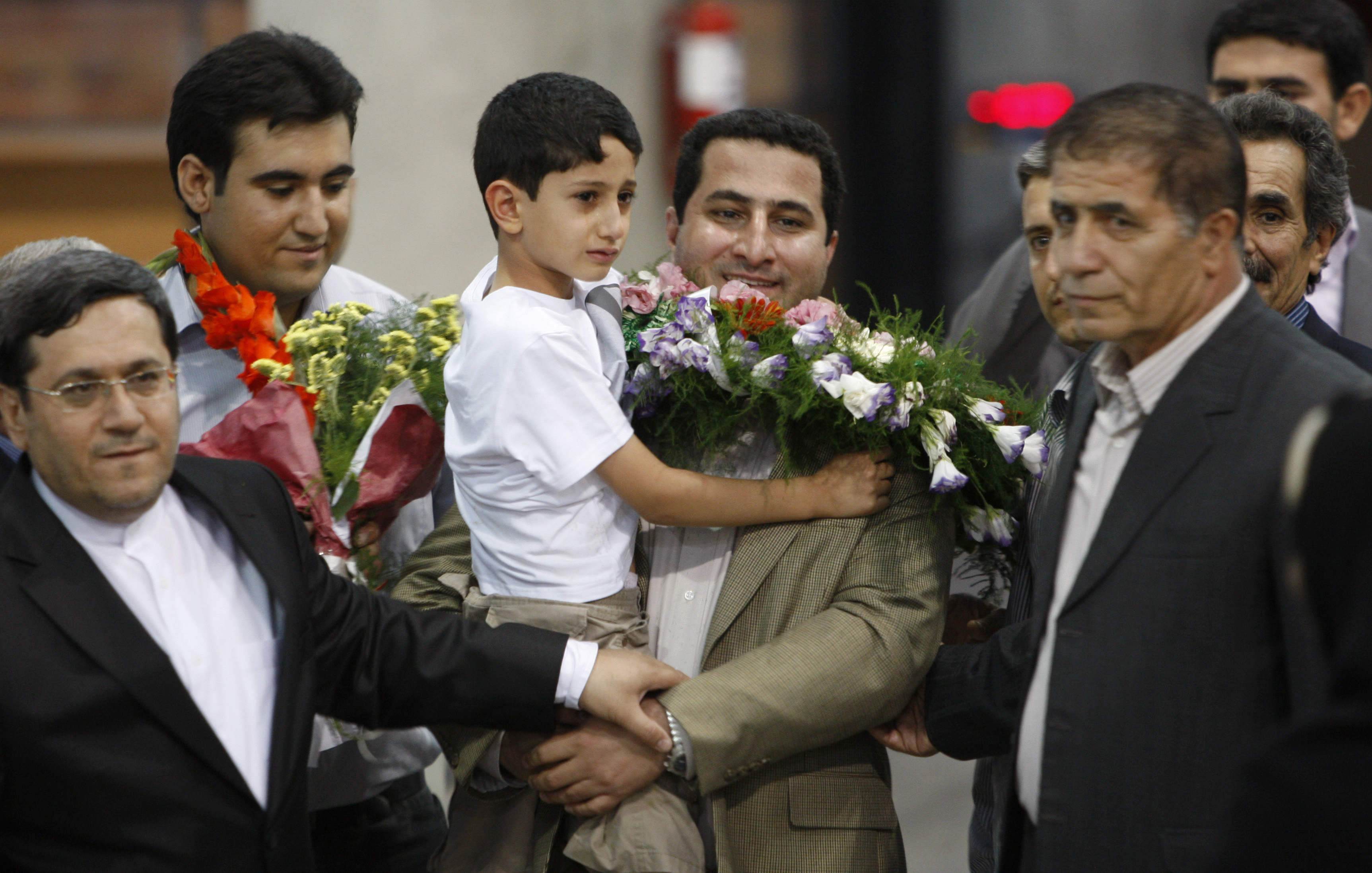 Flashing a victory sign, an Iranian nuclear scientist who claims he was abducted and abused by U.S. agents a year ago returned yesterday to his homeland and into the heart of the latest crossfire between Washington and Tehran.
The conflicting accounts about Shahram Amiri - captive or defector who got cold feet - are unlikely to alter the Western-led pressure on Iran over its nuclear program.
But Iran's leaders are expected to use Amiri to ring up as many propaganda points as possible against Washington - showing that relations remain in a deep freeze and hopes of breakthrough talks appear as distant as ever. It also gives the ruling clerics a welcome distraction at a time when domestic protests are growing over Iran's stumbling economy and worries about the fallout from international sanctions.
Amiri's return "shows the strength of the Islamic republic," boasted lawmaker Amir Taherkhani. Another prominent parliament member, Alaeddin Boroujerdi, called the alleged kidnapping a "terrorist act."
But the Washington Post reported that the CIA paid Amiri US$5 million to provide intelligence on Iran's nuclear program. The Post in its online edition late Wednesday said the money came from a secret program aimed at inducing scientists and others with information on Iran's nuclear program to defect.
In also remains unclear how Iranian authorities will ultimately deal with Amiri - and the U.S. claims he cooperated with American authorities - despite his hero-style welcome.
Journalists were allowed to cover Amiri's first steps back in Iran in a rare relaxation of media restrictions. The last such press gathering permitted at Tehran's international airport was linked to another tussle with Washington: the May visit by the mothers of three jailed Americans arrested last year on the Iran-Iraq border.