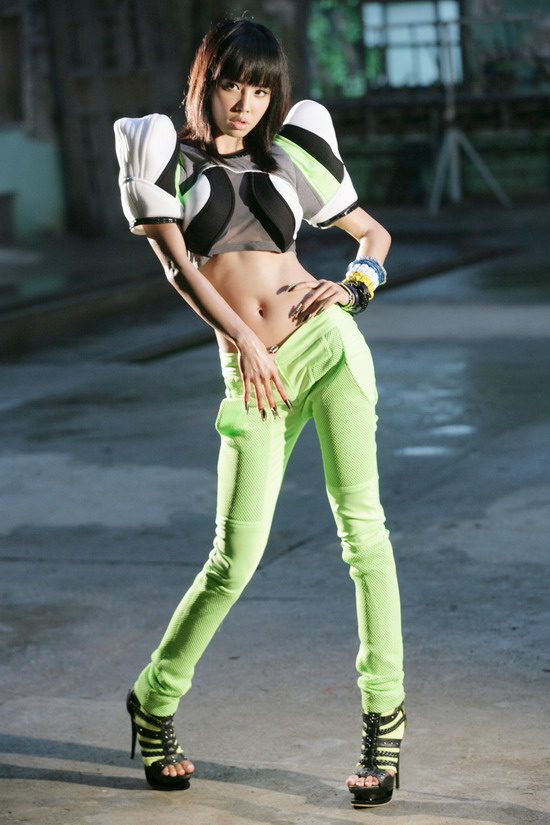 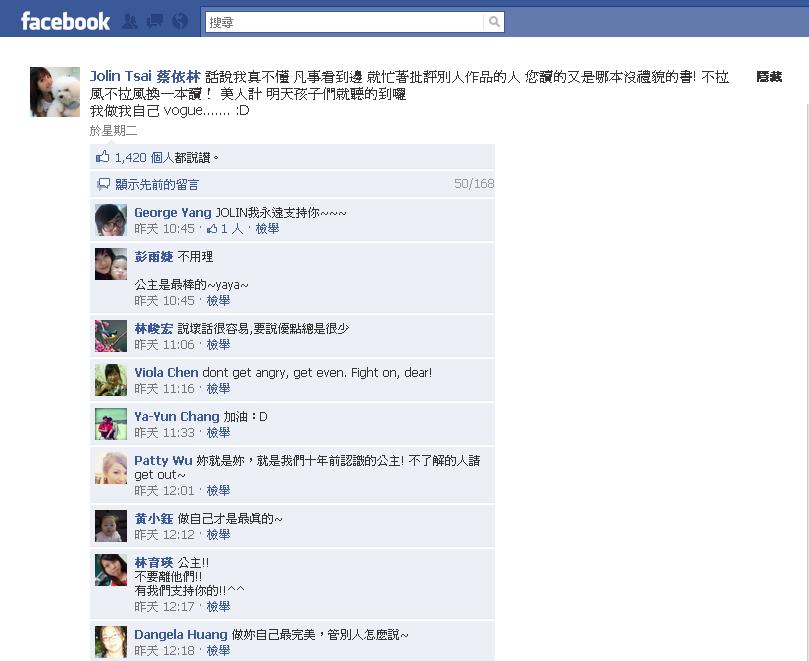 As the sensational Lady Gaga is accused to add a touch of Madonna’s Vogue in the MV of her Alejandro, another Taiwanese super singer Jolin Tsai is determined to catch up the trend in his new album entitled “Voguing” in order to pay a tribute to the legendary recording artist, actress and entrepreneur. Voguing is an idea from dancing steps aimed at showing respect to the world star, noted Tsai, adding that her Korea trip is to seek guidance from Benny Ninja, who also instructed Madonna in her dancing steps before. However, Jolin’s efforts in her latest album received unexpected derisions and sarcastic remarks. “This is not Vogue. I really have no idea what kind of Vogue Jolin is reading now,” noted a famous blogger. “A real Buzz Lightyear! Awesome and adventurous,” said Lucifer Chu in his remarks for Jolin’s featuring costume for this album. Responding to ruthless attacks on the Internet, Jolin replied on her Facebook page that “I really don’t realize those who only criticize others with just a shallow understanding. I will still do myself.” Benny Ninja, the internationally renowned dancer, also noted that Jolin will be the first singer finishing the Voguing dance since Madonna was just halfway from completing it in her MV. Jolin's "Beauty Scheme" Madonna's Vogue