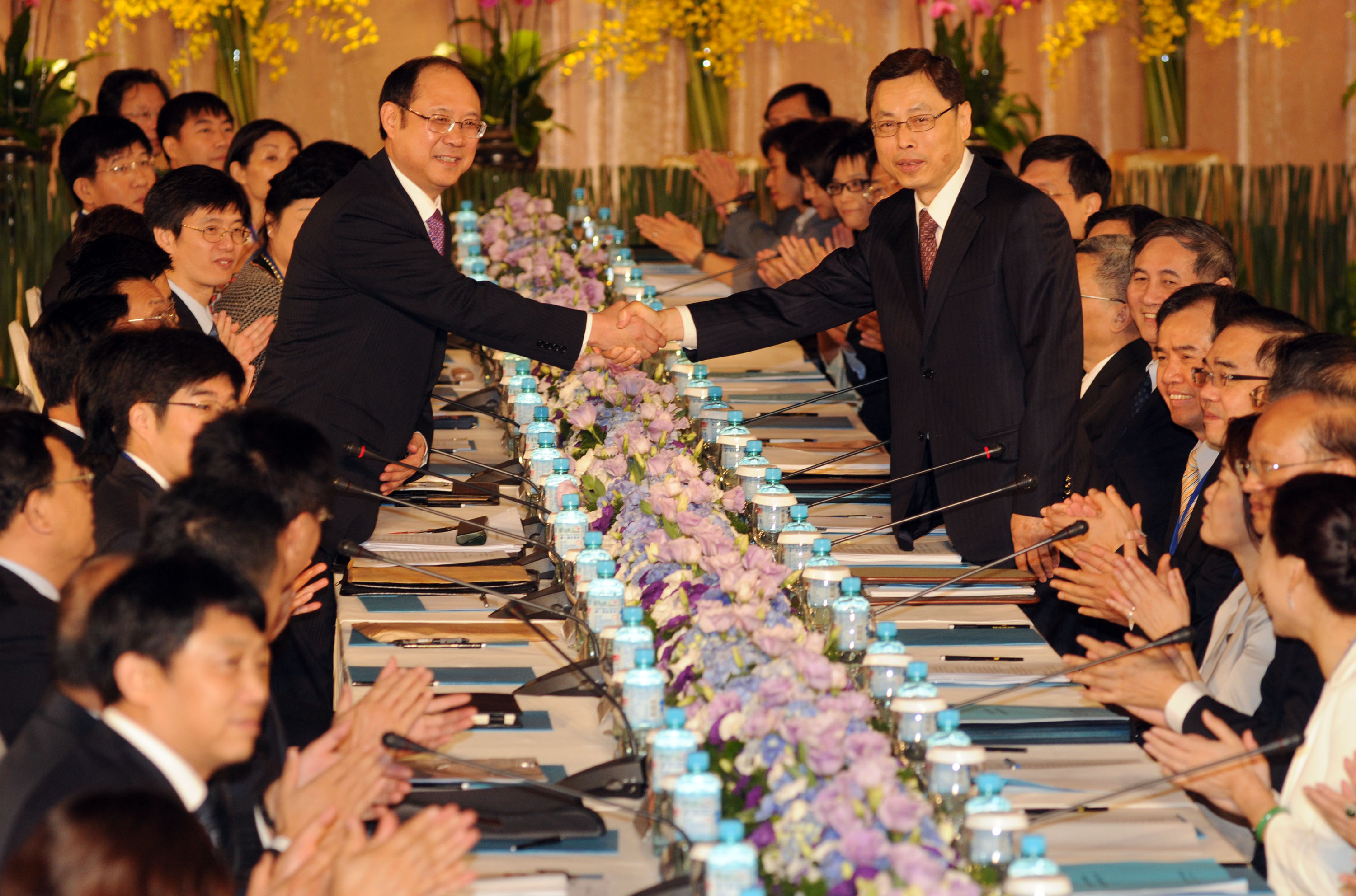 Taiwan and China will sign the Economic Cooperation Framework Agreement in the Chinese city of Chongqing next Tuesday, while the "early harvest" list of tariff concessions will cover 539 Taiwanese products and 267 Chinese goods, officials said yesterday.
The signing will occur despite fears that the accord will lead to the decline of Taiwan's traditional economic sectors and harm its sovereignty by forming a first step toward unification with China.
The tariffs would be cut or abolished in three stages over a period of two years, reports said, though 108 Taiwanese products would receive the zero tariff immediately, including 18 agricultural products ranging from fish to bananas.
The advantage to Taiwan would amount to US$13.8 billion (NT$443 billion), reports said, while China would receive benefits estimated at US$2.8 billion (NT$90 billion).
Premier Wu Den-yih said he could not say he was satisfied, but he could accept the result. He led senior members of his Cabinet to the Legislative Yuan yesterday afternoon for a report to its speaker, Wang Jin-pyng.
"On the part of protecting our side, we protected it quite beautifully, but on the attack side, we didn't get everything according to our wishes and aims, so more effort will be needed," Wu told reporters when arriving at the Legislative Yuan. Both sides are expected to hold negotiations months after the signing in the hope of expanding the list.
The final details of the list and the timing and location for the signing of ECFA were worked out yesterday morning at a meeting in Taipei by delegations of the two semi-official bodies in charge of cross-straits negotiations, Taiwan's Straits Exchange Foundation and China's Association for Relations Across the Taiwan Straits.
The two top envoys, SEF Chairman P.K. Chiang and ARATS Chairman Chen Yunlin, will arrive in Chongqing next Monday and sign ECFA as well as an expected agreement on the protection of intellectual property rights the following day.
Chiang will also meet local Communist Party leader Bo Xilai, widely regarded as a reformist, before returning to Taiwan next Wednesday.
After the Taipei preparatory meeting yesterday, Taiwan's chief negotiator, SEF Vice Chairman Kao Koong-lian, said Taiwan did not make any concessions.
His Chinese counterpart, ARATS Vice Chairman Zheng Lizhong, said that China conceded everything that could be conceded, for example not demanding to export farm products or send workers to Taiwan.
Democratic Progressive Party Chairwoman Tsai Ing-wen said the Legislative Yuan should examine ECFA article by article and clause by clause. The opposition has accused the government of failing to provide sufficient details about the negotiating process. The agreement will also make Taiwan's economy too dependent on China, the DPP said.
The party released an opinion survey showing most respondents thought the gap between rich and poor would grow wider over the next year, while unemployment would also rise as a result of ECFA.