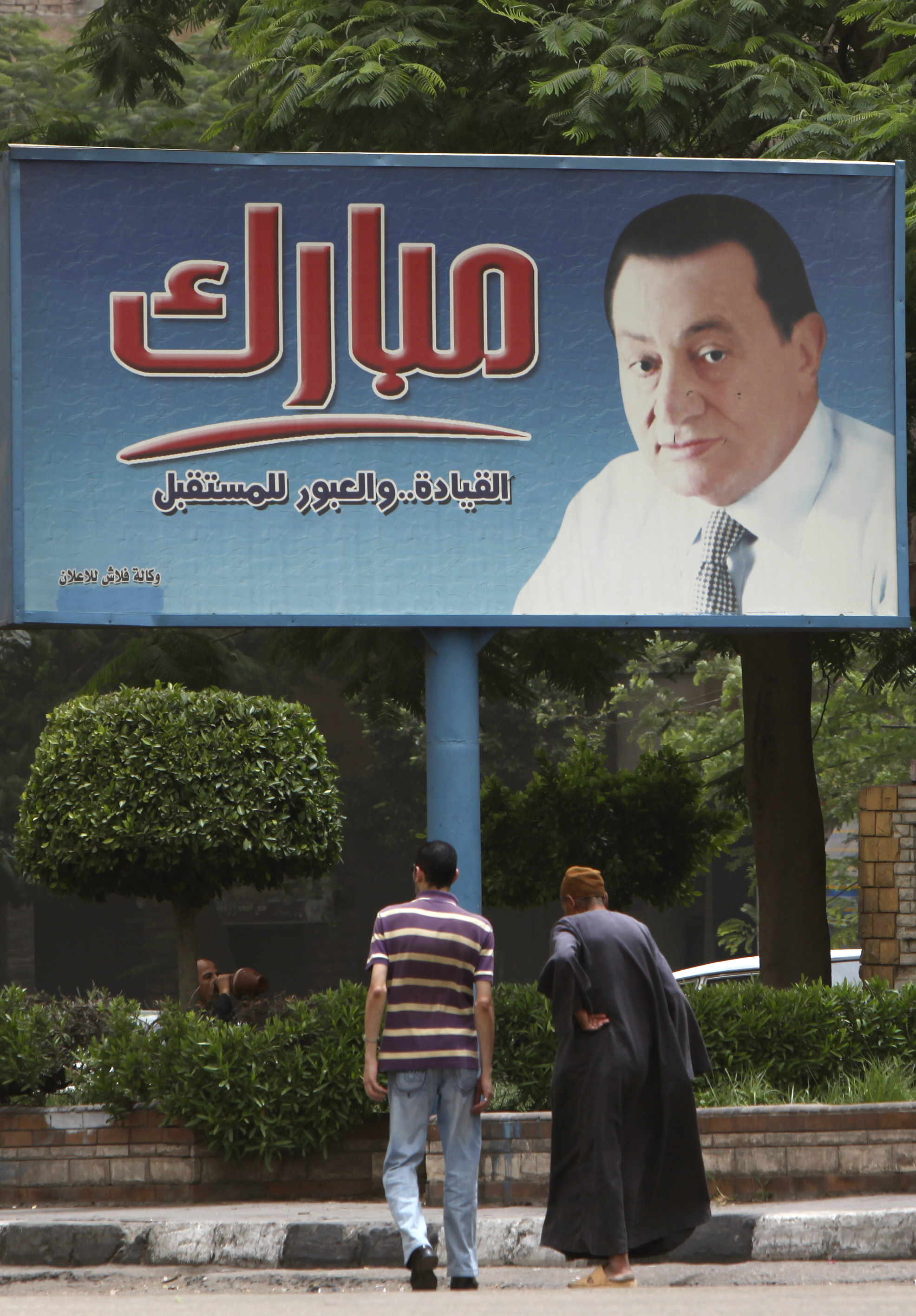 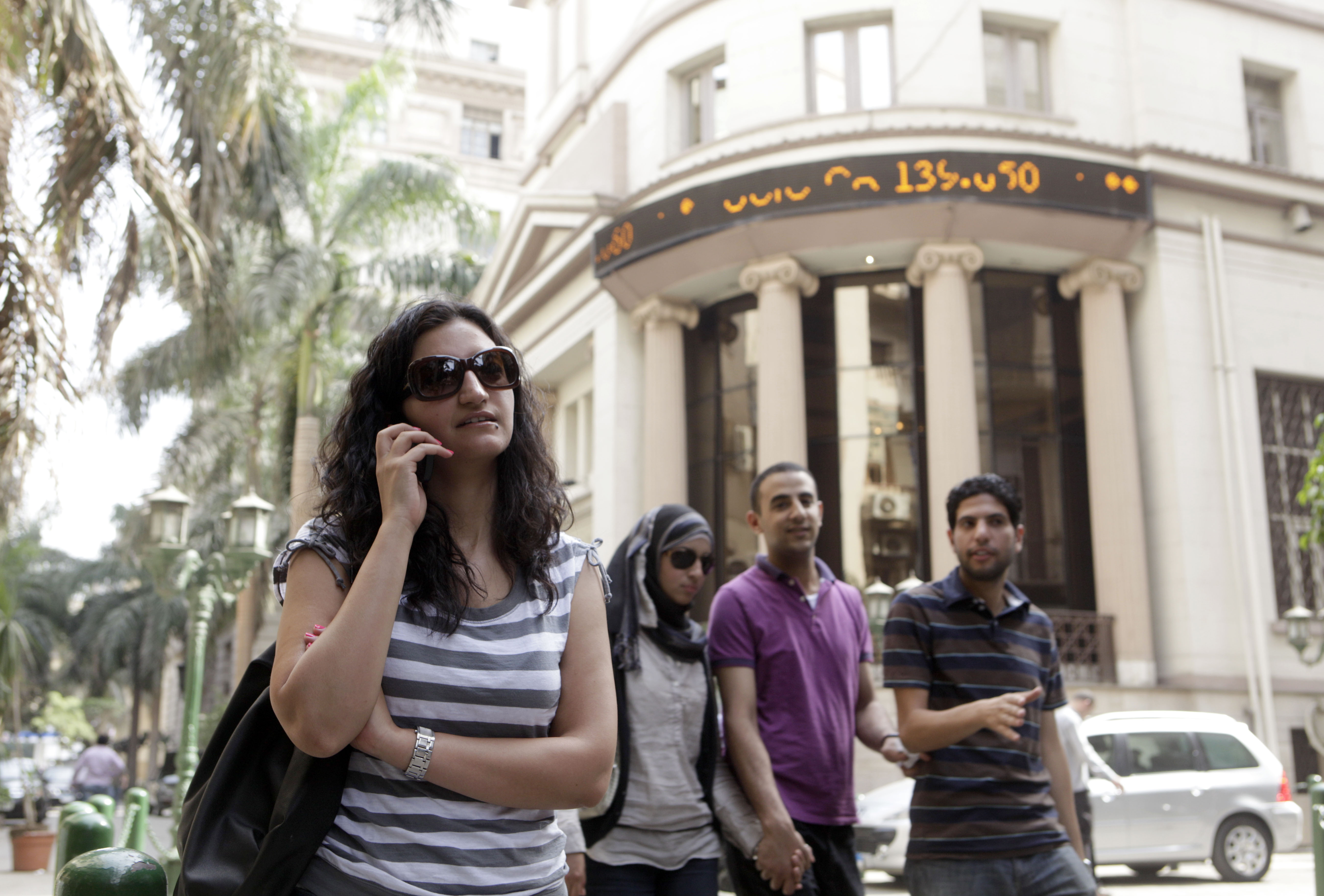 To the millions of Egyptians who have known no other president, Hosni Mubarak is the "Father of the Nation." But as with many fathers, they also have deeply mixed feelings toward him.
Nearly half of Egypt's population of 78 million were born or raised under Mubarak's nearly 30-year authoritarian rule, and they have been hit hardest by the country's growing poverty and corruption and faltering education system.
Yet, many cannot imagine any other viable leader, and they're deeply worried about what could happen if he passes from the scene.
That possibility was thrown into sharp relief when the 82-year-old Mubarak underwent gall bladder surgery in Germany in March and was gone for three weeks, then spent weeks out of the public eye after returning home.
"I was terrified when he was in Germany. I was thinking 'who will take charge of the country if he dies? Even with him around, you feel that we are a hair's breadth away from chaos," said 28-year-old Noha al-Shahed.
Al-Shahed is, in theory anyway, one of those who have benefited from the changes Mubarak has brought. She works as a stock trader in Cairo - a field that hardly existed in Egypt until the regime's opening of the market economy over the past decade. Still, she's embittered by what she says is the Mubarak government's constant denial of democracy.
But she fears the unknown could be worse. "High rates of poverty and criminality already are with us, but with Mubarak gone there will be looting and killing on the streets," she said.
Fear of the unknown
Fear of the unknown is a safeguard the government has intentionally cultivated. Mubarak has long prevented any political figure from gaining enough prominence to stand as an alternative and has rejected calls to name a vice president who could be seen as a successor.
Moreover, his ruling party often pushes warnings that without Mubarak, the way is open to power for the Muslim Brotherhood, the fundamentalist movement that is the strongest opposition force but is deeply mistrusted by many Egyptians.
Mubarak told reporters during a visit to Italy in mid-May that "only God knows who will be my successor," raising criticism at home from some who saw it as a rather flip dismissal of the idea that democracy would determine who comes after him.
Since his surgery, Mubarak has not said whether he will run for a new, six-year term in presidential elections due next year - but top party officials said in late May that they want him to, making it very likely he will run.
But Egyptians' uncertainty over the future only underscores how deeply Mubarak - the country's longest-serving ruler in two centuries - in entrenched in their lives.
Mubarak's background
The former air force bomber pilot, who became president when his predecessor Anwar Sadat was assassinated in 1981, has significantly modernized Egypt during his rule. He liberated the quasi-socialist economy he inherited, opening doors to foreign investors and imports and giving the private sector a virtually free rein.
The result in recent years has been strong annual economic growth of up to seven percent.
But critics say the wealth has gone only to a small elite, while the middle class has been crushed under high inflation and other woes.
Moreover, the generation raised under Mubarak has had a tough time even entering the economy. Overall unemployment has hovered around nine percent in past years, but among those aged 20-25 it has been as high as 40 percent, according to official figures. Among college graduates, unemployment has risen from 12 percent in 1995 to 17 percent in 2005.
At the same time, democratic practices and freedoms have regressed. Opposition parties are little more than figureheads set up by the regime, elections are routinely rigged or fraught with irregularities and police brutality is common. Security agencies hold wide powers under the emergency law in place since Mubarak came to office and also have considerable political influence.
Mixed feelings
The result is a generation that is deeply frustrated, and while many will grumble about Mubarak, at the same time he is the only one they can turn to.
In recent months, a "popular" judgment of the regime has sprung up on the sidewalks outside parliament and the prime minister's office in central Cairo, with hundreds of protesters camping out to press demands for better pay, jobs or to air personal grievances.
Significantly, many of these protests don't criticize Mubarak, but rather appeal to him for help. Some of the protesters shout slogans accusing "traitors" within the ruling party of stripping authority from Mubarak amid his illness.
Among them on a recent day was 32-year-old Alaa Moharam, who was camping out along with dozens of fellow workers from a telephone equipment factory whose privatization in 2000, they claim, is placing their jobs in jeopardy.
"Mubarak is the only one who can save us from this predicament," said 32-year-old Moharam. Then he added, "But he is isolated from the people. Honestly, maybe he can no longer make a difference."
Isolation from their leaders is something Egyptians have complained more and more of in recent years. Mubarak never ruled by charisma. Instead, his image has been that of a spartan military man and a paternal "common man" who wants the best for his children.
That image never won him Egyptians' enthusiasm but it won him their reliance.
Hamza Hendawi is an Associated Press writer.