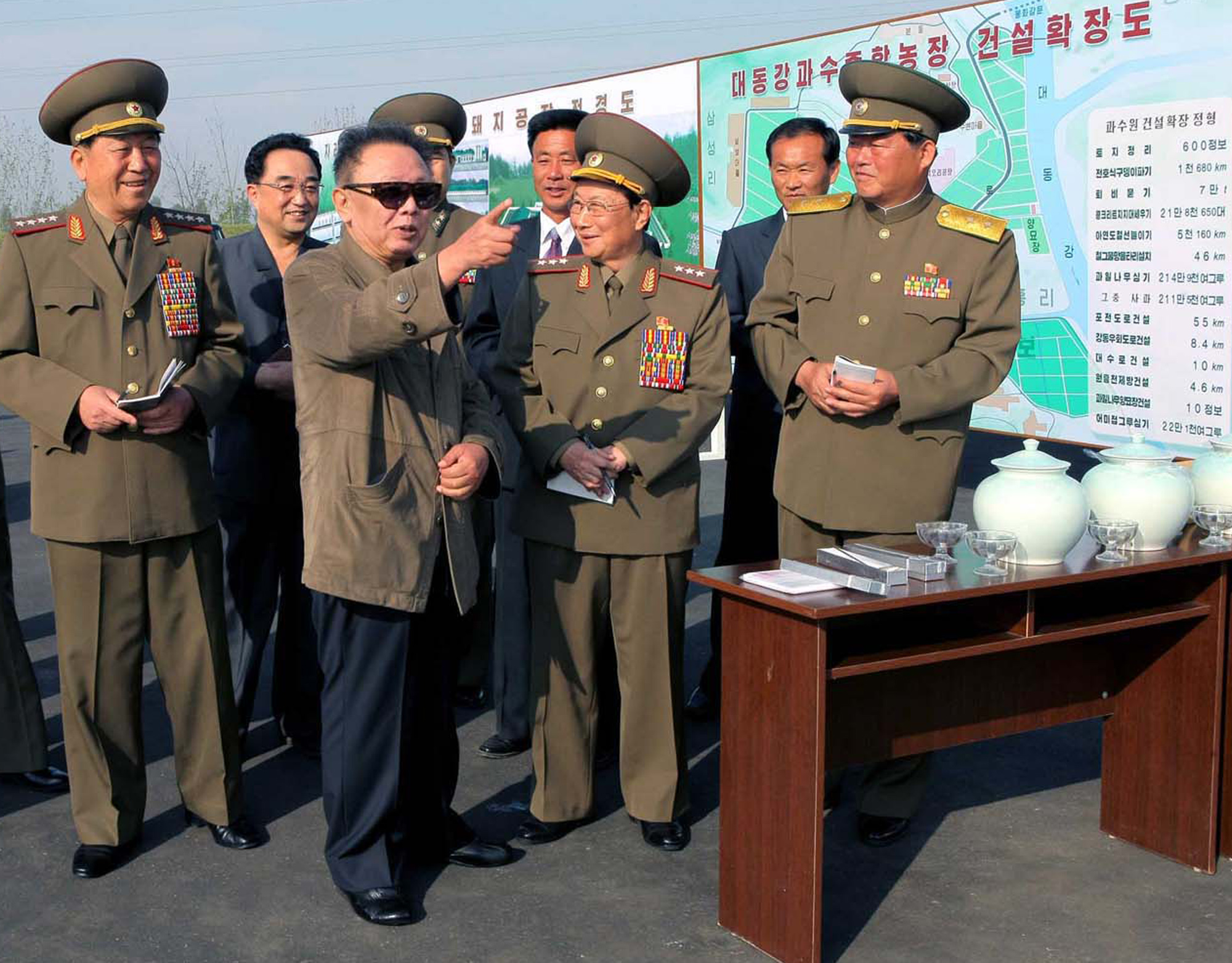 North Korea's ailing leader Kim Jong-Il appears to be paving the way for his youngest son Jong-Un to take over in what would be the hardline communist state's second dynastic succession.
But barring a dramatic change of course, Jong-Un seems set to inherit a hungry, impoverished and sanctions-hit nation still locked in confrontation with the West over its nuclear ambitions.
Some analysts say the current regime is becoming increasingly unpredictable as Kim, 68, battles health problems and the economy crumbles.
A reshuffle announced last Tuesday saw Kim's brother-in-law Jang Song-Thaek, who acts as mentor to the young Jong-Un, appointed as a vice-chairman of the top decision-making body the National defense Commission.
The move shows the North "is formalizing and finalizing its planned father-to-son power transfer," said Paik Haksoon of Seoul's Sejong Institute think-tank.
It was unclear when Kim would step down. But Paik predicted the son would be formally designated as eventual successor in 2012, the year the country has set for becoming a "great, powerful and prosperous" nation.
In the meantime, prosperity is a mirage.
The North suffered famine in the mid-1990s which killed hundreds of thousands of people and it still grapples with severe food shortages. The U.N. children's fund estimates one third of children are stunted by malnutrition.
"North Korea is now in a dire situation, with its economy almost bankrupt and resources depleted," said Korea University professor Yoo Ho-Yeol.
"Sanctions and failed policies have aggravated food shortages and difficulties in other sectors," Yoo told reporters.
"It has no other option but to introduce Chinese-style (economic) reforms for survival but its leadership is afraid of doing so, as seen in its failed currency reform."
The state food distribution system collapsed during the famine and North Koreans began having to use their wits to stay alive. Free markets sprang up and were condoned for a time.
Since 2005, the regime has been reasserting its grip on the economy, with controls or outright bans on free markets. A currency revaluation last November, designed to flush out entrepreneurs' savings, was seen as part of the process.
The move backfired disastrously, fuelling food shortages as market trading dried up and sparking rare outbreaks of unrest.
Despite food shortages the North for two decades has been locked in a standoff with the U.S. over its nuclear weapons program.
Pyongyang angrily quit six-nation disarmament talks in April 2009 but had been suggesting a conditional willingness to return - until an explosion tore a South Korean warship in two in March with the loss of 46 lives.
South Korea and the U.S. say a North Korean torpedo was to blame and nuclear negotiations must be put on hold.
The incident sparked another sharp rise in tensions as the North furiously denied involvement and said Seoul's reprisals could spark war.
Yoo said Kim seems to have won support from the powerful military for the eventual power transfer to his son, and the parliamentary session which announced the personnel changes could herald a policy shift.
"North Korea is always unpredictable but it may (now) place priority on economic and political issues."
Yang Moo-Jin, of Seoul's University of North Korean Studies, said he was sceptical the North had ordered the warship attack.
But in general, he said, Kim's health problems and worsening economic conditions "make North Korea more unpredictable than before."
Andrei Lankov of Seoul's Kookmin University saw the ship attack as revenge for a naval clash last November.
The North's policy had become less calculating and more upredictable since late 2008, when Kim was reportedly recovering from a stroke, he wrote in an article last month.
Kim's judgement could have been impaired or he might simply be working much shorter hours, Lankov wrote.
"At any rate, Pyongyang is becoming less calculating, less rational and less Machiavellian than it used to be. And this is not good news."
Simon Martin is an Agence France-Presse writer.