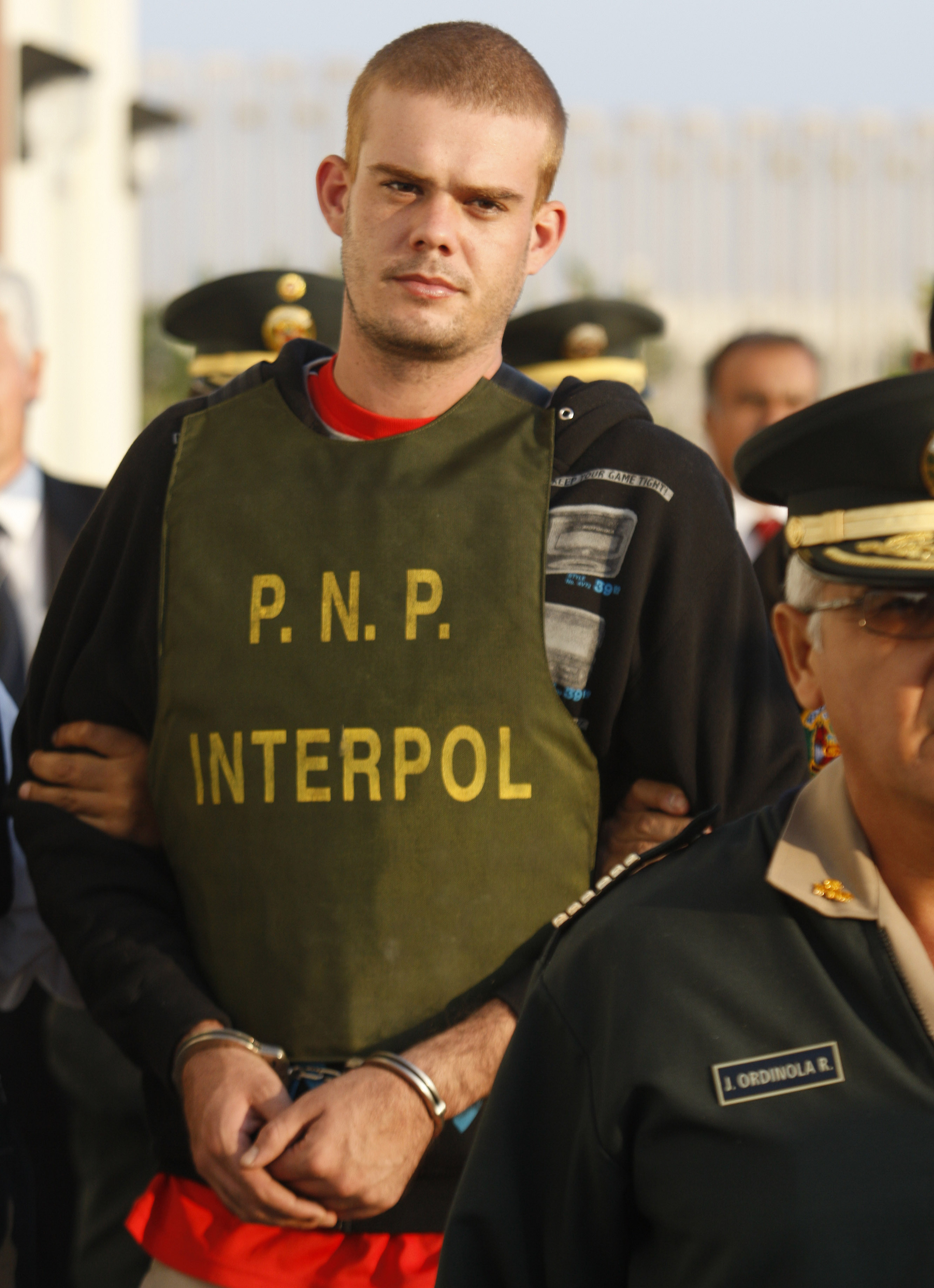 Joran van der Sloot 's confession in the murder of a 21-year-old woman - allegedly smashing her face and strangling her - was so complete that police decided there was no need to take him to the crime scene for a walkthrough, according to Peru's criminal police chief.
The case against the young Dutchman, who also remains the lone suspect in the Natalee Holloway missing-teenager case, goes to prosecutors yesterday so they can file formal charges, said the official, Gen. Cesar Guardia.
"We've practically closed the case," he told The Associated Press. "He's confessed with a wealth of details that have been corroborated through criminal investigative rigor."
Guardia denied any suggestion that Van der Sloot's confession was forced. He said a translator assigned by the Dutch Embassy was present, as was a state-appointed defense attorney.
If tried and convicted on murder charges, Van der Sloot would face from 15 to 35 years in prison.
What remains unresolved is the May 30, 2005 disappearance of Holloway on the Caribbean island of Aruba.
Efforts by the FBI to try to resolve it may have inadvertently helped fund the travel that enabled the murder - exactly five years to the day after the Alabama teen vanished - of Lima business student Stephany Flores.
Believing it was closing in on Van der Sloot, the FBI videotaped and paid him US$25,000 in a sting operation in Aruba last month, investigators told the reporters. But it held off on arresting him, and he took the money and flew to Peru.
Peruvian interrogators restricted their questioning of Van der Sloot to the case of Flores, the daughter of a circus promoter and former race car driver whom he met playing poker at a casino, Guardia said.
He told the reporters in an interview Wednesday evening that the 6-foot-3 (190-centimeter-tall) Van der Sloot, 22, impressed investigators with both his intelligence and brutality.
"He grabbed her and smashed her with an elbow," Guardia said, pointing to his own nose. "A lot of blood spewed out ... Then he strangles her and throws her to the floor."
"He is irascible. He has no self-control," Guardia said.
The general said Van der Sloot took Flores' cash, about US$300 worth of Peruvian currency, and two credit cards.
Guardia said Van der Sloot attested in his confession to killing Flores because she found out about the Aruba case by using his laptop without his permission. But he said police didn't necessarily believe him and think he may have killed Flores before going out and returning to the room with two cups of coffee and rolls.
"This guy is very intelligent but at times has lapses," said Guardia. "And the truth is that he is not a person in possession of all his senses."
A psychological examination is pending, he said.
Van der Sloot is also getting plenty to eat, Guardia said. "If he wants a steak we give him a steak ... If he wants a cigarette we give him cigarettes."
The evidence against the Dutchman includes hotel security camera video showing Flores and Van der Sloot entering his hotel room together and the Dutchman leaving alone four hours later.
"The incriminatory elements were so powerful that he had to confess," said Guardia.
Van der Sloot confessed, police say, on his third full day in police custody and a full week after he fled into northern Chile.
He was charged with extortion in the U.S. on June 2, the day of his arrest in Chile, in a case U.S. law officers and a private investigator say stemmed from work revived in April when Van der Sloot contacted a lawyer for Holloway's mother. The Dutchman was seeking US$250,000 in exchange for the location of the young woman's body, they said.
Van der Sloot's father died in February and he "wanted to come clean, but he also wanted money," the private investigator, Bo Dietl, told the reporters.
Holloway's family said they wanted closure and the attorney, John Kelly, contacted the FBI. It sent 10 to 12 agents to Aruba who set up a sting operation, added Dietl, who works with Kelly.
criminal complaint in the case says Van der Sloot got a partial payment of US$15,000 wired to a Netherlands bank on or around May 10.