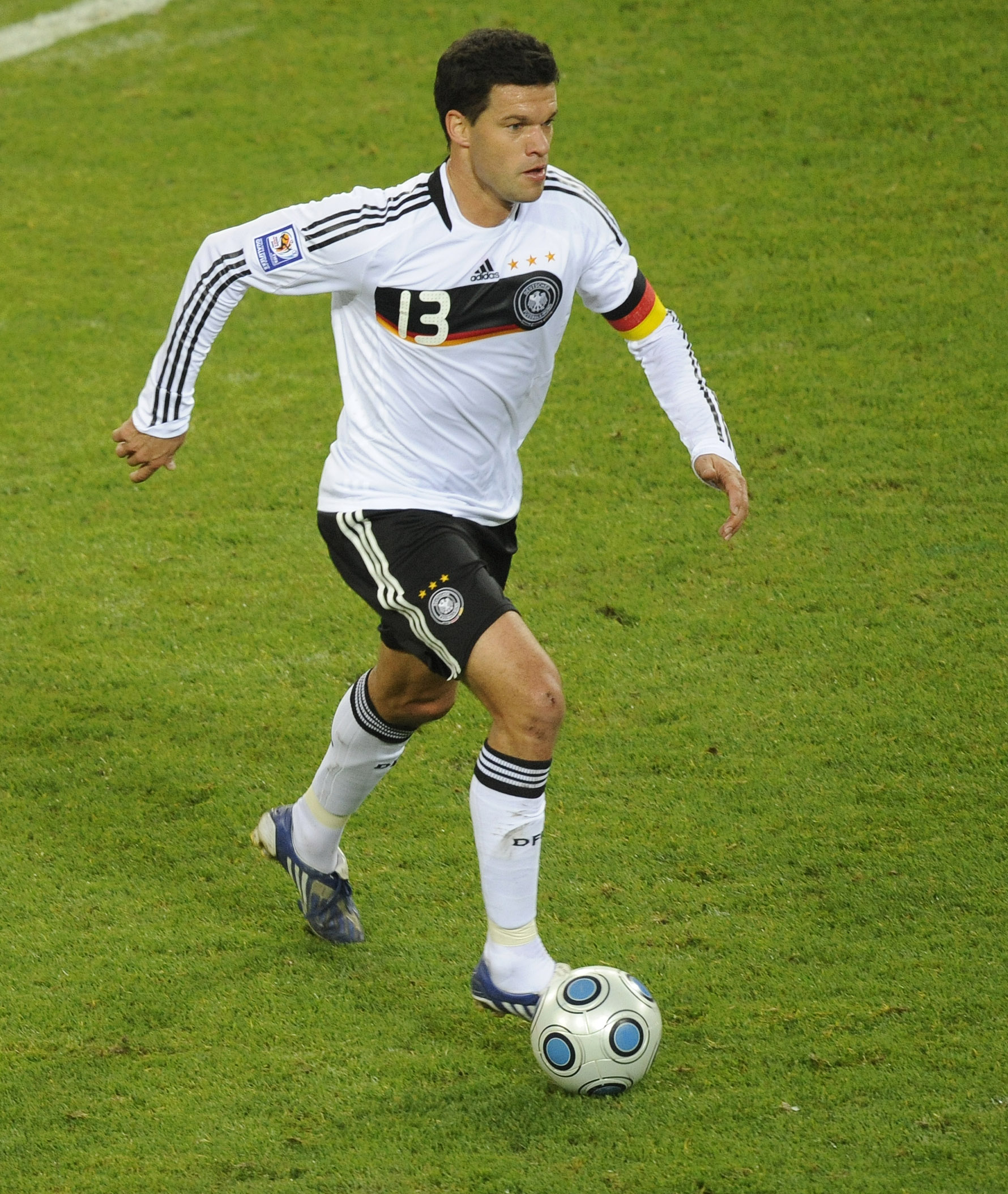 Germany prepare for life without captain Michael Ballack when they face Hungary in Budapest today in their penultimate World Cup warm-up.
With Ballack out with an ankle injury, Bayern Munich defender Philipp Lahm is widely tipped to take over the captain's armband to lead the side in South Africa.
Germany's Bayern players may be rested by coach Joachim Loew to give them some extra rest after last Saturday's Champions League final defeat and Loew will look at different options to replace Ballack in midfield.
Coached by former Dutch midfielder Erwin Koeman, the Hungarians are expected to give the Germans the same kind of test at the Ferenc Puskas Stadium as Group D opponents Serbia in South Africa.
With Ballack out and Lahm set to take charge, Loew is expected to name Schalke 04 goalkeeper Manuel Neuer between the posts in Budapest in place of injured first-choice Rene Adler.
Bremen's Tim Wiese is set for a place on the bench with Bayern Munich's 35-year-old goalkeeper Hans-Joerg Butt unable to train on Thursday with an upset stomach.
With Ballack out after injuring his ankle in the FA Cup final nearly two weeks ago, midfielder Thomas Mueller says it is down to the rest of the squad to raise their game to compensate.
"It's not about who wears the armband," said Mueller.
"After the loss of Ballack, experienced players like Klose, Schweinsteiger and Lahm must now step up.
"Just because one person is captain, they won't turn around and say: 'I have the armband, so I am boss'."
While Germany lost both midfielders Ballack and Christian Traesch with ankle injuries in recent weeks, Hungary have a few injury concerns of their own.
"The conditions for preparation could have been better," said Koeman.
"There have been a few injuries and this match is a big challenge for us, but it is essential to play the big teams like Germany or the Netherlands to get us ready for our Euro 2012 campaign."
While Hungary have failed to qualify for the World Cup, Germany start their campaign on June 13 against Australia and fly to the Republic on June 7 after their final warm-up game against Bosnia-Herzegovina next Thursday.
But there could be problems waiting for them in South Africa as soon as they get off the plane.
Germany spokesman Harald Stenger said on Thursday there are no plans to switch their World Cup base in Pretoria even though their reserved hotel has alleged problems between the owners and the local authorities over licences.
South African media report the Velmore Grande hotel near Pretoria, where the German team will be based from June 7 onwards, does not have the permits demanded by South African authorities.