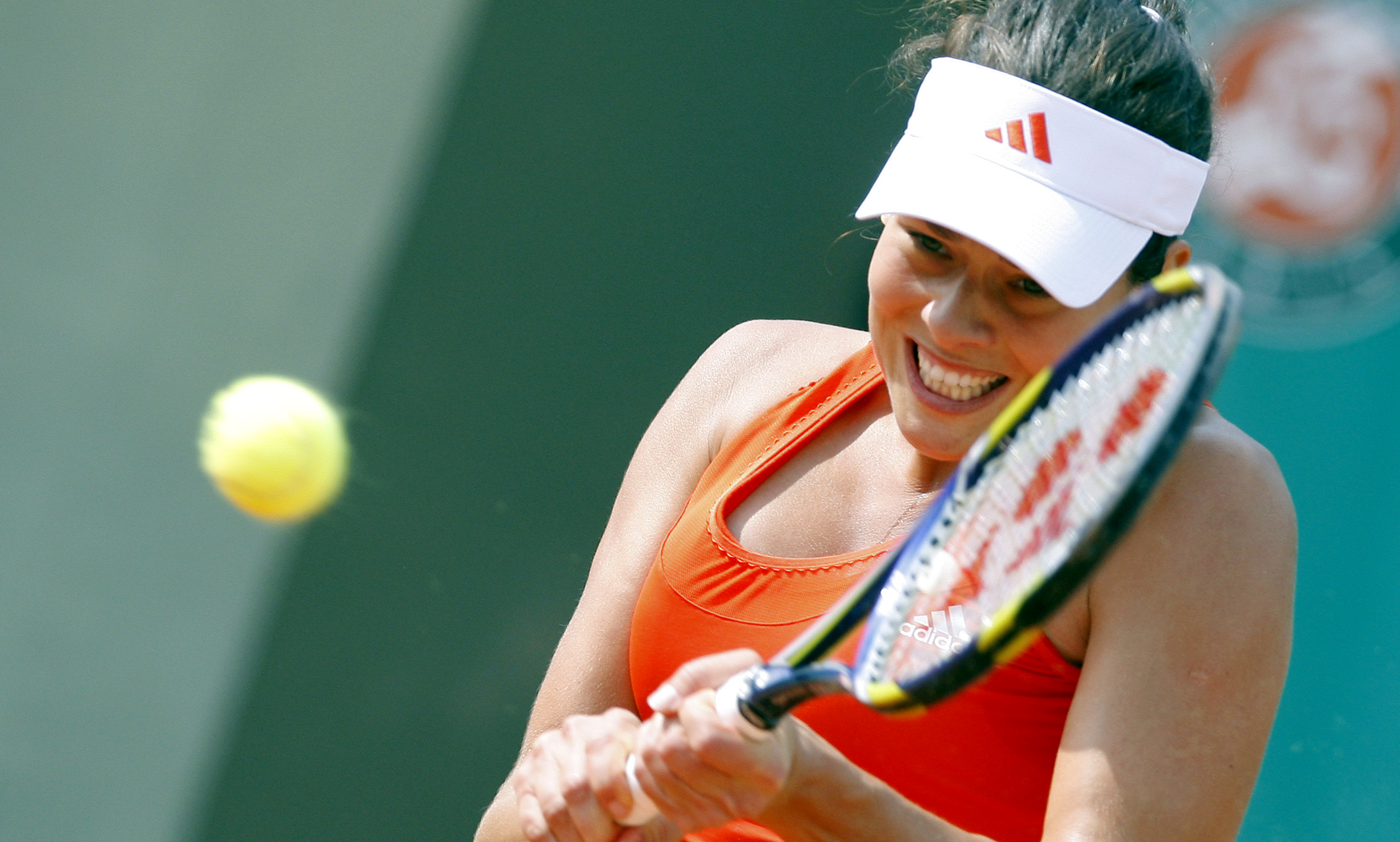 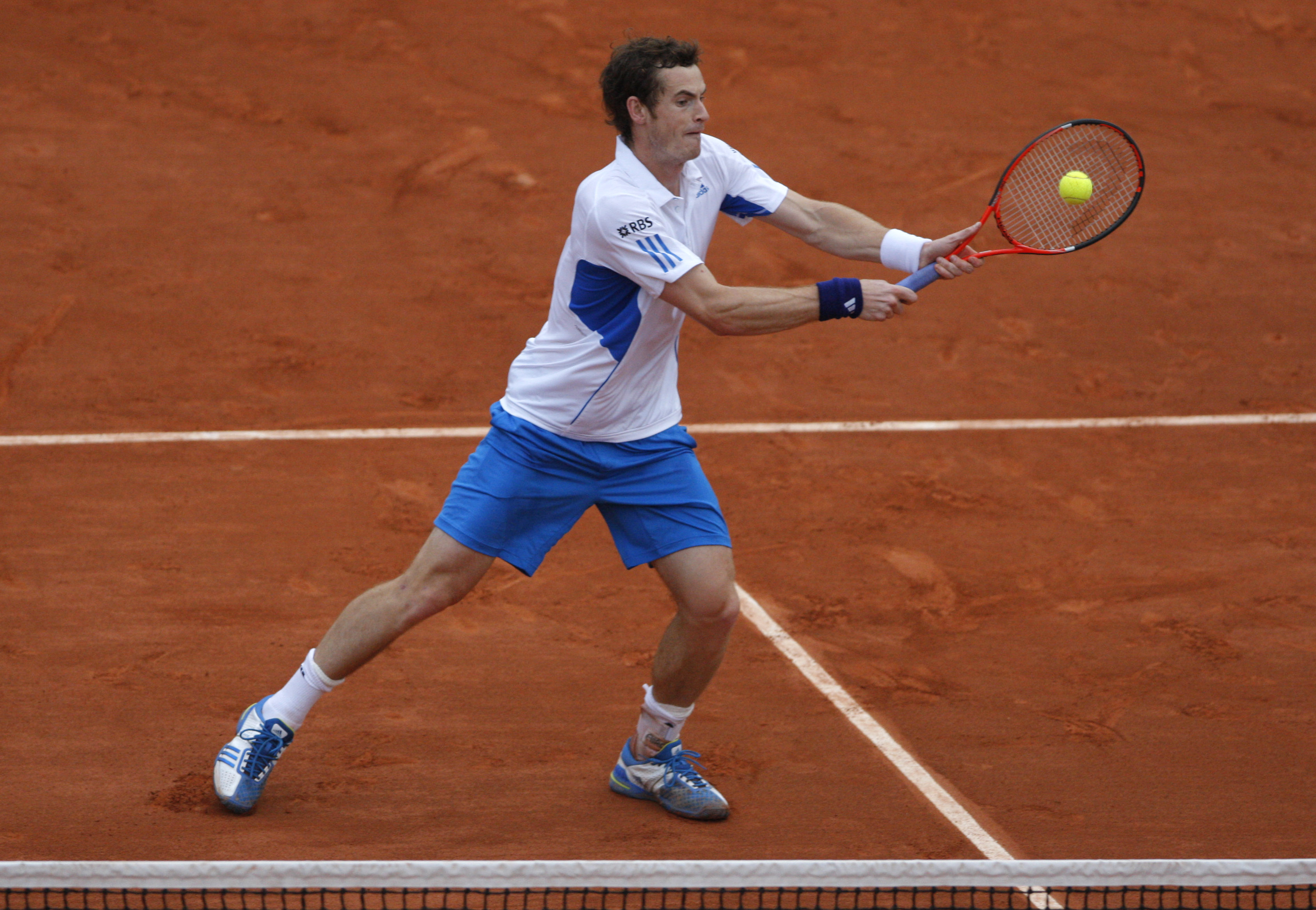 Former champion Ana Ivanovic and super-senior Kimiko Date Krumm saw their French Open hopes fizzle out at rain-ravaged Roland Garros on Thursday, where over six hours of play were washed away.
But Andy Roddick and Andy Murray, both outside bets for the men's title, safely made their way into the last 32, while four-time champion Rafael Nadal was forced to wait until Friday for his third-round tie to get underway.
Former women's winner Serena Williams also had to kick her heels, with their matches just two of the 41 that were scrubbed from the rain-soaked schedule.
Ivanovic, the 2008 champion and former world number one, bowed out meekly 6-3, 6-0 to big-hitting Russian 28th seed Alisa Kleybanova, who has made the last 32 for the first time.
The defeat for Ivanovic, now ranked 42 in the world, was the earliest in her six visits to the tournament.
"I didn't play that badly," insisted the 22-year-old Serbian, who has failed to reach the fourth round of any Grand Slam since her 2008 win here.
"She didn't miss many balls and made so many winners. I didn't do too much wrong and was unlucky on some calls. Everything was going out."
Kleybanova will now face Kazakhstan's Yaroslava Shvedova, who put out eighth seeded Pole Agnieszka Radwanska, for a fourth-round spot.
Japan's Date Krumm, who turns 40 in September and made her Paris debut in 1989, was unable to repeat her stunning first-round dismissal of former world number one Dinara Safina as she lost to Australia's Jarmila Groth.
With Date Krumm carrying a calf injury, the Slovakian-born Groth cruised to a 6-0, 6-3 win and next faces compatriot Anastasia Rodionova, who put out Russian 21st seed Vera Zvonareva.
Date Krumm admitted she played against medical advice.
"I went to the clinic and the doctor said: 'Don't play. It's too risky,'" she said.
"But it's a Grand Slam and it's very, very special for me. My character means that I don't like to retire or not play."
Serbian fourth seed Jelena Jankovic, twice a semi-finalist, also moved into the last 32 with a 6-2, 3-6, 6-4 win over Estonian qualifier Kaia Kanepi.
Play on the fifth day got underway four and a half hours late because of rain after more than two hours had been lost on Wednesday.
Two further interruptions followed, adding two more hours to the total lost.
Fourth seed Murray resumed his match with Argentina's Juan Ignacio Chela and won 6-2, 6-7 (5/7), 6-3, 6-2 to set up a last 32 clash with Cypriot 25th seed Marcos Baghdatis.
"It was a tough match," said Murray. "I've been pretty lucky in terms of rain breaks and not finishing matches in my career, so it was a good experience for me and one that I could perhaps have dealt with better."
American sixth seed Roddick reached the third round with a 6-3, 5-7, 6-4, 6-2 win over Slovenia's Blaz Kavcic and next faces Russia's Teimuraz Gabashvili.
Roddick said the wet, damp conditions made it easier for him to play.
"The clay here is a little bit different. It's not gritty like salt; it's more like a baking powder," said the American.
"When it get hot it's a little bit more slippery. So movement wise it's fine, but then it takes away serves."
The titanic clash between French 13th seed Gael Monfils and Italy's Fabio Fognini, who were locked in a bad-tempered tie that was called off in complete darkness just before 2200 (1900GMT) on Wednesday, was played to a finish.
Fognini, who had squandered three match points before the match was halted at 5-5 in the final set and picked up a one-point deduction for arguing the decision to play on, triumphed 2-6, 4-6, 7-5, 6-4, 9-7.