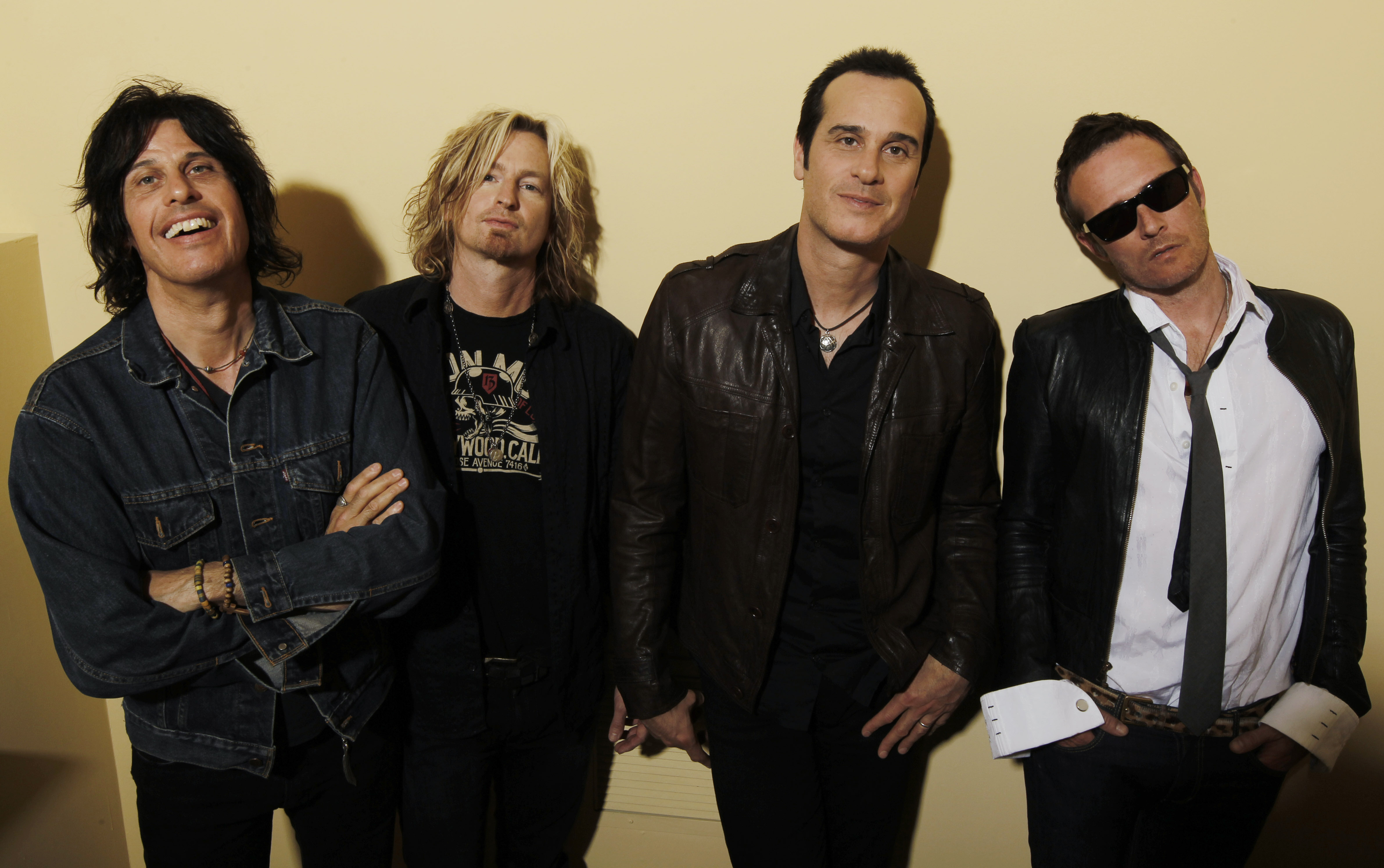 As he reflects on Stone Temple Pilots' history, frontman Scott Weiland quietly breaks into song: "The long and winding road." His band mates - guitarist Dean DeLeo, bassist Robert DeLeo and drummer Eric Kretz - spontaneously sing backup.
It's an apt description for the journey the quartet has been on from its grunge-rock beginnings to its self-produced, self-titled album, released this week. The band has weathered drugs, breakups, arrests, a changing music business and some 20 years together. They're all grown up now, with families and studios of their own, and they drew on that maturity - and their shared musical history - for the new record and world tour set to follow.
"Every record's different and that's kind of the way we like it," Weiland says. "If you look at it, the greatest recording band and writing band of all time, the Beatles, that was their philosophy, so why not try to aim at that kind of goal?"
Some of the songs on "Stone Temple Pilots" were a decade in the making. Some, like the new single, "Between the Lines," came together during sound checks on STP's recent reunion tour. Others "were just written right after dinner," Kretz says.
The sound is pure "sweet but meaty" STP, says Robert DeLeo. Perhaps the biggest difference from their five previous albums is that the foursome recorded and produced this one themselves. Using their own studios, they had unprecedented flexibility, time and control.
"For my studio, I built it around all the experiences we had as bands and the studios we've been recording in, so ittite for STP, says Michael Endelman, senior editor at Rolling Stone.
"That '90s alternative guitar rock sound is still a big part of what modern rock is today," he says.
"The reunion kind of gives it a little more expectation and excitement," he continues. "Scott is a big rock star and people are just curiland says. "It's really hard when your kids call you at night and they're crying, saying, 'Daddy, can you come home tomorrow?' It's a very difficult thing. It's not the same as it was when we were in our 20s or 30s."