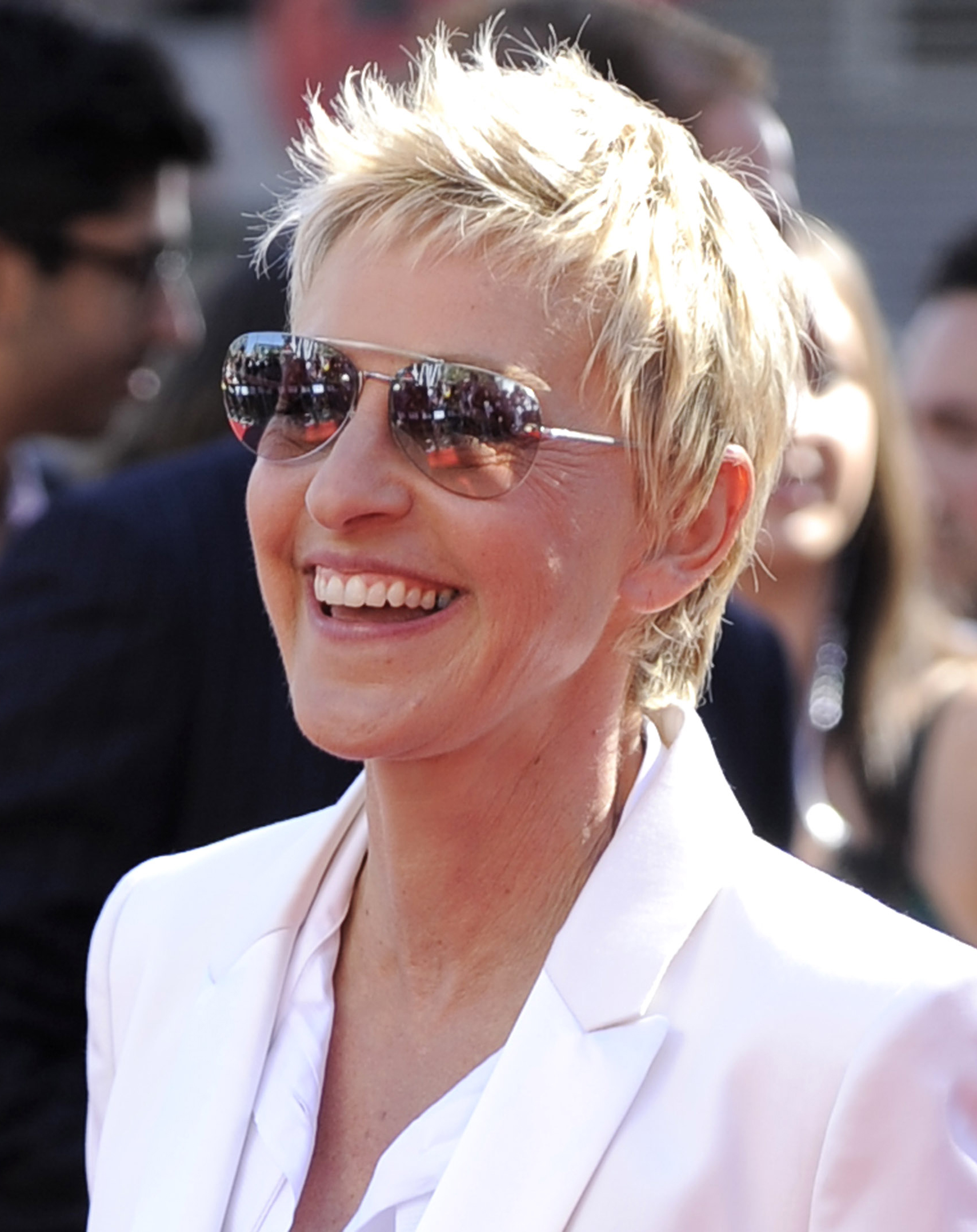 When Ellen DeGeneres was selected to replace Paula Abdul on "American Idol," there were a few grumblings from people who questioned her musical expertise.
While it was clear from her boogying ways on "The Ellen DeGeneres Show" that she's a music fan, DeGeneres had no official role in the industry and had never played a role in creating music.
Now, that's all changed. With her new record company, eleveneleven, DeGeneres is poised to become more than just a tastemaker; she's hoping to be a star-maker. And some of music's top executives and entertainers believe the talk-show host and "Idol" judge is the right person to help a sagging industry. "She has talent, she has feel, and she has the platform. She's the modern record company. Ellen is what a record company will look like in the future," said Jimmy Iovine, chairman of Interscope, Geffen and A&M Records.
In an announcement earlier this week, DeGeneres said the first artist to be signed to the label is 12-year-old Greyson Chance, who recently became a sensation on YouTube with his piano version of Lady Gaga's "Paparazzi."
There's no date for the album's release, and a source familiar with the new label said DeGeneres is in talks to distribute eleveneleven through a major record company. Eleveneleven is a partnership between DeGeneres and Telepictures Productions, the producer of her hit show.
Even before creating the label, DeGeneres was seen as a powerful force to boost music in the industry. While many talk shows have music guests, DeGeneres' show stands out because she's a fan. "Her openness to music and her love of music has been a great aid in us really sort of breaking our artists and exposing our artists," said Antonio "L.A." Reid, chairman of Island Def Jam.
The record label considered her so critical to the project's success that Kanye West's first video from his 2008 album, "808s & Heartbreak," premiered on her show; he also performed.
"It's been great for us, and we consider her show an asset to our industry," he said.
With eleveneleven, DeGeneres' goal will be to break new talent. She has shown interest in highlighting new acts. Filipino singer Charice, another YouTube sensation, got a contract with Warner Bros. Records and became a protege of renowned music producer David Foster after appearing as a guest on DeGeneres' show.
"She can break artists on the show. She has something that I wish I had," Reid said. "The fact that she's always expressed such passion for music naturally attracts music lovers to her show."
Before Greyson's May 13 appearance on DeGeneres' show, his video had 10,000 hits; it now has over 30 million.
James Diener, head of A&M/Octone Records, said DeGeneres' new label "represents a great opportunity to expose new artists" and called it a logical next step. "It really creates sort of a new opening and a new way to introduce new artists at a time ... where it's very challenging to get that first beachhead of attention," he said.
Grammy-winner Maxwell also suggested another benefit: DeGeneres could be a more equitable record company owner. "(She) clearly doesn't need the money _ she's out here looking to do the art, and I love when people wake up to just do the artist, to represent and protect the artists out there, and I think it could be a really good thing," he said.
By putting her official endorsement behind an artist, DeGeneres could have the same effect that Oprah Winfrey has with her book club and her "favorite things," when something becomes a best-seller after she endorses it.
"There are tastemakers and people who lead cultural thought, who lead specific audiences, but there's not as many that reach such a wide array, and are listened to and are watched and enjoyed by so many different subsets of audiences. I believe that Ellen is one of those personalities," Diener said. "As more artists are developed and introduced by her to (the) marketplace ... she's going to develop even more credibility as a developer of new talent."
But whether the promoter is DeGeneres or Winfrey, the most important thing, Reid said, will always be the talent. "I think her embrace of an artist and the attention that she can put on an artist only works if an artist is an amazing artist," he said. "As with Oprah, when Oprah decides to give attention to a particular thing ... it has to be an interesting topic, it has to be an interesting book. So it's a great platform, but the product will have to be there, the artist will have to be there, the music will have to be great."