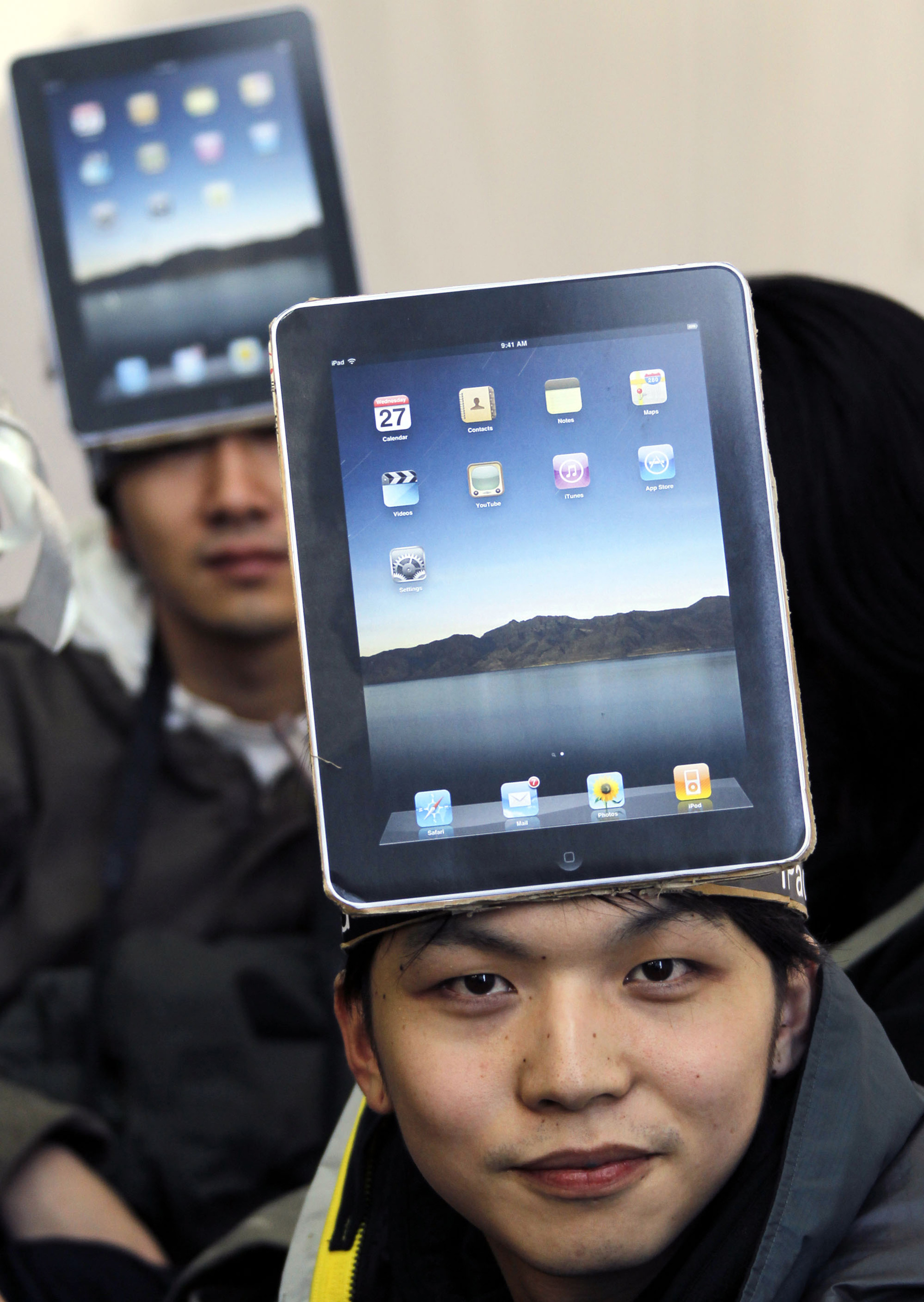 Thousands of fired up and sleep-deprived gadget fans mobbed shops in Australia and Japan yesterday as Apple's iPad, touted as a revolution in computer use and publishing, began its international launch.
A queue some 200 meters (yards) long stretched round the block at Apple's flagship central Sydney store, flummoxing commuters bemused by the hype, while similar scenes played out in downtown Tokyo.
The iPad - a flat, 10-inch (25-centimeter) black tablet targeted at the leisure market - was also going on sale in Britain, Canada, France, Germany, Italy, Spain and Switzerland on Friday as part of a staggered global roll-out.
In central London about 40 enthusiasts clad in sleeping bags and blankets were queuing in the middle of the night outside the city's cavernous Apple store.
In Sydney, security guards had to quell pushing and shoving amongst the media as Rahul Koduri, who queued for some 30 hours from 2:00 a.m. Thursday, became the first to buy the touch-screen computer.
"It's fantastic, it was so worth the wait," said the 22-year-old, brandishing two iPad boxes after his long wait in the chill of the late Australian autumn.
The international launch date was pushed back by a month after huge demand in the United States, where one million iPads were sold in the first 28 days after the product's debut in early April.
Prices in Japan and Australia for the basic 16GB iPad are comparable to U.S. prices, once sales tax is included, although a significant markup by Apple in Britain and continental Europe has triggered some grumbling.
In Australia a 64GB version that runs on advanced 3G phone networks is priced at 1,049 dollars (US$889), which in sterling terms is around 13 percent cheaper than in Britain.
In Japan, whose corporate giants once ruled the technology roost, more than 1,000 buyers lined up in front of Apple stores and outlets of its exclusive local partner, mobile phone carrier Softbank, along with big electrical shops.
Media crews flocked to the stores as broadcasters flew helicopters to gain aerial views of a 1,200-strong queue at the Apple store in Tokyo's Ginza shopping district.
Kazuki Miura, a 38-year-old freelance technology writer wearing a home-made iPad headpiece, was the first to get his hands on the brand-new gadget at Softbank's main Tokyo store.
"Now the time has come for us to hold an iPhone in the right (hand) and iPad in the left - just like the samurai with two swords!" Softbank president Masayoshi Son said at an in-store presentation.
The multi-functional device is tipped by some pundits to revitalise media and publishing, with many major newspapers and broadcasters launching applications.
But in Japan, content providers including powerful newspaper groups - less affected by the market downturn that is roiling media groups in the West - are taking a wait-and-see approach about rolling out iPad "apps."
On London's upmarket Regent Street, Jake Lee, a 17-year-old student from Essex, was at the front of the queue with two friends after a 15-hour wait that had stretched since midday Thursday.
The group had received "a few weird looks" and an offer of 200 pounds (US$290 ) to give up their places at the front of the queue, but they refused. "It's for us, we don't want to give it to anyone else," said Lee.
California-based Apple plans to bring the iPad to Austria, Belgium, Hong Kong, Ireland, Luxembourg, Mexico, the Netherlands, New Zealand and Singapore in July.