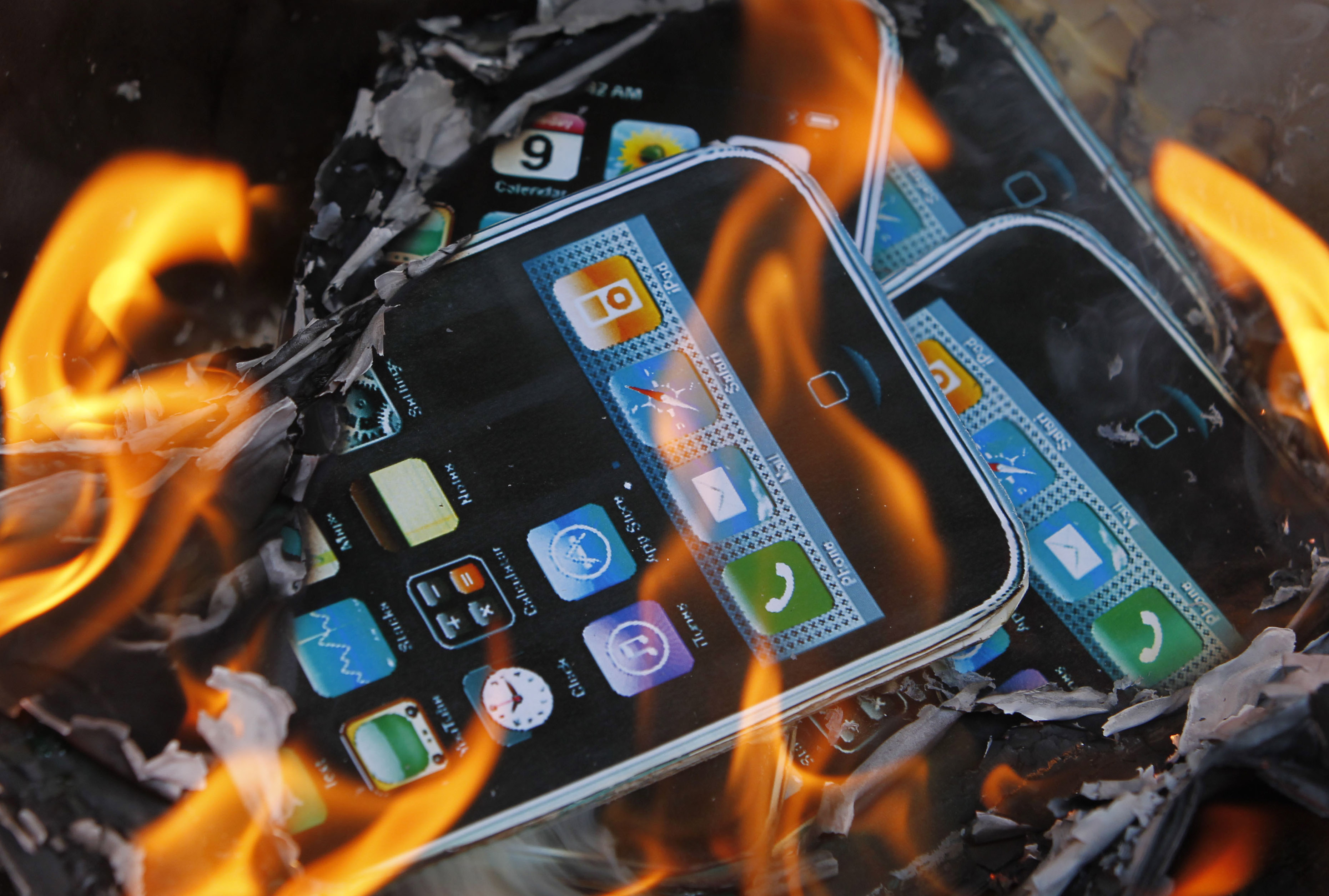 Youthful workers donning red and white shirts spill out of the drab factory buildings that dot technology company Foxconn's sprawling campus in the southern Chinese industrial city of Shenzhen.
The employees - mostly aged between 18 and 24 - head for a quick lunch at company-run canteens or smoke cigarettes along quiet tree-lined streets that criss-cross the gated site housing a staggering 300,000 workers.
Many are from poor inland provinces and harbour dreams of making big money in places like Shenzhen, the cradle of China's astonishing economic revolution over the border from Hong Kong.
They work up to 12 hours a day, six days a week, assembling products that most cannot afford to buy themselves: Apple iPhones, Dell computers and Nokia mobiles.
A recent spate of suicides at Taiwan-based Foxconn - 11 workers have leapt to their deaths from company buildings since the start of the year - has thrown a spotlight on China's factory conditions and the 200 million migrant workers who are helping to drive its economic rise.
"Workers who come from villages have a social support system but once they leave the village, they lose that social support," said Gilbert Wong, a business professor at Hong Kong University.
"If you are a city person, in a sense you get used to that but most of these migrant workers are not city people."
Many Foxconn employees are thousands of kilometers (miles) from their families, living in dormitories of seven or more. Activists say this kind of upheaval has sparked a social isolation that, with long working hours, harsh treatment and low pay, is to blame for the deaths.
The number of suicides at Foxconn - the latest on Wednesday night just hours after company founder Terry Gou led journalists on a tour of the Shenzhen site - is well below the official national average of roughly seven per 100,000 people.
The company is a city within a city - complete with spotless factories, bakeries, banks, acupuncture clinics and fast-food shops - and offers living conditions far better than at most Chinese industrial plants.
But military-style management and mind-numbing work are fuelling employee angst even if Foxconn doesn't fit the usual definition of a sweatshop, said Li Qiang, executive director of New York-based China Labor Watch.
"All factories that overlook the basic needs of their workers to put profits first are sweatshops, and Foxconn clearly fits that model," Li told reporter.
Foxconn's billionaire founder has pledged to address the problem while defending the company and blaming the suicides largely on workers' "personal problems."
The firm has installed a suicide hotline, hired Buddhist monks and counsellors to help at-risk employees, pledged to retrain its supervisors and plans to install safety nets outside buildings to thwart future suicide bids.
The basic monthly salary of 900 yuan (US$130) is not enough to cover expenses for workers living outside the company's gates, Li said, although Foxconn reportedly is looking at raising pay rates.
"Foxconn workers have no choice but to work massive amounts of overtime to support themselves and their families," Li said, adding that many workers complain of being "extremely exhausted" and "under great pressure."
"For a long time, we have ignored the fundamental issue of China's economic development model, and its role in providing an environment ripe for the establishment of thousands of sweatshops."
In an open letter to Foxconn, a group of Chinese academics highlighted the "struggling life" of many migrant workers.
Some Foxconn workers said they rarely enjoyed numerous campus amenities, including Olympic-sized outdoor swimming pools.
"How can I have time for swimming?" a 21-year-old assembly like worker from the neighbouring Guangxi region told the South China Morning Post, adding that she has 30 minutes to eat including time spent walking to the cafeteria.
A Hong Kong-based labour group has threatened to launch a boycott of Apple's latest iPhone next month.
The California-based company, along with Dell, Hewlett-Packard, Sony and Nokia, have expressed concern over the suicides and vowed to take action if necessary.