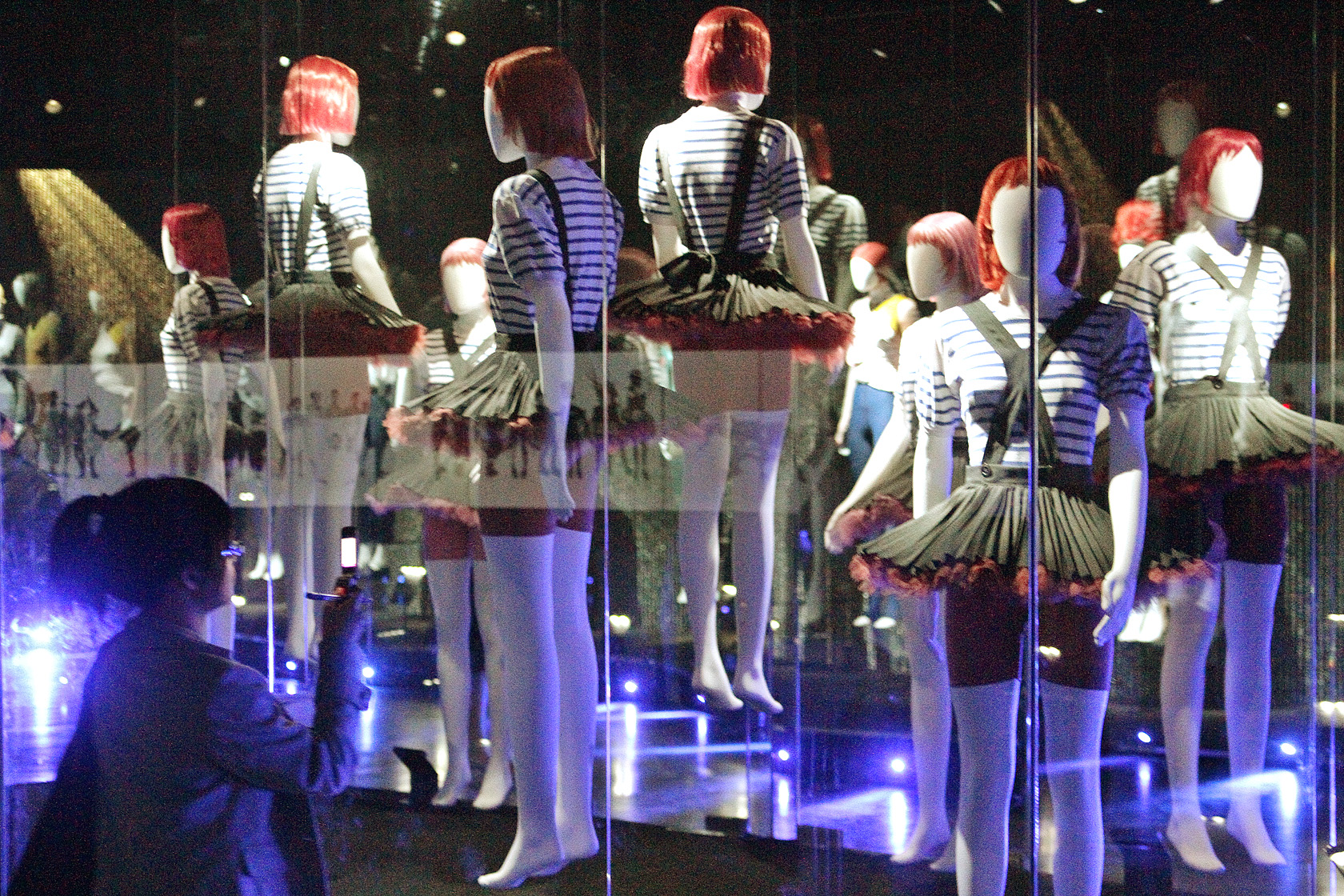 One hundred forty-five dancers' costumes with accessories designed by Jean-Paul Gaultier for choreographer Regine Chopinot's 12 dance works are on display in the Taipei Fine Arts Museum from today. Titled "Le D?fil?" the exhibition showcases corsets, tutus, and tights that present the face of dance in the nineteen eighties in France.
Exhibits of Le D?fil?are Chopinot's donation to Mus?e des Arts D?coratifs in Paris. In museum director B?atrice Salmon's words, "they show the bold, and free spirit in fashion of that era."
"Dance in the 20th century didn't really emphasize dancer's costumes, but Chopinot found Gaultier, and created milestones together," said Salmon yesterday in Taipei.
"The costumes show the limits and challenges for the dancers, and the innovation that emerged," she added.
Convention overturned
Most dancers' costumes are made of light material with simplistic design, to make it easier for dancers to stretch. Some choreographers even preferred dancers naked. But that was not the idea in Chopinot and Gaultier's minds.
In Chopinot's Ana (1990), dancers' tutus are made of both soft and hard materials. And they wore jumpers to go with the tutus. A lot of times, a tutu is not a tutu anymore because it has become an extravagant scarf on the dancers.
A corset is considered a restriction on women's bodies. In "Manque d'air," Chopinot wore a corset that extended to her knees, and boots made of laces, to fully address the idea of constraint.
"Gaultier often played games with his designs, even with their names," said Jos?phine Pellas from Mus?e des Arts D?coratifs when she gave a guided tour yesterday.
"For example, K.O.K is a dance about boxing. K.O. means combat and OK at the same time. They were puns intended."
The exhibition that runs through August 15 can be accessed online at http://www.tfam.museum/03_Exhibitions/Default.aspx?imgTime=&PKID=347