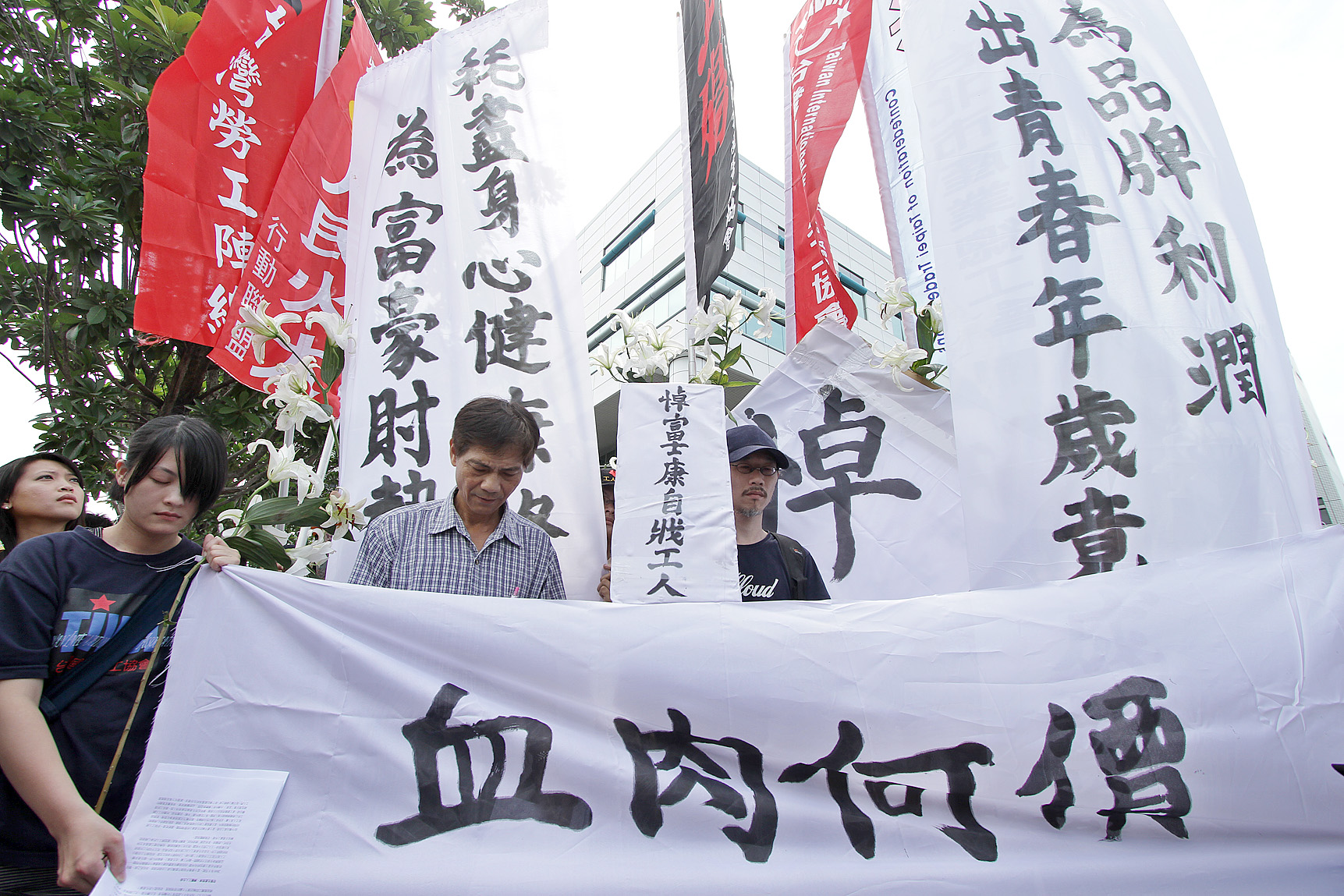 Activists in Taiwan yesterday staged a protest against Hon Hai, urging the technology giant to improve the treatment of its workers after a series of suicides at its Foxconn plant in China.
Dozens of demonstrators rallied outside the parent firm's headquarters in Taipei, unfurling white banners and laying flowers to mourn workers who fell to their deaths at the factories run by Hon Hai unit Foxconn in southern Shenzhen.
"We urge Hon Hai to respect life and to stop its inhuman and militarized treatment of workers aimed at maximising profits," said organizer Lin Tzu-wen.
"The workers have to stand all day and they are not allowed to talk. They are treated almost like machines in a sweatshop environment," he said.
Foxconn makes a range of popular products including Apple iPhones, Dell computers and Nokia mobiles phones.
The protest came after another Foxconn worker fell to his death Wednesday at the Shenzhen plant - the 11th such death this year - just hours after Foxconn chairman Terry Gou, chairman said he would do what he could to save lives.
Foxconn is planning to give its staff a 20 percent pay rise as it battles to stem the spate of suicides, according to Taiwanese media. The company was not available for comment on the report yesterday,
The apparent suicides have raised questions about the conditions for millions of factory workers in China, especially at Foxconn, where labour activists say long hours, low pay and high pressure are the norm.