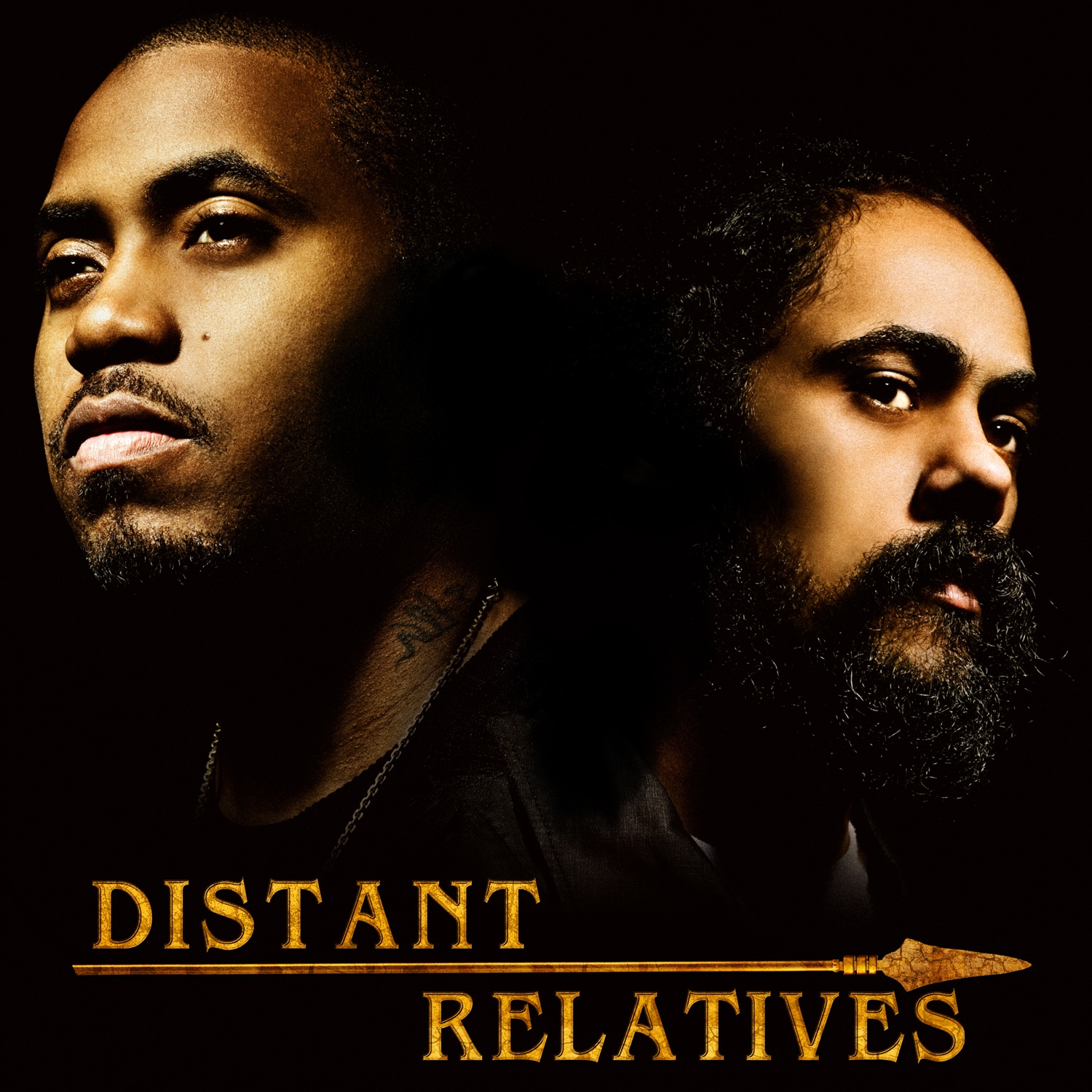 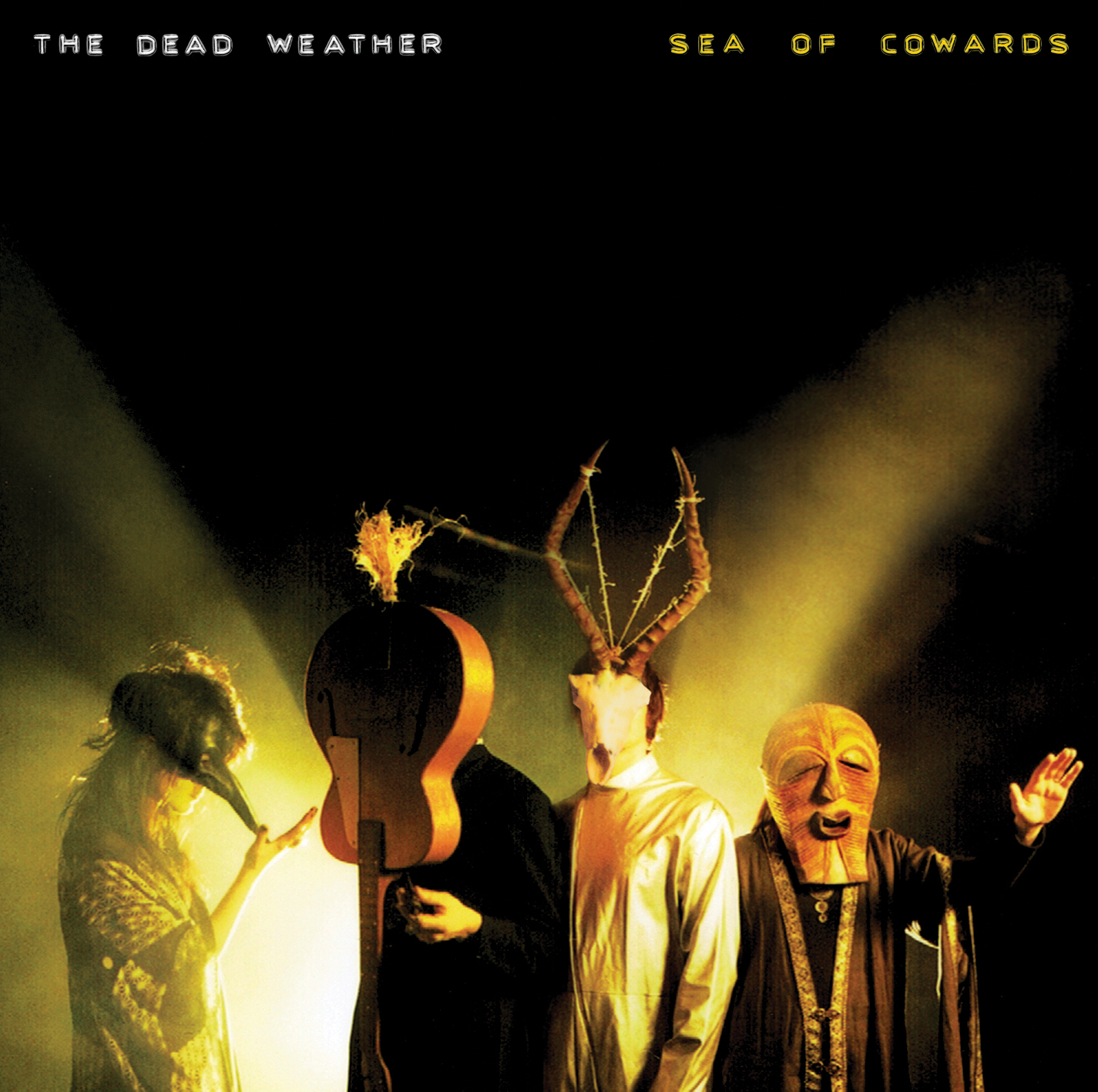 NAS AND DAMIAN 'JR. GONG' MARLEY 'Distant Relatives'
3 stars Universal Republic
Nas and Damian Marley are both veteran recording artists and sons of famous fathers. Nas' father is instrumentalist Olu Dara, and Marley's is reggae icon Bob Marley. Each has long outrun the legacy of his family. Yet with this collaboration, poetic hip-hop MC Nas and dance-hall mouthpiece/producer Marley go beyond genre and heritage to fashion a world music that borrows as much from Queensbridge as from Kingston.
The spaciousness of dub, along with the catchy hooks and subtle rhythms of dance hall, figures prominently on "Distant Relatives." Marley's supple touch (he produced most of this) gives Nas' incendiary rants a lightness of being - sexuality, even - that much of Nas' work usually lacks. The lyrical flow of "Friends" oozes through Marley's cinematic soundscape and lingers through its lolling pulses playfully. The murky jazz of "As We Enter" samples Ethiopian composer Mulatu Astatke for cool ruminations on guns and ganja.
For all "Distant Relatives'" sweeping sonic mastery and simmering lyricism, there is a sociopolitical consciousness to the proceedings that's happily never preachy. While Nas angrily takes on the pop-cultural myths of Malcolm X and other standouts on the riveting "Leaders," the rapturous "Strong Will Continue" is regal and spirited.
BAND OF HORSES 'Infinite Arms'
3 1/2 stars Columbia
Each of the first two Band of Horses albums, though solid, contained a stellar track that overshadowed the rest. "Infinite Arms" lacks a song like "The Funeral" or "Is There a Ghost," yet it's the Horses' most satisfying and tuneful album, start to finish. It features a new five-member lineup - Ben Bridwell is the sole constant from the band's first album - and lusher production, with Beach Boys harmonies, Band-like organ, and thickly layered guitars supplementing the Americana twang and supplanting the indie rock, each of which has been part of the band's metier. There's less My Morning Jacket and more, much more, Jayhawks to this one.
Although the band shows it can rock out on the churning "NW Apt." and the Neil Young-indebted "Laredo," the dominant mood is sunny, pastoral, and uplifting, as in the breezy "Dilly" and the floating, airy title track. Bridwell's songs are still open-ended and cryptic, but it's easy to get wrapped up in "Infinite Arms."
THE DEAD WEATHER 'Sea of Cowards'
2 1/2 stars Third Man
Even when Jack White takes a backseat - as he's done as a producer, as a member of the Raconteurs, and occasionally in the White Stripes - he still seems like the one driving. As the drummer and a vocalist in the Dead Weather (a supergroup that also includes the Kills' Alison Mosshart, Queens of the Stone Age's Dean Fertita and the Raconteurs' Jack Lawrence), White hands things over (sort of) to Mosshart, whose pacing and delivery made the band's 2009 debut a fine slab of creepy murder rock. "Sea of Cowards" works best with Mosshart at the helm; she's a better singer and knows how to counteract the Sabbath-style riffs and organ blasts (of which there are many). White is all charge, and songs like "Gasoline" and "Looking at the Invisible Man" get unbearably messy. We get lots of scenery and no direction. It's enough to make one wish that White would make a full-flamed stoner-metal album, instead of hinting at the possibility.
COCOROSIE 'Grey Oceans'
3 stars Sub Pop
This fourth album from the American-born Casady sisters is no less artfully weird than previous efforts, just more maturely contemplative. Shifting to Sub Pop after Touch and Go lamentably suspended releasing new music last year, the French-based duo's division of labor remains the same. Bianca (aka Coco) - she of the unconventional, Joanna Newsom/Bjork-ish speak-singing - works percussion and odd instruments; her older sister, Sierra (aka Rosie), supplies guitar, piano, and more along with a soaring, operatically trained soprano voice. (The nicknames and thus the band name are from their mother, artist Christina Chalmers.) The contrasting vocal blends give CocoRosie their core identity.