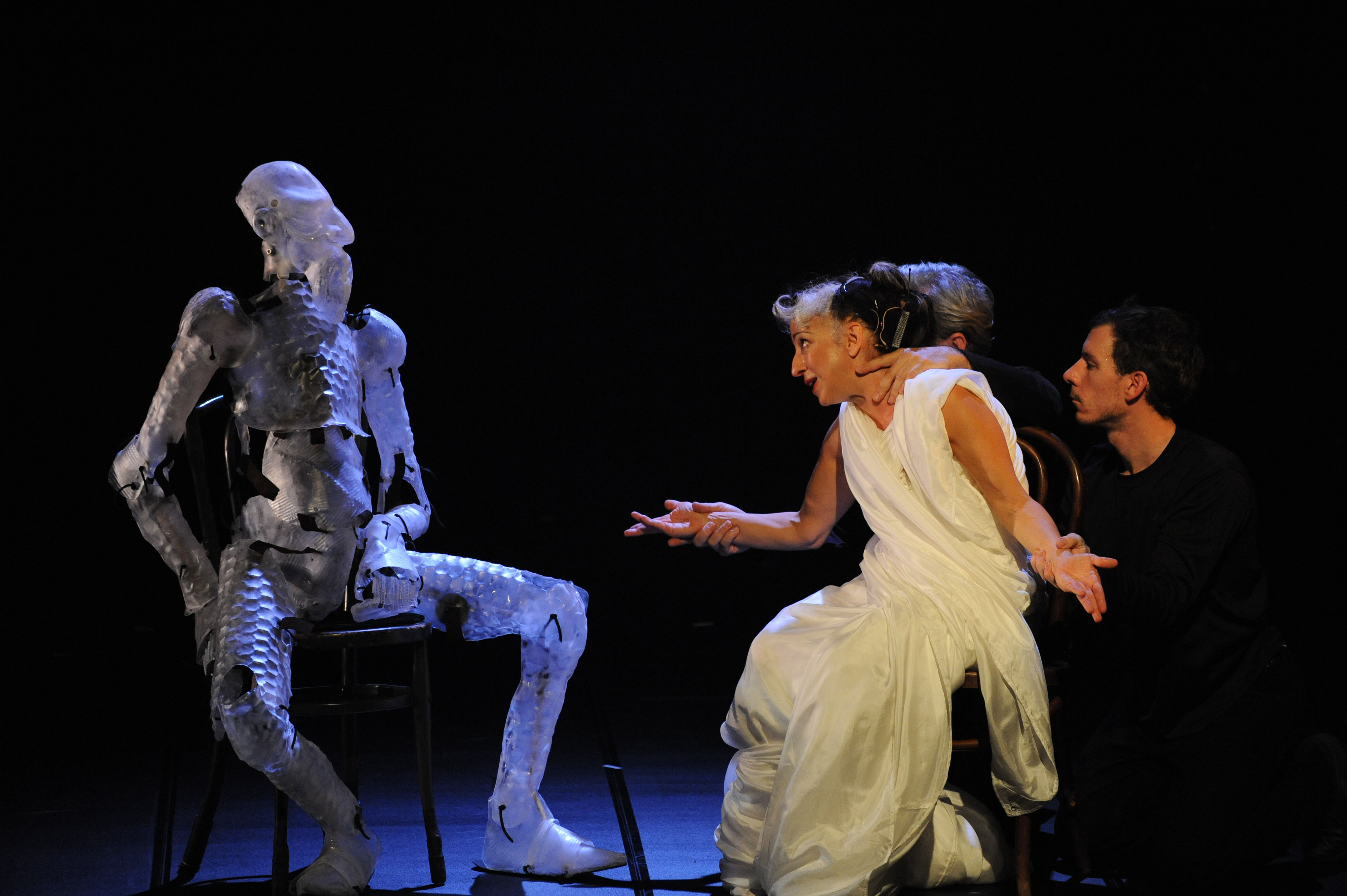 "Dulcinea's Lament"
Dulcinea Langfelder & Co. is noted for its philosophical cross-disciplinary productions, fusing theatre, dance, song, puppetry and interactive video. Dulcinea's Lament was named among the best productions in 2008 by La Presse. Dulcinea Langfelder has made her reputation of versatility and inspired performances. She sallies forth to take on Don Quixote's famous muse, Dulcinea del Toboso, giving voice to her namesake to express her vision of the world and its history.
Dulcinea Langfelder defies categories and genres, and delights in confusing those who need to label their interlocutor.
In Dulcinea's Lament, a new multi-disciplinary show is created with the collaboration of Alice Ronfard. They offer us a quest for self-knowledge that is as personal as it is open to the world.
The work is the fruit of lengthy research, inspired by her abundant travels and her personal journey. It's an absolutely unique and captivating work, in the image of this curious, funny and illuminated artist, who performs her scenic miracles as though they were simple charades.
But don't let her clownish side trick you about the depth of her talent and the demanding nature of her approach. Here Dulcinea the comedienne, the dancer, the multimedia artist, becomes Dulcinea del Toboso, Don Quixote's invisible muse, who was robbed of her identity by our collective unconscious.
Langfelder uses technology in a subtle and intelligent way, to create magic on stage-pro-jections on moving sheets, shadow play illustrating wind-mills, and claymation to tell the story of yin and yang.
The Lady is well accompanied by her team of modern tech-nicians, acting, dancing and singing with her on stage between changes of d?cor. These talented male performers trans-form themselves into horses or dance the Sardane without ever stumbling.