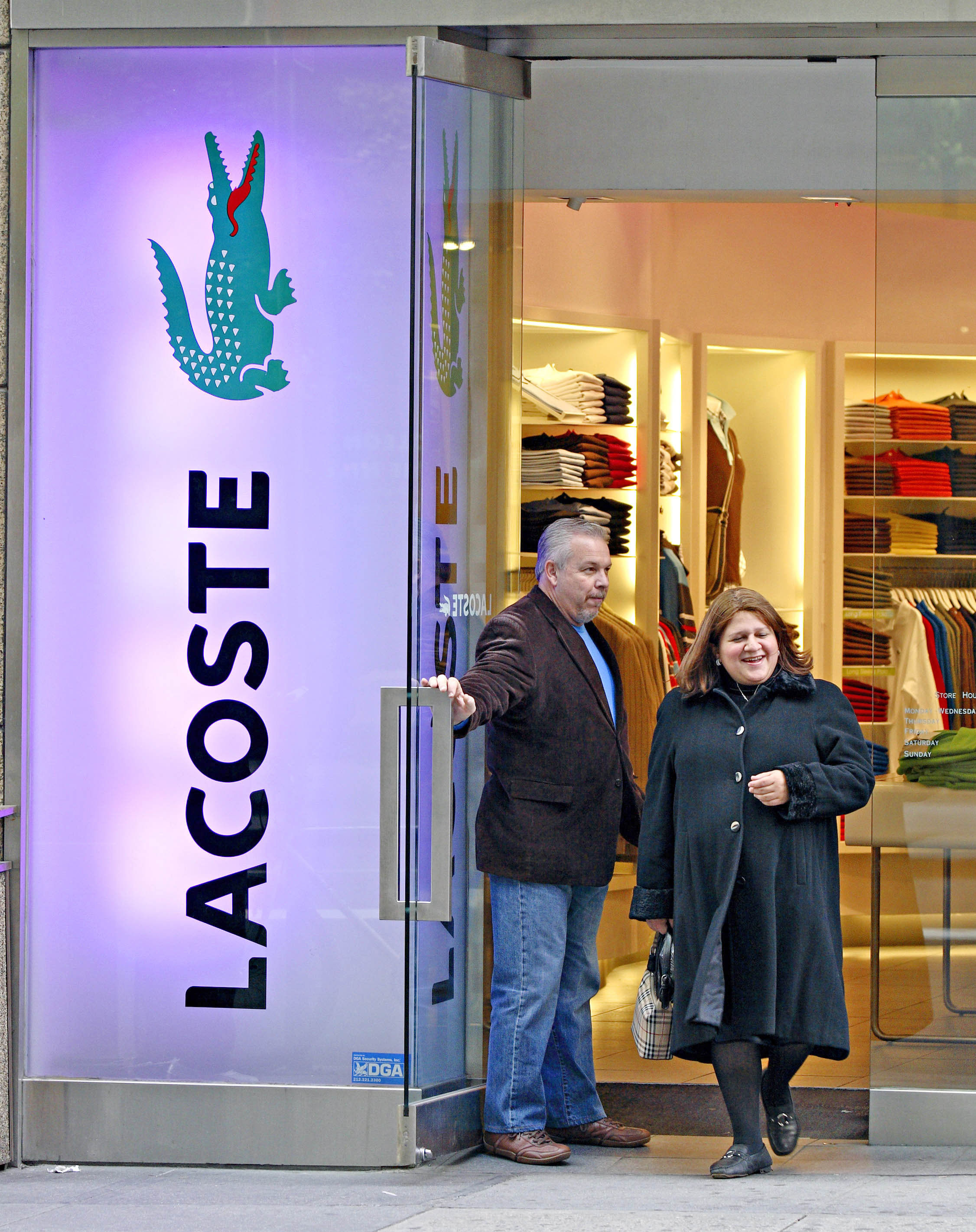 Michel Lacoste proudly brandished a small relic of ancient times: an endangered baby Orinoco crocodile whose survival could hinge on a new marketing operation.
The textile entrepreneur and heir of the French clothing giant known for its iconic crocodile logo traveled to Colombia to meet the rare reptile raised in captivity.
The eponymous crocodile, which traces its origins to the drainage basin of the Orinoco River that flows through Colombia and Venezuela, is a fearful creature measuring up to 7m (23 feet).
With its 68 teeth and gray-yellow skin, an aggressive character and high-pitched screams, the carnivore scares off villagers. But its survival is essential to preserve the region's fragile ecosystem.
Lacoste was the first international brand to support Save Your Logo, a campaign launched in October 2008 with the help of the Global Environment Facility, the World Bank and the International Union for Conservation of Nature, which aims for major firms to help conserve the species used in their logo.
The luxury sportswear brand has pledged 150,000 euros (US$189,000) over three years to help safeguard and protect the endangered crocodile, namely through a census of the population.
The company, founded by tennis champion Rene Lacoste, has also vowed to support other conservation projects.
"My father was nicknamed 'the crocodile' when he played tennis. And if we can give back a little bit of everything the crocodile has brought us, we should seize the opportunity to do so," Michel Lacoste told reporter.
He insisted the move was not a marketing ploy but rather an opportunity to demonstrate citizen responsibility.
"We are not going to put mounted crocodiles in each storefront," Lacoste said ironically.
One of the brands most clearly associated with an animal, Lacoste has embroidered crocodiles on its shirts and other garments for over 75 years.
The Orinoco crocodile has also become a symbol of Colombia, one of the top 10 countries in terms of biodiversity. It is a constant theme in the traditional songs of the llanos (plains) east of the Andes mountain range.
"He's at the top of the chain" of the ecosystem in the Orinoco River and its tributaries, said reptile expert Willington Martinez.
The biggest predator in the region, it regulates the population of many species, including amphibians and smaller caimans.
"When it's around, the rivers have a lot more fish," Martinez noted.
In the early 1960s, a large number of crocodiles were still left and they were prized by leather craftsmen for their soft skin.
"In Colombia, we used to sell a thousand skins a day," said Martinez, a scientist dealing with crocodile preservation at the Roberto Franco de Villavicencio tropical biology center.
But after years of intensive hunting - banned in 1968 - and deforestation, species in the wild are now a rare sight.
According to a 2000 study, only about a hundred of the prized crocodiles were observed.
Groups like Spain's Chelonia - a recipient of Lacoste's funding - are now trying to make a census of the crocodile population, placed on the red or "critically endangered" list of threatened species culled by the International Union for the Conservation of Nature and Natural Resources.
Since the early 1990s, 10 couples have given birth in captivity to some 500 crocodiles that the Roberto Franco center is seeking to reintroduce into the wild.
But once Chelonia completes its study, scientists face the tough task of convincing locals to accept the return of the big predators.
"People still see them as a threat. They say crocodiles chase their boats," Martinez said, pointing to the need to educate locals and explain that only females will be released to protect their territory.
Chelonia also hopes that reintroducing the species will attract ecotourists and help provide jobs for fishermen by enriching the region's marine wildlife.
Under the Save Your Logo scheme, companies can donate up to 1.5 million euros over three years to a fund held by the World Bank which will add up to 33 percent of the donations received.