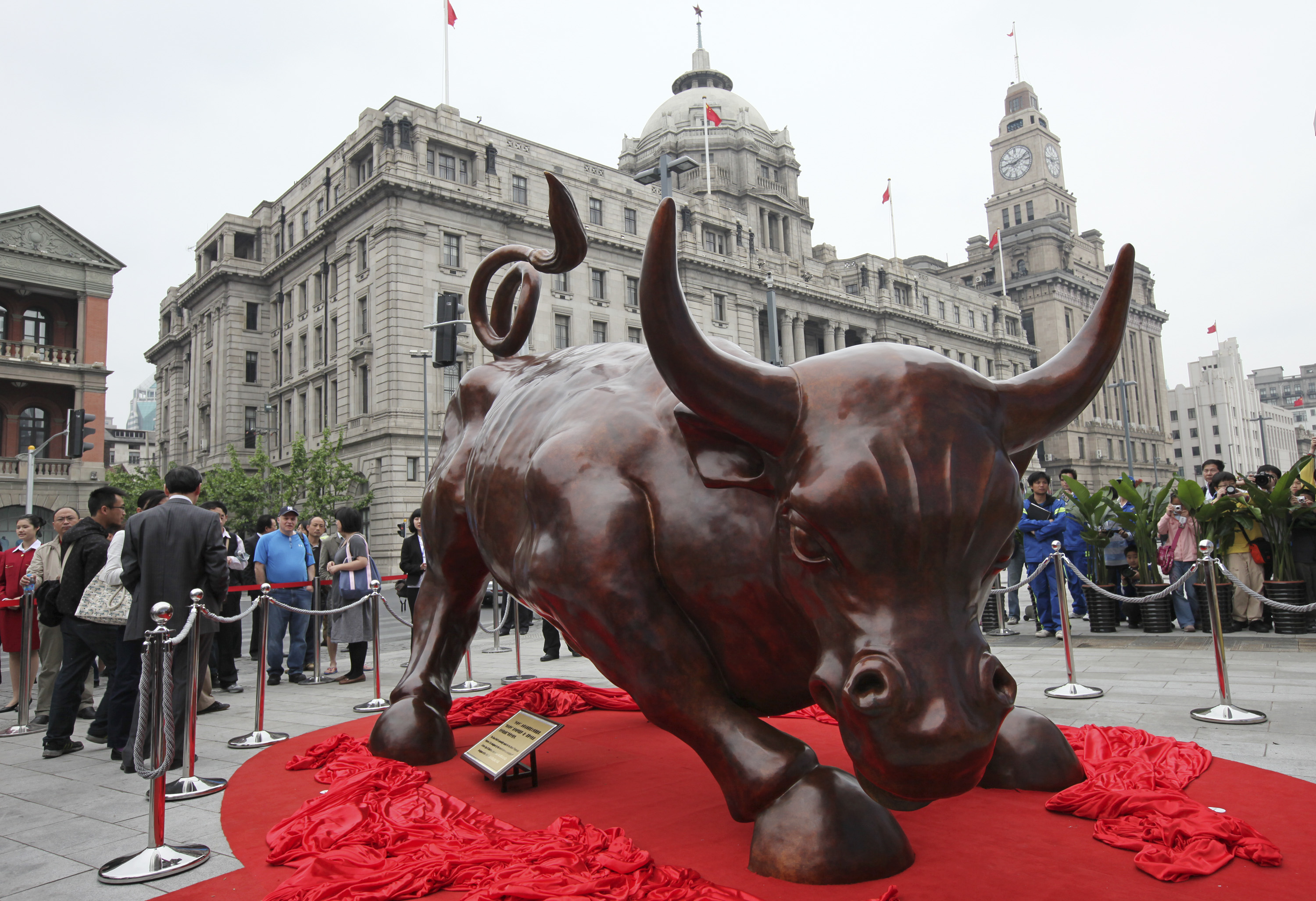 Shanghai has Wall Street-size ambitions for its financial markets, and this month, it got a charging bronze bull to match those aspirations. Symbolically, the timing was a tad off.
After two years of more or less standing firm while markets elsewhere floundered, China's share markets are feeling some pain of their own, as investors react to policies aimed at cooling surging housing prices - and to growing uncertainties over how big, bad and messy the fallout will be from the European financial crisis.
The benchmark Shanghai Composite Index has bounced past one-year lows, shedding about 20 percent since the beginning of the year despite the economy's nearly 12 percent expansion in the first quarter. Last year, the share index gained 60 percent, far outperforming many other markets as China weathered the global crisis with just a brief slowdown. But now, even with the economy back to double-digit growth rates, analysts say there is no sign of a rebound in sight.
Meanwhile, a stock exchange meant to nurture small and high-tech enterprises, modeled on the U.S.-based Nasdaq, is viewed as precariously overvalued, with companies trading at 64 times earnings per share on average.
"No one can tell where exactly China's economy will go, and too many uncertainties, like a cloud of suspicion, hang over the market," said Chen Haifeng, chief investment officer at Capital-Edge Investment & Management Co., a leading local stock and hedge-fund investment company.
The weakness in China shares forebodes deeper troubles, some economists say.
China's markets in Shanghai and the southern boomtown of Shenzhen are relatively isolated from those elsewhere. Apart from a few "qualified foreign institutional investors" the main local currency-denominated "A shares" are traded only by Chinese.
So while ups and downs elsewhere are sometimes mirrored by China's markets, and gyrations in Chinese shares can also exert a push or pull on world shares, in the longer term they seem to march to their own drum beat.
With Chinese interest rates lagging behind the inflation rate, investors desperate to find other ways to make their money work for them have limited options - generally property, shares and speculative investments in commodities. In the past year or two prices of garlic, pu-erh tea and red peppers have surged as investors played those markets.
Last year, as China's economy reaccelerated thanks to a 4 trillion yuan (US$586 billion) stimulus package and massive bank lending, the market took off. Money flooding into shares and property drove prices skyward, hindered only by an occasional tinkering with policy to slow the surge.
The exuberance of 2009 has given way to gloom in 2010. Banks have been ordered to raise reserves and tighten credit. Worries are building over the possible impact on exports of feeble demand in key export markets. The weakening euro, and hence stronger U.S. dollar-linked yuan is another potential blow.