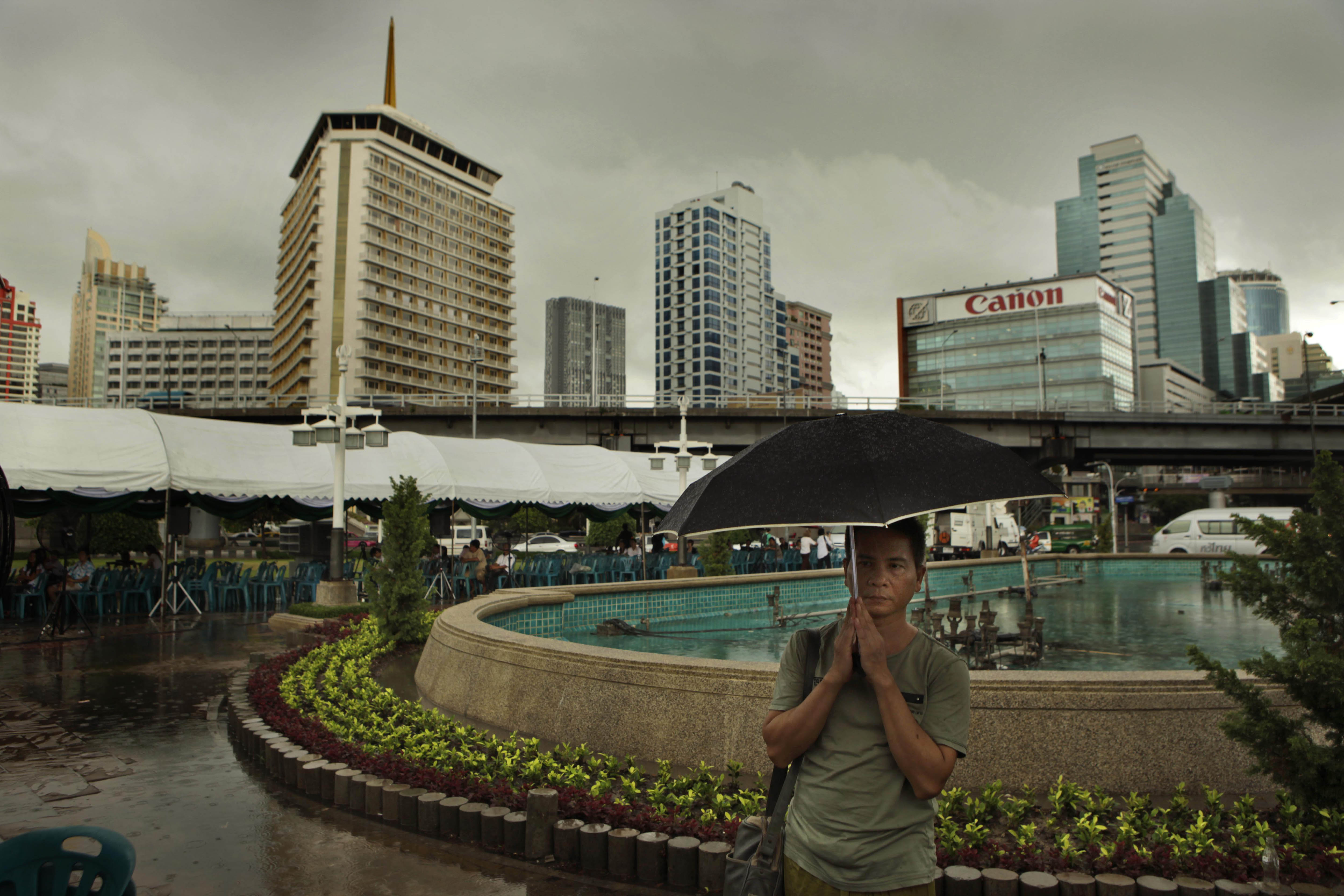 A week after an explosion of violence that shocked the nation, Thais are divided at home, work or among friends between sympathisers of the "Red Shirt" movement and supporters of the government.
Between paperwork and answering the phone, employees at a Bangkok beauty salon speak emotionally of recent events - the two months of protests, the army crackdown and the subsequent looting and arson, which in all left 88 dead.
"Thai people are divided into two groups: for the Reds or for the government. Same here and in every family. So we talk. We need to be careful because if we continue we become aggressive and there can be a fight," said Suda, 45, who, like others, preferred not to give her full name.
At the height of tensions between the protesters and the government led by Prime Minister Abhisit Vejjajiva, Suda and her colleagues were forced to evacuate their business near the "red zone" rally site.
Now Bangkok's commercial hub is back to business, the beauty salon's boss is well-aware of the political disagreements simmering among his employees.
"I can hear them argue. Fortunately they don't fight, they make a kind of joke," he said.
The political crisis in the kingdom has deepened divisions in society. The red-clad movement, largely made up of urban and rural poor, pit themselves against the Thai elites, whom they say do not share fruits of economic growth.
Opinions are often nuanced and the subject is sensitive.
"At work most people agree with the government. I don't support the Red Shirts but I cannot bear the government shooting at the people," said Apiradee, 31, a publicity company employee.
"At work I avoid saying that, because it would be hard to stay polite," he added.
Beside him, his colleague grits his teeth. "The government tried to solve the problem, to separate bad guys from the crowd. They did their best - it was hard and they had no choice," said 32-year-old Amornchan.
By mutual agreement they decided not to mention the subject at lunch.
For Patt, 36, working at a publishing company, the views within her own family are complicated.
She favours the government, while her retired, middle-class parents support the protesters, many of whom back fugitive former prime minister Thaksin Shinawatra, a deeply divisive figure who was ousted in a 2006 coup.
"They like Thaksin. They watched the Red Shirts TV too often," she said, suggesting an anti-government channel had brain-washed her parents. "I told them the Red Shirts' leaders were always lying, they had weapons, they had given money to protesters. They said: the government tries to make the Red Shirts look bad. I was angry," she said.
The subject is now also taboo in her home.
For the wounds to heal and for Thais to move on from the political turmoil, some say it must come from the grassroots of society.
"Reconciliation requires reconnection, neighbour with neighbour and community with community," said a recent Bangkok Post editorial.
"True reconciliation will not come from the top. It will come from this country's people."